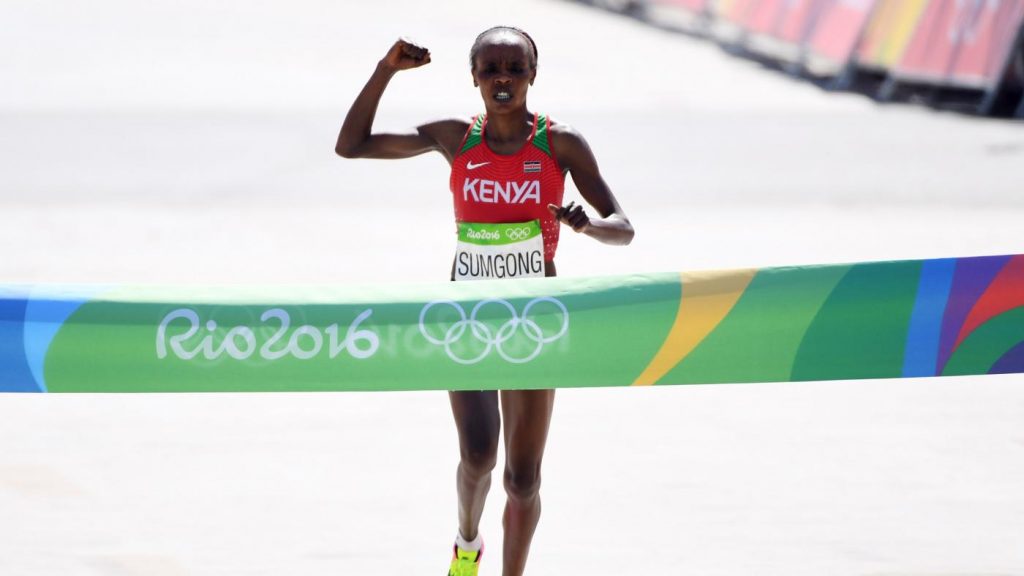 Jemima Sumgong banned for doping[/caption] Jemima Sumgong, the first Kenyan woman to win an Olympic gold in the marathon when she triumphed in Rio last year, has been banned for four years after an out-of-competition dope test. The International Association of Athletics Federations (IAAF) announced on April 7 this year that the 32-year-old Kenyan tested positive for the banned blood booster EPO. The Anti-Doping Agency of Kenya (Adak) on Tuesday handed the 2016 London Marathon champion the mandatory four-year ban after the Sports Dispute Tribunal found the athlete culpable for a doping offence. According to a ruling by the Tribunal signed by chairman John Ohaga on October 31, this year, Sumgong will remain banned from April 3, this year for a period of four years after she broke Article 10.2.1 and 10.11.2 of the Anti-Doping Rules (ADR) and Wada Code. Sumgong has the right to appeal provided under Article 13.2.1 of Wada Code and Rule 42 of the IAAF Competition Rules and Article 13 of ADR. The runner was found to have tested positive for the banned blood-booster Erythropoietin (EPO) in an out-of-competition test carried out by the IAAF in February this year. Sumgong failed to request for B-Sample test but instead responded to a notice from IAAF claiming that she consulted unnamed doctor at the Kenyatta National Hospital on February 23, this year for severe bleeding resulting from previous night travel and that she was given a blood transfusion in addition to other unknown medication, which she had not disclosed to Doping Control on February 28. Sumgong stated that it was unfortunate offence and unintended.]]>