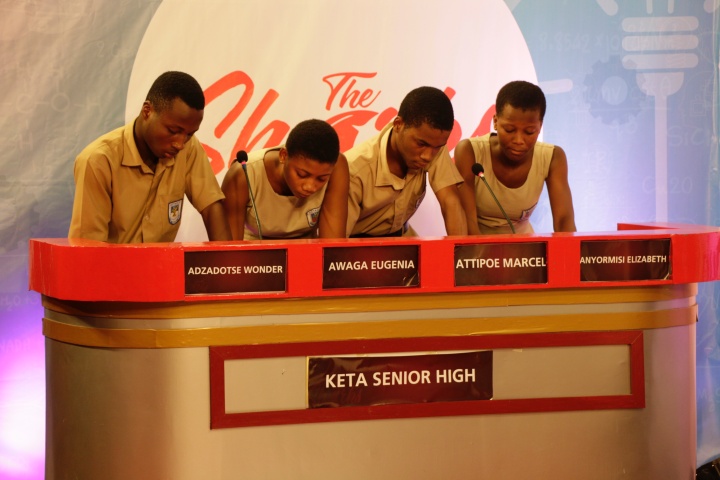 There couldn’t have been a keener academic contest between any two of Ghana’s formidable schools. When the ballot drew Voltarian greats, Keta Senior High with Accra giants, Accra Academy in the knockout stages at the Sharks Quiz, many predicted an enthralling contest between these two renowned schools. But not many foresaw that it will go down the wire, literally, and a quote by Former UN Gen. Secretary ban Ki Moon will determine the winner. Yet it did.

This season’s edition of The Sharks has seen nail-biting first round contests such as between Presec, Legon and St. Augustine’s College, between Mawuli Senior High and Pope John SHS, and between St. Thomas Aquinas and St. Peters SHS. Which of the two schools was going to join the other six schools that have already qualified to the quarterfinal stage. Team #Dzolali or Team #Bleoo?

In a high scoring contest, it was all business from the schools right from the onset. Both schools were tied at the end of 4 rounds with 165 points each thanks to successive right answers in the Science one on one round by the young science genius Richmond from Accra Academy. However it was Ketasco’s Wisdom that got the all-important tie breaker question, answering right on former UN General Secretary Bank Ki Moon’s famous quote. Now or never indeed. 185 to 175 points it ended. 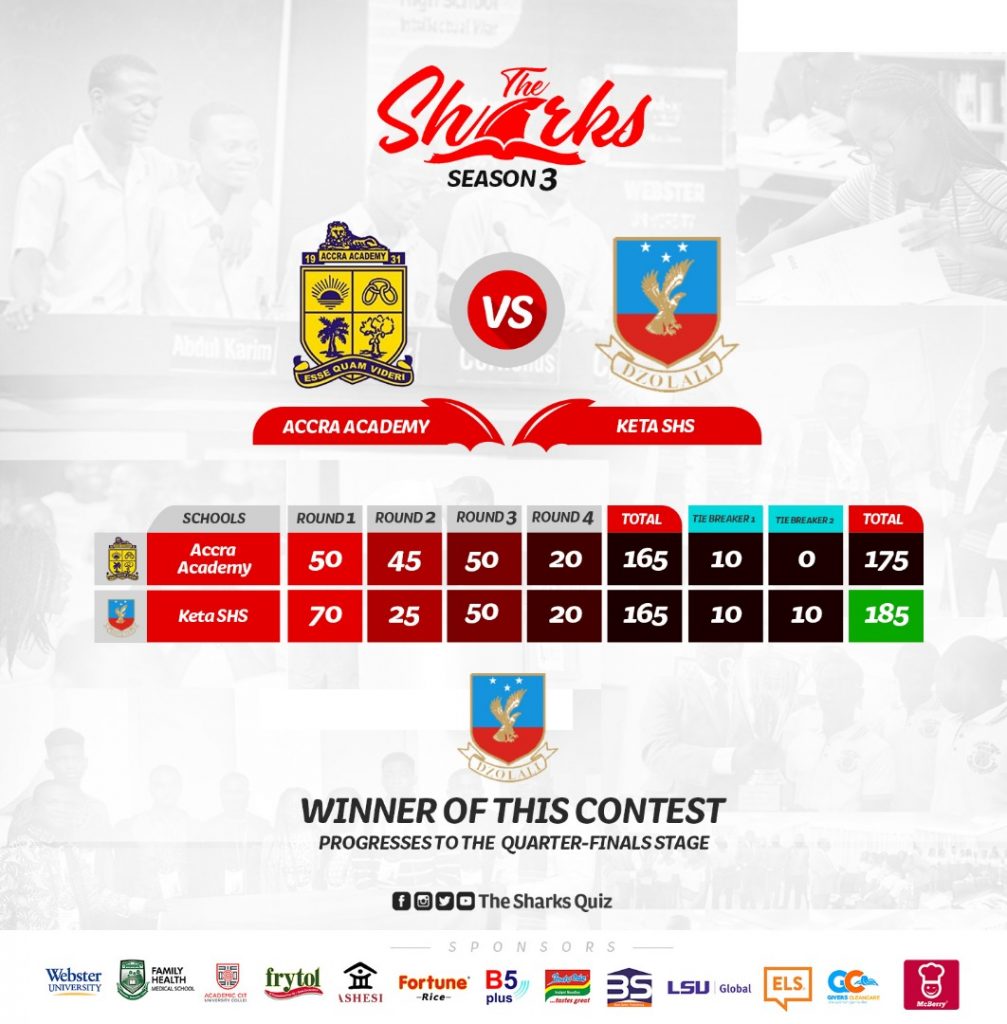 At the juniors level, the contest between Services Basic School and La St Paul JHS was closely fought  till the STEM round where Services Basics took a commanding lead and eventually won the contest. 120 to 40 points it ended.

Next week, former Champions Ghana Christian International High from Dodowa will face off with newcomers Sonrise Chrisitian High, in a battle of the “Christian Highs”.