Former AC Milan player, Kevin-Prince Boateng and his Italian-American wife Melissa Satta have reportedly broken up and have secretly filed for divorce.

According to reports from The weekly magazine Oggi, the two spent the holidays as a separated couple and were on the verge of divorce. 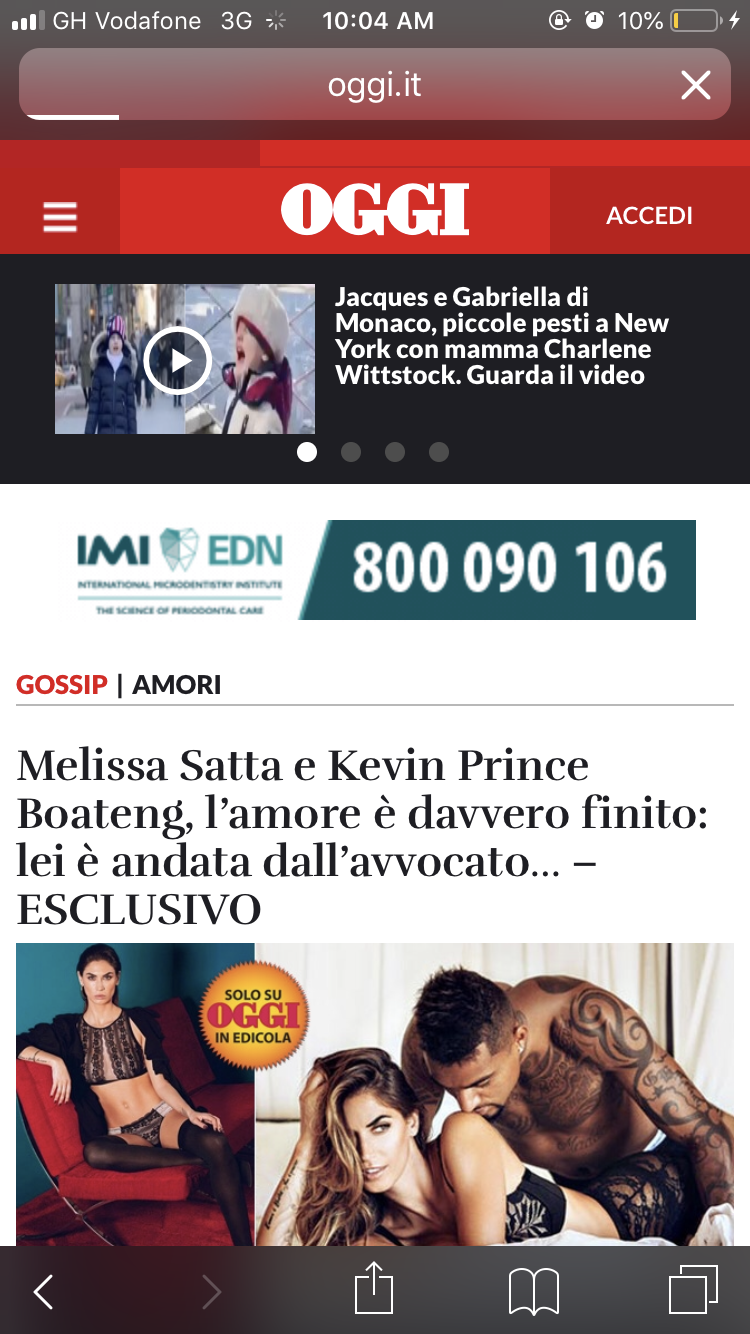 The Sassuolo player married Satta in 2016 and they have a son together, four year-old Maddox.

Satta reportedly deleted all pictures of them on social media last month and that has fuelled speculations they are divorced.

The 38-year-old has reportedly responded to the rumours saying: “As long as I have the ring on the finger means that I am still a married woman.”

Boateng divorced his first wife Jennifer in 2016 after the duo quarreled over his womanizing ways.

They had a son called Jermaine-Prince.

Related Topics:Kevin-Prince Boateng
Up Next

Ex Lover of Afia Schwarzenegger, Prince Darlington, finally speaks out, says he slept with Afia out of Pity

GuiltyBeatz is ringing in the summer! The Grammy-nominated Ghanaian producer and DJ is back with another dazzling solo effort – an Amapiano-infused dance anthem ‘Universe’ featuring Pop sensation, Mr Hudson and buzzing Ghanaian singer, Twitch 4EVA. END_OF_DOCUMENT_TOKEN_TO_BE_REPLACED

The host of Joy FM’s Strong and Sassy, Animwaa Anim-Addo, has tied the knot in a private ceremony. END_OF_DOCUMENT_TOKEN_TO_BE_REPLACED

Grammy award-winning Nigerian musician, Burna Boy is trending on Twitter over his choice of outfit at a recent concert. END_OF_DOCUMENT_TOKEN_TO_BE_REPLACED