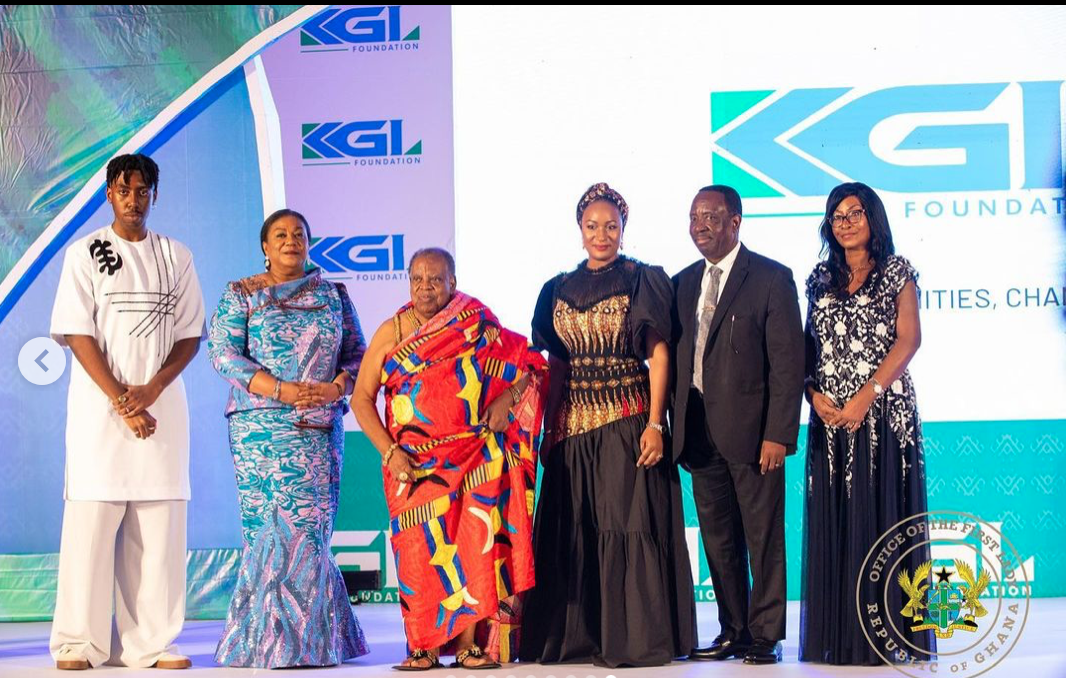 The KGL Foundation, the corporate social responsibility initiative set up on behalf of the KGL Group has officially launched in Ghana.

Although the Foundation has been up and running and providing support to various groups since the early part of 2021, it was officially launched at the Kempinski Gold Coast Hotel on Friday, April, 1.

The launch was held alongside a fundraiser and saw many dignitaries including the First and Second ladies of the Republic, Mrs Rebecca Akufo-Addo and Mrs Samira Bawumia in attendance.

Speaking at the event, the C.E.O of the Foundation, Elliot Dadey, expressed his focus on changing the way philanthropy is done in the country.

“KGL  is focused on youth empowerment, youth entrepreneurship, health and sports, arts and culture, and the main aim is to change the way philanthropy is done in this country. We really want to innovate the current system, we want to empower the youth at the centre of it because we believe the youth are the centre. They have the potential to fix all the issues that we see in Ghana today,” he told Ameyaw TV.

Mr Dadey, who joined the group as the C.E.O to spearhead the affairs of the foundation added that he and his team’s focus is to involve the groups they help and make them the centre of it.

“I came on board with a singular goal and that is  really put the people you want to help at the centre of everything. They’re so many foundations that come to help people but fail to focus on the group and their needs. We collaborate with the groups we help, we don’t just give them money,” he added.

Listing some of the projects the foundation has embarked on so far, Mr Dadey was super proud of the work they have done in partnership with the Ghana Football Association to redo the juvenile league.

“We’ve redone the juvenile league in partnership with the GFA, we are also partnering with the Achievers Ghana based in Nima which is focusing on helping girls who are forced into child marriage get an education  to realise their dreams,” he stated.

In response to source of funding for the foundation, Mr Dadey stated that the mai. source was from the KGL Group, however, the foundation is open to partnerships.

“Our main funding is primarily from the KGL Group but we’re open to accepting partnerships and funding from other sources,” he added.

The Programs Manager of the Foundation, Nii Sarpeh, expressed the foundation’s need to improve lives and provide support where needed.

“For us as a foundation, we want to carve a niche for our society. We want to see people’s lives improved, and that means we need to identify vulnerable, disadvantaged, and marginalised people in the society and provide support. We want to improve people lives,” he stated.

About the KGL Foundation:

The KGL Foundation is a corporate social responsibility initiative set up on behalf of the KGL Group. The Foundation focuses on youth empowerment, arts & culture and health & sports. Their approach is to collaborate, innovate and empower all local grassroots organizers working in these areas, ensuring they have the resources to improve and safeguard their own societies.

Watch video from the event below;

Ghanaian actor and socialite, Don Little, has made a passionate appeal to his colleague Kwadwo Nkansah also known as Lilwin to go make peace with his ex-wife. END_OF_DOCUMENT_TOKEN_TO_BE_REPLACED

The Federal Government of Nigeria has taken legal actions against the husband of late gospel singer, Osinachi Nwachukwu. END_OF_DOCUMENT_TOKEN_TO_BE_REPLACED

From being the opening act at EL’s BAR VI concert to bagging a nomination at the 2022 3 Music Awards, Afrobeats/afro soul singer Darkua stopped by Ameyaw TV to talk about her musical journey. END_OF_DOCUMENT_TOKEN_TO_BE_REPLACED