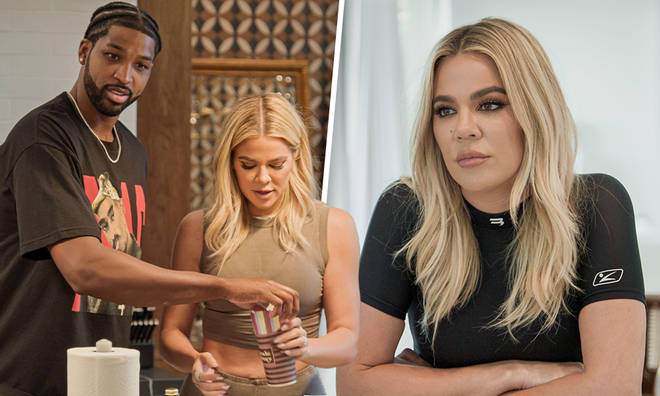 Khloé Kardashian and Tristan Thompson are expecting their second child together. The former couple is welcoming a baby via surrogate.

A source close to the erstwhile couple confirms that the baby was conceived before Thompson’s cheating scandal in December when it was revealed he had a child with another woman. Kardashian is not back together with the NBA player and they communicate about co-parenting matters, the insider adds.

“We can confirm True will have a sibling who was conceived in November. Khloé is incredibly grateful to the extraordinary surrogate for such a beautiful blessing. We’d like to ask for kindness and privacy so that Khloe can focus on her family,” the representative for Kardashian said.

The Good American co-founder has been open about wanting more children and previously explored the option of surrogacy with Thompson. At the time, they were together.

Thompson was first embroiled in a cheating scandal in 2018 when it was revealed he stepped out on The Kardashians star, who at the time was his fiancée, while she was pregnant. The duo reconciled but split again when it was reported he cheated on her with Kylie Jenner’s former BFF, Jordyn Woods.

Thompson and Kardashian continued to co-parent and got back together during the pandemic. Their relationship was rocked again when it was revealed last year that Thompson cheated — an affair that resulted in a pregnancy. The woman, Maralee Nichols, gave birth to son Theo in December making Thompson a father for the third time. He also has a son Prince, 5, with ex Jordan Craig.

June’s season finale of The Kardashians captured the reality star’s reaction to the Nichols news. She called Thompson’s behavior “despicable” and “humiliating.”

“I find out what Tristan is doing with the rest of the world, I’m embarrassed.” Khloé shared.

The couple is already parents to a 4-year-old daughter, True.

A federal judge signaled on Wednesday that she plans to order disgraced R&B superstar R Kelly to pay more than $300,000 to one of his victims in a decades-long scheme to use his fame to sexually abuse young fans. END_OF_DOCUMENT_TOKEN_TO_BE_REPLACED

Coolio, who rose to fame in the ’90s with hits like “Gangsta’s Paradise” and “Fantastic Voyage,” has died. END_OF_DOCUMENT_TOKEN_TO_BE_REPLACED

NBA YoungBoy welcomed a new addition to this family recently as his fiancée Jazlyn Mychelle gave birth to a baby boy. END_OF_DOCUMENT_TOKEN_TO_BE_REPLACED

Lil Wayne is on the move. END_OF_DOCUMENT_TOKEN_TO_BE_REPLACED