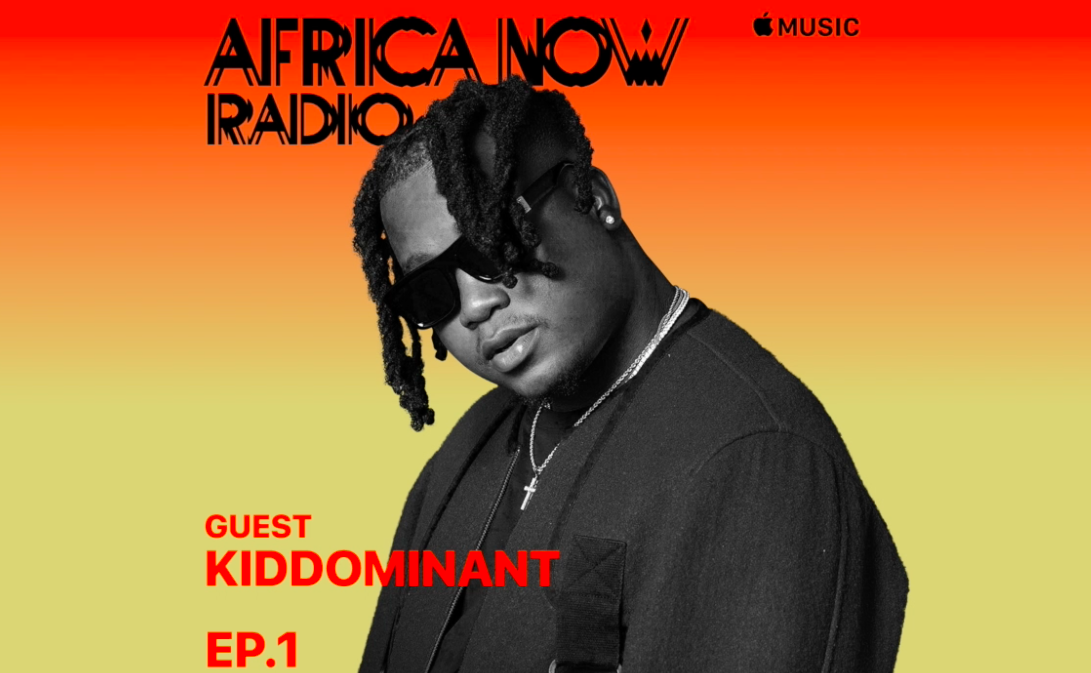 Apple Music announced this week its new show Africa Now Radio with Cuppy and we’re so excited to bring you a preview of Cuppy’s interview of Kiddominant, airing this Sunday on the premiere episode. The Nigerian Producer – known for producing African hits such as Davido’s “Fall” and AKA’s “Fela In Versace” – tells Apple Music about his new single ‘eWallet’ featuring South African superstar rapper Cassper Nyovest, transitioning from producer to artist, his love of South Africa and more.

Apple Music recently launched in 52 new countries, most of which are in Africa, the Africa Now playlist on which this new show is based, and ‘At Home With’, a series of inspirational playlists exclusively curated by some of Sub-Saharan Africa’s top artists, including Simi, Diamond Platnumz, Fireboy DML, Adekunle Gold, Rayvanny, Oxlade, Elaine, Sun El-Musician, Ami Faku, A-Reece, Master KG and Die Heuwels Fantasties.

With Africa Now Radio with Cuppy, listeners will hear the latest and greatest African artists from all corners of the continent.

Tune in and listen to the first episode this Sunday, May 31st at 2pm Lagos / 6am LA / 9am NYC only on Apple Music at apple.co/_AfricaNow

Kiddominant on Lockdown and Quarantine said:

Quarantine has been so crazy. I was opening for Davido on his tour. We did LA, we did Vegas, and we were going to do Denver when we heard the news about the coronavirus. We had to stop the tour immediately. I think for me, it’s been a period where I’ve had to re-evolve and try some things that I never used to try before. I started getting more active on my social media, especially Instagram.

Kiddominant On Transitioning From Producer to Artist comments:

I always wanted it to be very organic and that’s exactly what happened. It was very, very, very organic. It started from ‘Fela In Versace’. You feel me? It was when I went to South Africa and I met AKA and we did a song, and boom. I was doing shows. I was getting flown on private jets, city to city, in South Africa. And I was like, “yo, this is crazy. I’m just somebody that makes beats, and now I’m on stage, shouting in stadiums”. It was really crazy and it was very organic and that’s what’s most important to me.

Kiddominant on His Love of South Africa said:

Davido’s “Fall” went crazy. It was the first Afrobeats record to actually go platinum in South Africa. It went three times platinum. I was like “yo, let me go to South Africa, let me see what’s going on there”. So I went to South Africa and I felt like I needed to do something, work with the artists there, spend more time there, do stuff.

Kiddominant on His New Track ‘eWallet’ and Working With Cassper

I had made a post on my Instagram saying I want to make a project with just South African artists and Cassper reached out and was like, “Yo bro, let’s do something”. And immediately, boom, I send him a record in like two days. He went crazy.

“eWallet” is a blend of West African and South African sounds, which is this new ‘South Afrobeats’ genre I’m pioneering. And this is a first of its kind. This is the first time you get to hear anything like this. I’m dropping a whole project of this sound, so it’s going to be crazy. It’s going to be really, really crazy. It’s like a blend of South African sounds and Afrobeats.

Kiddominant on Artists He Wants to Collaborate With: