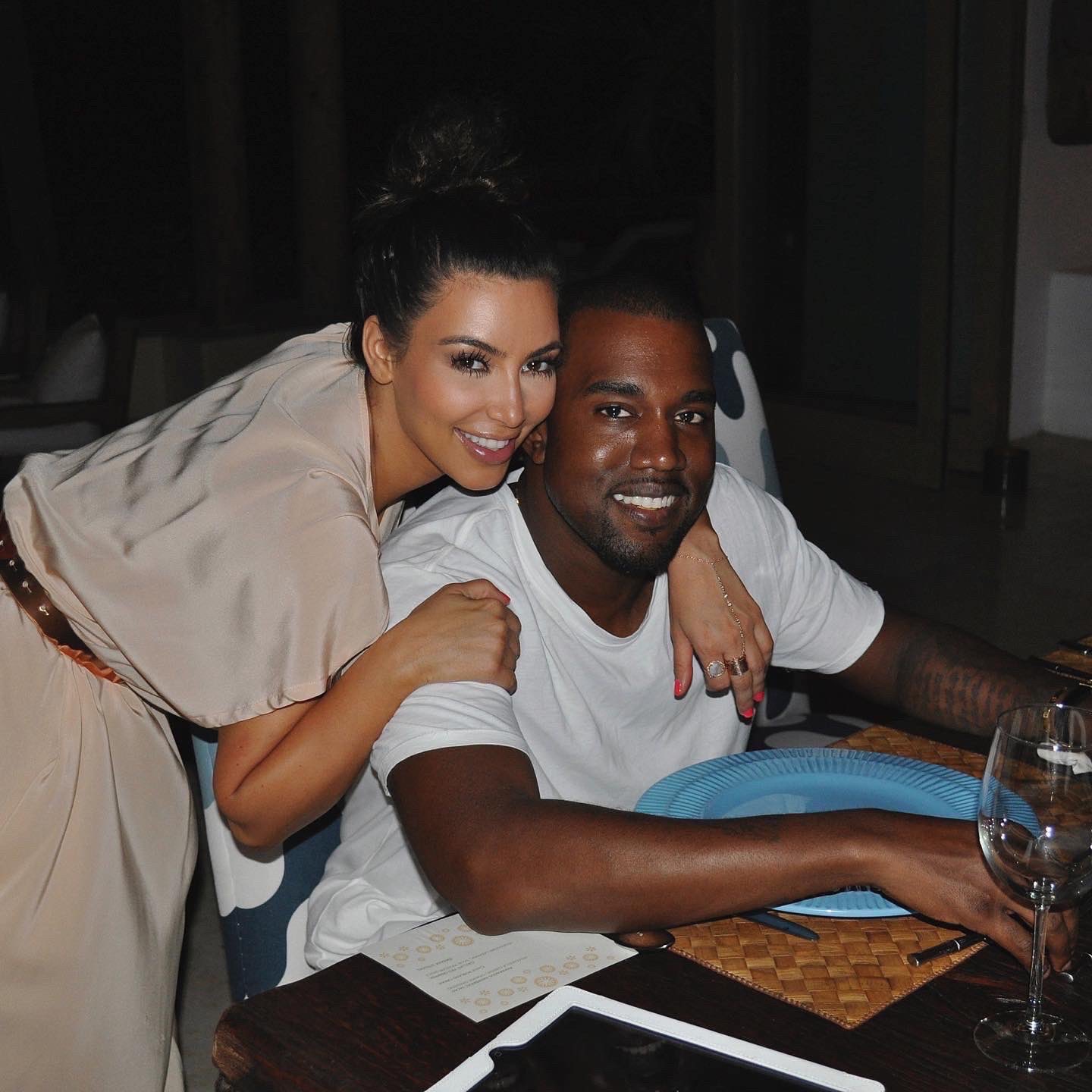 Kim Kardashian shared two pictures with her rapper-husband Kanye West on Sunday, May 24, to wish him a happy anniversary.

Captioned, “6 years down; forever to go. Until the end”, the first picture showed the reality star planting a kiss on her husband’s cheek and both of them sporting smiles in the latter one.

6 years down; forever to go

Kanye and Kim who have grown to become a family of six, share a relationship that goes way back in time and holds special for making the duo realize several things, which has brought them where they are today.  Although Kim and Kanye have officially been a couple for about five years now, Kanye was truly smitten with his beloved wife the first time he saw her in 2003. Recollecting one of the most precious moments of his life, the rapper told Ryan Seacrest in 2013, “I remember I saw a picture of her and Paris Hilton, and I remember telling my boy, ‘Have you seen that girl Kim Kar-dijon?”

While Kim built a reputation for herself for only dating sports stars for many years, including the football running-back Reggie Bush, Kanye, who was unable to hide his feelings for her, performed a verse in Keri Hilson’s ‘Knock You Down’, where he is heard saying,  “You were always the cheerleader of my dreams / Seem to only date the head of football teams / And I was the class clown that always kept you laughing / We were never meant to be, baby we just happened. You should leave your boyfriend now.”

Later, when Kanye heard about Kim’s wedding to Kris Humphries, he did everything he could to stop her from tying the knot with the NBA player in 2011.

During his appearance on “Kocktails of Khloe”, Kanye revealed, “I got a phone because somebody decided they wanted to marry Kris Humphries. I started sending her pictures of, like, certain basketball players that used to be cool that now they wear their pants all the way up to here. Like, ‘This is your future.’”

And, when Kim and Humphries’s infamous marriage came to an end in 72 days, Kanye wasted no time and expressed his love for Kim by including her name in his song ‘Cold’, in which he says, “And I’ll admit, I had fell in love with Kim / Around the same time she had fell in love with him / Well that’s cool, baby girl, do ya thang / Lucky I ain’t had Jay drop him from the team.”

However, it wasn’t just Kanye who was waiting to try his luck with Kim while she was about to get married to someone else. Kim also had developed similar feelings for Kanye only a few days before marrying her former husband. According to Teen Voge, during the 10th anniversary of ‘Keeping Up With the Kardashians’ Kim shared, “Right before I got married to Kris Humphries, [Kanye and I] were talking, and I just went a different direction, I think I had to go through that to figure out what I wanted.”

When she was going through a rough patch following her breakup to Humphries, Kanye invited her to one of his fashion shows in Paris, which marked the beginning of their romantic journey. They started dating in April 2012, while still legally married to Humphries. They got engaged on Kim’s 33rd birthday on October 21, 2013, and married in May 2014.

Despite the long wait Kanye managed to win Kim’s heart and now, the two seem to be in it for the long haul.

END_OF_DOCUMENT_TOKEN_TO_BE_REPLACED

“What do celebrities & influential leaders believe in?” As you know, celebrities and influential leaders are role models for young and old generations, and they can influence society and impact the world negatively and positively. Spiritual leader and multi-award-winning life coach Asim Aliloski has seen that successful people on top of their game have been searching for a higher power. END_OF_DOCUMENT_TOKEN_TO_BE_REPLACED

American rapper, Kanye West has reacted to the news of the end of the relationship between his ex-wife Kim Kardashian and Pete Davidson. END_OF_DOCUMENT_TOKEN_TO_BE_REPLACED

Prosecutors are reportedly asking the federal court to seize about $28K from R Kelly’s prison-inmate account since he has $140,000 in court-ordered fines. END_OF_DOCUMENT_TOKEN_TO_BE_REPLACED

Elon Musk has accused the social media platform, Twitter, of fraudulently holding back information about the company as part of a countersuit. END_OF_DOCUMENT_TOKEN_TO_BE_REPLACED