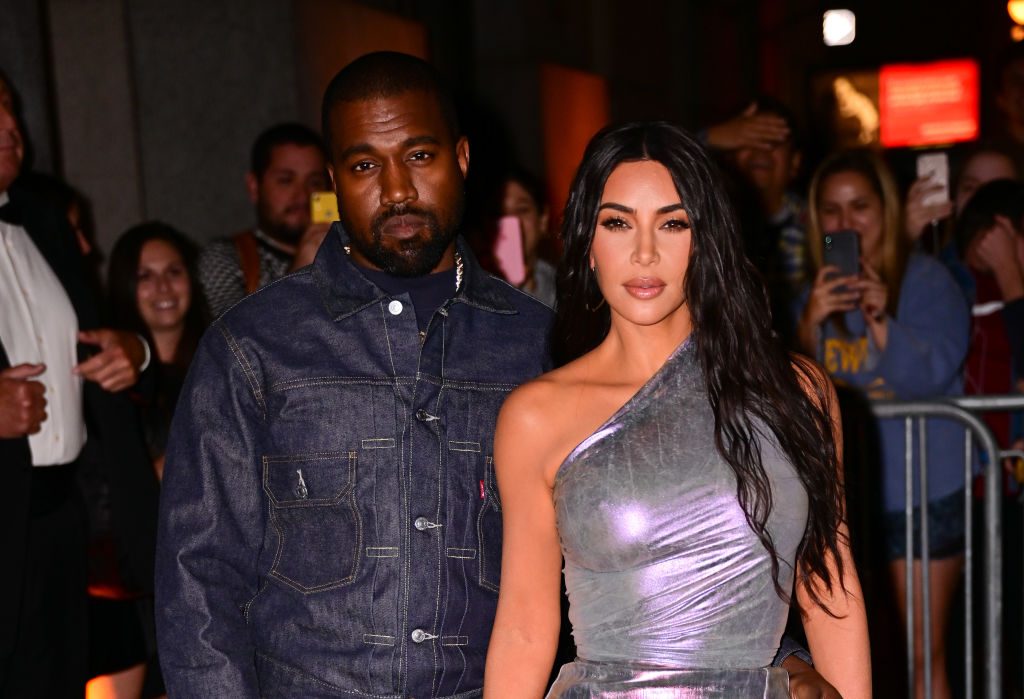 Last week, a video surfaced and went viral of a man falling off a horse in what appeared to be a church.

Fans took the video to be Kanye West’s latest eccentric religious appearance, claiming that he was captured in the video falling off a horse during a Sunday Service.

Memes of the clip quickly made their social media rounds. 50 Cent, Snoop Dogg and others shared the video, which was titled “Kanye fell off his horse.”

Uncle Snoop chimed in on his own post, writing, “Who is that ni**a on dat nare.”

Now, Kim Kardashian has come to dispel the rumors and shame media who reported that the man on the horse was in fact Kanye.

“Please where is the fact checking?!?! I have seen this false story circulating,” she tweeted on Sunday (Jan. 12). “This is not Kanye and this is not the Sunday Service Choir.”

Please where is the fact checking?!?! I have seen this false story circulating. This is not Kanye and this is not the Sunday Service Choir. https://t.co/kEaP1zyvrn

This is not the first time Kim has come to her husband’s defense. Last month, Kim appeared on “Ellen” and addressed the widespread photo of Kanye in head-to-toe silver, which was a part of his Mary opera that he brought to the Art Basel fair in Miami.

“He was doing his opera on Mary and the story of Mary and so everyone was silver,” she explained. “I think the next day, or the day after even, he came home and I was looking at him across the kitchen table and I’m like, ‘Wait, what’s in your ear?’ And I came up to him and was like, ‘Oh, it’s silver paint.’ It must take a long time to get out.”

Netflix says “Squid Game” is its biggest series launch of all time. END_OF_DOCUMENT_TOKEN_TO_BE_REPLACED

Tyga is facing accusations of domestic violence from his ex-girlfriend. END_OF_DOCUMENT_TOKEN_TO_BE_REPLACED

Dwayne The Rock Johnson made his rap debut with Tech Nine’s new single “Face Off”. END_OF_DOCUMENT_TOKEN_TO_BE_REPLACED

Daniel Craig has capped the launch week of his final James Bond movie by becoming the 2,704th celebrity to be honoured with a star on the Hollywood Walk of Fame in California. END_OF_DOCUMENT_TOKEN_TO_BE_REPLACED