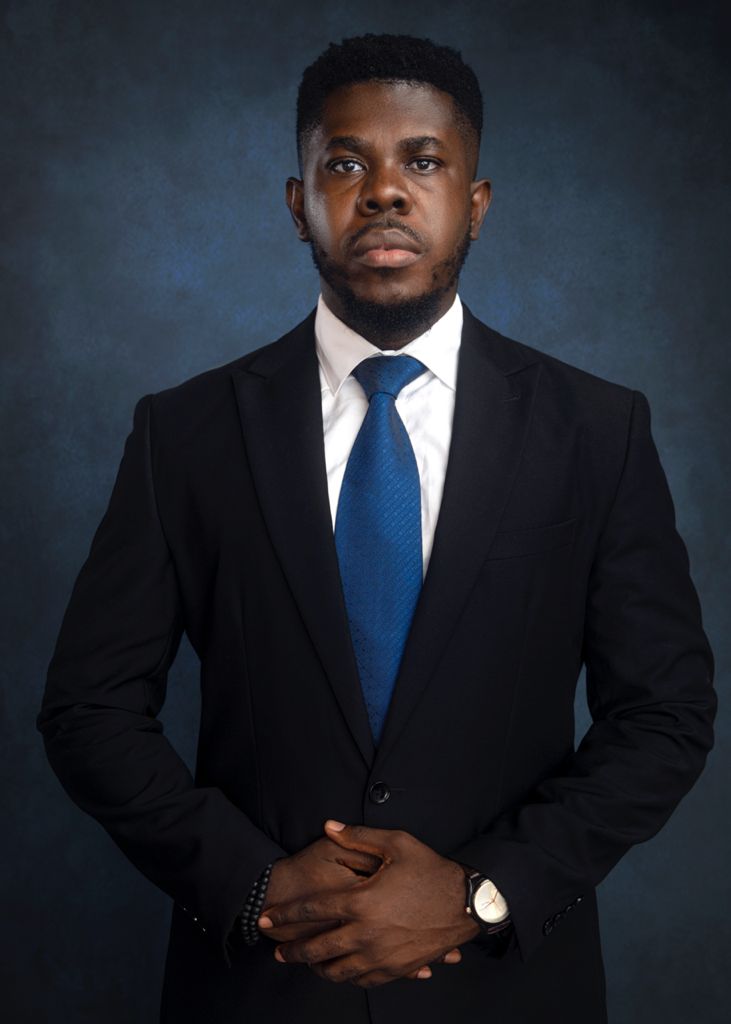 Breakthrough album is Kingzkid’ s third musical anthology. It is made of a polychrome of gospel songs inspired and designed to empower the listener to annihilate any obstacles, hindrances, or defences which hitherto had held them back from moving forward to fulfil their God-given purpose and destiny without delay or fear.

Each song carries a message and is carefully crafted to serve as empowerment shots to the listener to propel them to their next level.

The 10 track album is designed to give listeners an out-of-this-world experience.

Kingzkid featured the likes of Joe Mettle, MOGmusic, Akesse Brempong, Simiane Music and others on the album.

According to Kingzkid, Breakthrough album is expected to be one of the biggest gospel albums of the decade globally, ” I expect people to be greatly blessed and inspired to fulfil purpose through this album ”: He added

K I N G Z K I D is a Ghanaian gospel recording artist and songwriter. He is the first African Gospel Musician to win the Gospel Academy Awards Best International Act 2019 award.

Kingzkid released his first album “Vindicated” in 2011 and “Metamorphosis” in 2014. He is the President of Gifted Music Records and Founder of “Amplified” a youth movement that also hosts an annual concert dubbed Amplified Concert which aims at winning souls for Christ.

Kingzkid recently won the artiste of the decade award at the 2021 Western Gospel Music Awards. 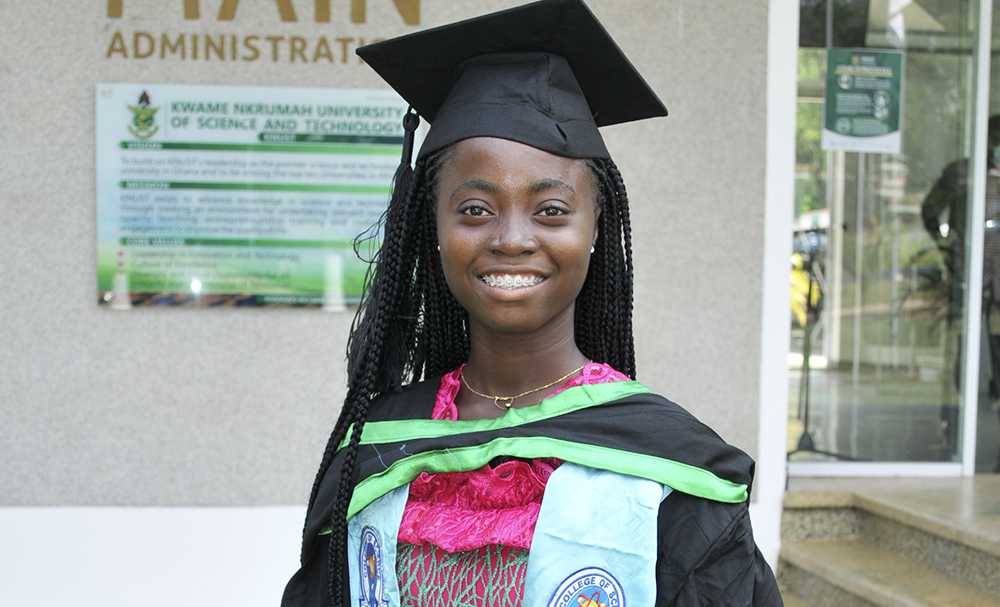 Kwame Nkrumah University of Science and Technology (KNUST) at its 55th Congregation Ceremony has graduated the youngest student who was admitted into the University in 2017.

Miss Ruth Ama Gyan-Darkwa, who now holds a BSc. Mathematics degree made waves when she was announced the first youngest student ever to be admitted into the University at age 13. This spectacular achievement brought her into the limelight creating a lot of public interest in her story.

According to her, she passed her Basic Education Certificate Examination (BECE) at age 9, while in her first year at Justice International School in Kumasi. As a result, at the age of 10, she was accepted into St. Louis Senior High School to study General Science and successfully graduated in 2017.

In an exclusive interview with Miss. Gyan-Darkwa, she confessed her journey has not been easy as expected. Although she had a very brilliant academic history, she experienced some of the uncertainties that come with tertiary education. There were times she felt nervous and wondered if she was up to the task. “I was able to overcome the many challenges because God saw me through, and I looked to him at all times. Also, I had my eyes focused on the end goal,” she said.

“Some of my course mates felt intimidated because they thought I was too brilliant. Others wondered if I was cut for the journey. All these brought me to the point of questioning my potential but found solace in how far I have come, the support I received and the future that awaits me.”

Miss. Ruth sharing the brighter side of her experience revealed the support of the President, H.E Nana Addo Dankwa Akufo-Addo, and the second lady, H.E Samira Bawumia who gave her a laptop and 4-year scholarship respectively.

Her father, Mr Kwadwo Gyan-Darkwa, a Mathematics and Physics tutor at Prempeh College, expressed great delight in the daughter and how her achievements have brought joy to the family.

Miss Ruth encouraged those who are yet to begin their tertiary journey to believe in themselves, look up to God for help and be ready to embrace the challenges and lessons that come alongside.

She plans to pursue a master’s degree and a PhD. 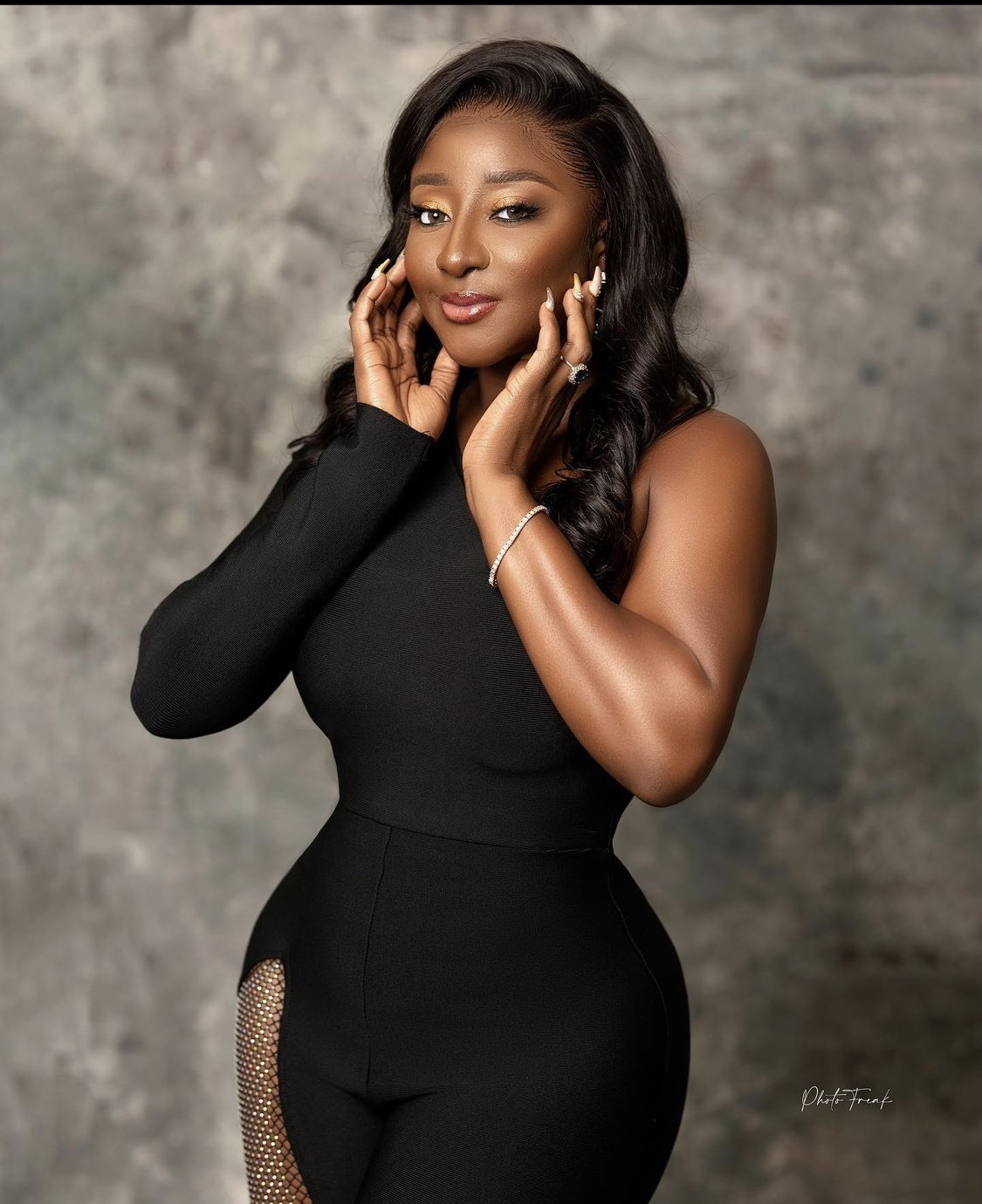 In an interview with Stella Dimoko Korkus, the actress revealed that she used a surrogate mother to carry and birth her daughter.

She said, “I do have a daughter and I had her through surrogacy. The eggs are mine and so genetically, she’s my blood. I chose this path to fulfil my dream of becoming a mother.”

On her baby’s father, Edo said, “I opted for a donor for me and my baby’s peace of mind.” 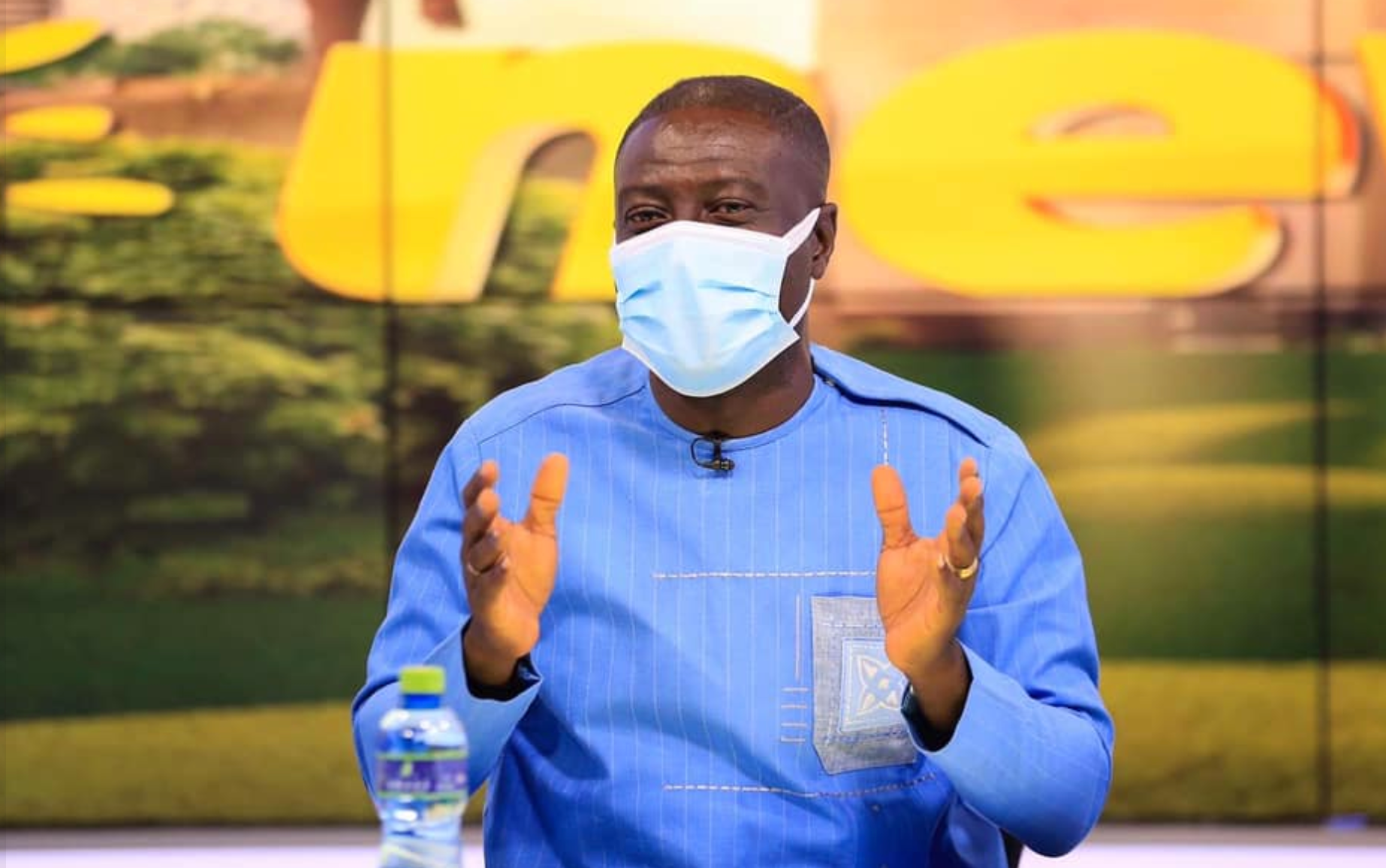 Controversial broadcaster, Blessed Godsbrain Smart popularly known as Captain Smart of Media General has been arrested over his commentary on radio. END_OF_DOCUMENT_TOKEN_TO_BE_REPLACED 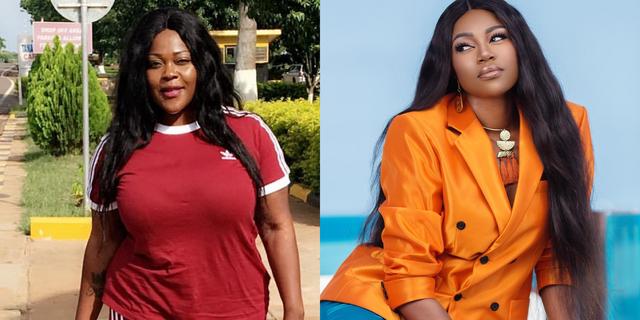 An Accra High Court has awarded Yvonne Nelson GH500,000 in a defamation case against Mona Gucci for malicious statements she made about the award-winning actress on Accra-based Neat Fm. END_OF_DOCUMENT_TOKEN_TO_BE_REPLACED 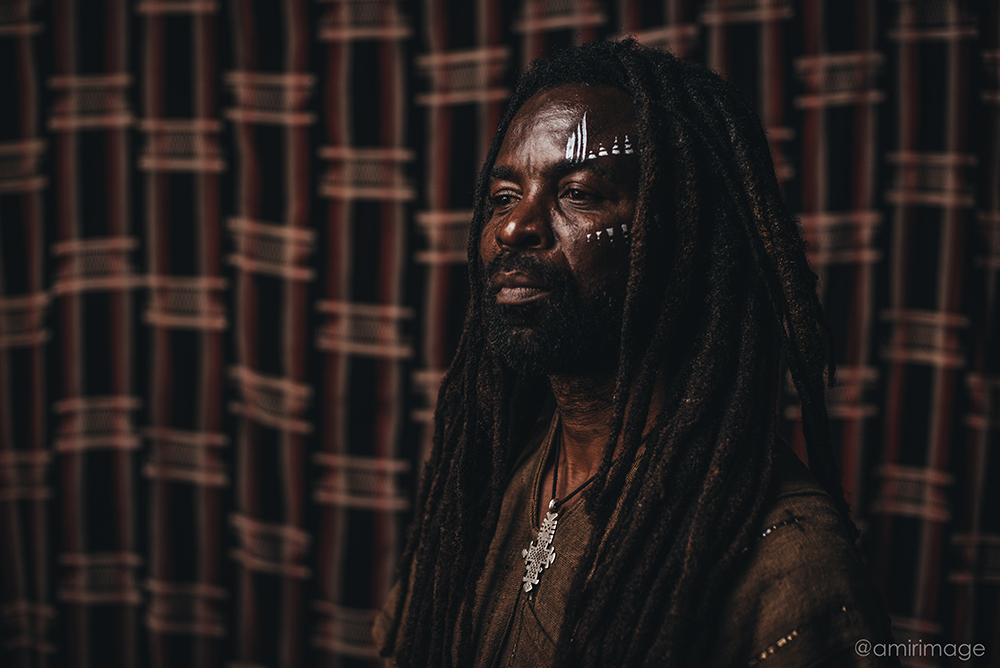 Two-time GRAMMY-nominated artist, Rocky Dawuni has sent out a plea to Ghanaian musicians and their fans to focus less on ‘beef’ and more on collaboration to help grow the music industry. END_OF_DOCUMENT_TOKEN_TO_BE_REPLACED To mark the third anniversary of the Mandela 100 festival, international advocacy organisation, Global Citizen, has announced that over 12 million lives have been impacted this year across Africa, and the world, adding to the 105 million lives reported last year. Impact from commitments announced at Mandela 100 now totals over 117 million people having benefited from pledges made at the ground-breaking festival in 2018 – which brought together world leaders, philanthropists, and the private sector to make commitments towards achieving the UN’s Global Goals, to end extreme poverty and its systemic causes.

Despite the COVID-19 pandemic, more than $4.7 billion of the total $7.2 billion in funding announced during the Mandela 100 campaign have been disbursed and allocated to key organisations on the front line of ending extreme poverty, in all its forms, and to communities in need around the world.

Over 70,000 Global Citizens, artists, and global leaders came together at the FNB Stadium in Johannesburg, South Africa, on 2nd December 2018, united behind one mission to honour the life of Nelson Mandela in his centenary year. The event commemorated the legacy of a man whose extraordinary vision for peace and equality still resonates today with the hearts and minds of Global Citizens across the world.

By 2020, more than 105 million lives had been impacted by the commitments announced as part of the Mandela 100 campaign in 2018. Now one year on, Global Citizen can announce that a further 12 million liveshave been impacted from delivery of these pledges. Through pledges made at the festival, interventions have been vast, urgent, and critical for communities experiencing the compounded effects of extreme poverty and COVID-19.

Pledges have resulted in accelerated action to end child marriage, and the delivery of antiretroviral therapeutics to more than 5.1 million South Africans; efforts are underway to map the spread of river blindness in Guinea, Nigeria and Senegal, and computers and other educational equipment and facilities that enabled students to continue attending classes online during COVID-19.

Precious Moloi-Motsepe, Co-founder and Chairperson of the Motsepe Foundation said:
“We are pleased with the progress we’ve made relating to our Global Citizen Mandela 100 commitments despite the Covid-19 challenges. We are committed to contributing to improving the living conditions and standards of living of millions of people in South Africa, the rest of the African Continent and the world.”

Chebet Chikumbu, Global Citizen’s Africa Regional Director said:
“Despite the ongoing pandemic, we’ve been working closely with our partners to ensure funds are being dispersed to communities most in need in Africa and across the world. Over the next year, we will continue to deliver on the accountability tied to Mandela 100 campaign pledges made, helping millions of the world’s most vulnerable combat poverty daily, while mitigating the ongoing personal implications and economic impacts of COVID-19.”  ​​

Global Citizen remains committed to bring Nelson Mandela’s dream into reality by ending extreme poverty. In order to achieve the United Nations’ Global Goals, including Global Citizen’s mission to end extreme poverty by 2030, we must end poverty in all its forms.

MultiChoice and Africa Magic Announce the Eighth Edition of the AMVCAs