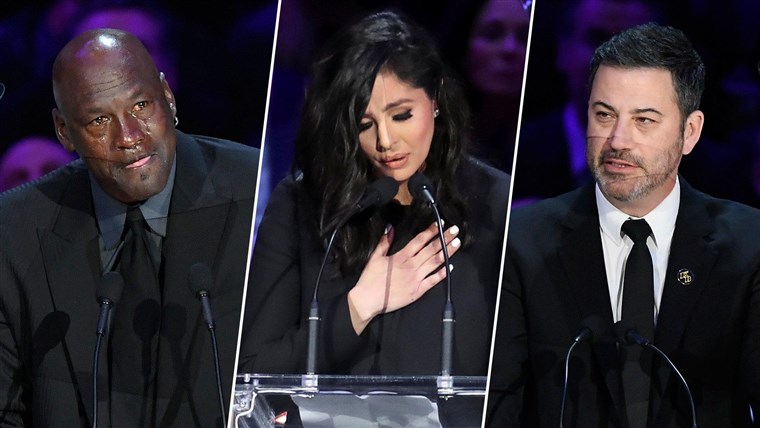 The widow of Kobe Bryant is suing the owner of the helicopter that crashed last month, killing her husband and 13-year-old daughter, Gianna.

Seven others died when the helicopter crashed in fog on 26 January. In the lawsuit, Vanessa Bryant says the pilot was negligent for flying in such poor weather. It was filed shortly before a memorial service held in Los Angeles.

Island Express Helicopters and the pilot, Ara George Zobayan, had a “duty to use that degree of care that an ordinarily careful and prudent pilot would use under the same or similar circumstances,” the suit says.

According to the BBC, Island Express Helicopters was limited to operating when the pilot was able to see clearly while flying. The aircraft – a Sikorsky S-76B – went down into a hillside outside the city of Calabasas. Conditions were foggy when the flight took off, and local police had grounded their helicopters due to the poor weather.

The suit alleges that pilot Zobayan – who died in the crash – did not assess weather data before taking off. The suit says the pilot did not abort the flight despite the treacherous conditions. The company authorised the flight “with full knowledge that the subject helicopter was flying into unsafe weather conditions”, the complaint says.

Meanwhile Basketball star Michael Jordan helps Vanessa Bryant down from the stage at her late husband’s memorial Bryant and Gianna were remembered in a “Celebration of Life” memorial at the Staples Center in Los Angeles on Monday.

Beyoncé opened the service with her 2013 hit XO, which she said was one of Bryant’s favourite songs. Basketball stars Michael Jordan, Magic Johnson and Bryant’s former teammate Shaquille O’Neal were among those attending. The Staples Center was Bryant’s home arena for much of his 20-season career with the Los Angeles Lakers.

Speaking at the event, Ms Bryant said of her husband: “He was mine. He was my everything,” and called her daughter Gianna an “amazingly sweet and gentle soul” whose smile took up her entire face.

Related Topics:Kobe Bryant
Up Next

China bans trade, consumption of wild animals due to coronavirus