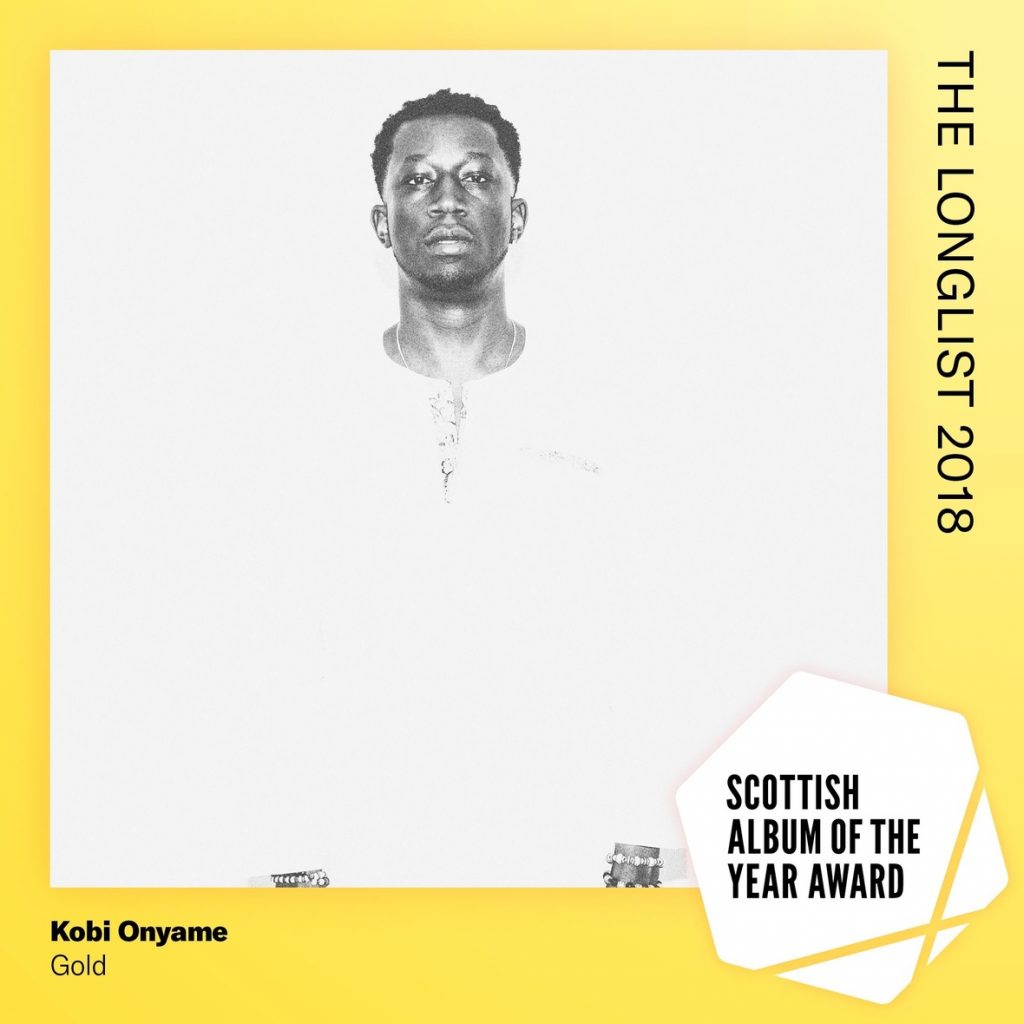 The SAY Award is a prestigious and exciting arts prize produced by the Scottish Music Industry Association (SMIA). Boasting a lucrative £20,000 prize for the winner and nine runner up prizes of £1,000 each, the award celebrates, promotes and rewards the most outstanding Scottish albums released each year.

Kobi Onyame‘s album ‘Gold’ was released on September 1st 2017 to critical acclaim. Boasting excellent reviews and stand out tracks including ‘Chosen Ones’, ‘Wedadi’, ‘Gold’ and ‘Still We Rise’. The self produced and released album is Kobi’s third album and his first SAY Award nomination. The album mashes hip-hop undertones with the traditional highlife and afrobeat rhythms of his Ghanaian heritage.