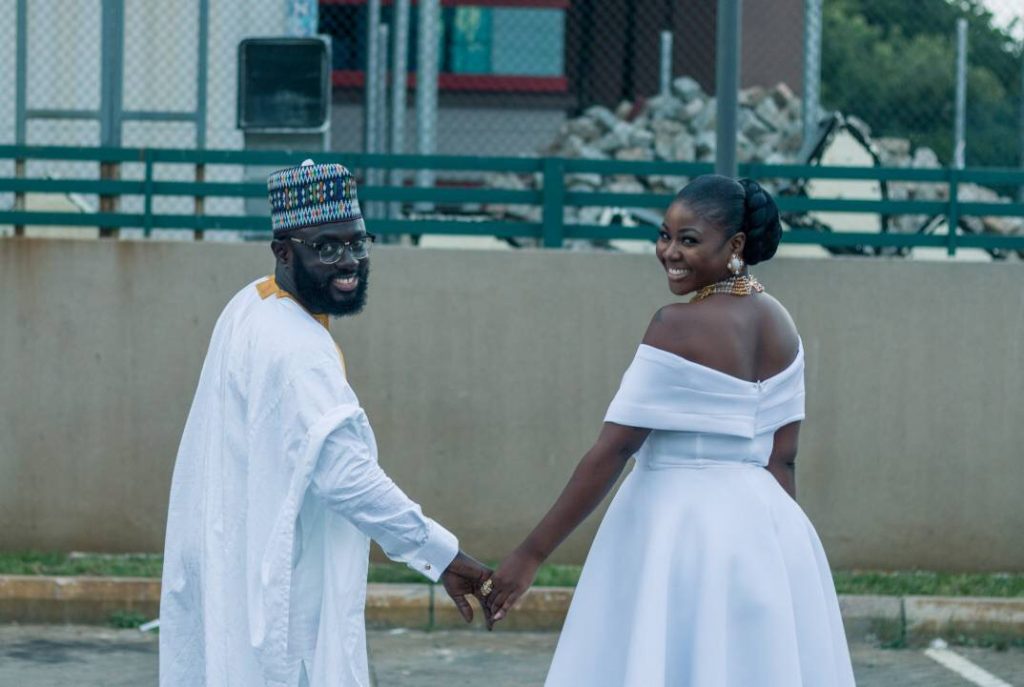 KOFAS is not my sponsor, I work hard for my money – Actress Salma Mumin[/caption] Ghanaian actress Salma Mumin is fed up with people throwing dirt on the source of her income. After many speculating the actress and creative director of Kofas media, Kofi Asamoah are an item, the former has taken to Instagram to set the record straight about their relationship.

Mumin embarked on an Europe last month, traveling to some of the most exotic places in the world and sharing all the photos on Instagram page. Her luxurious experiences raised eyebrows as Kofas was also happen to share vacation photos from same Santorini location around the same time .

//www.instagram.com/embed.js
Some news outlets reported that the two rumored “love Birds” were out of the country in Greece holidaying as a prelude to their alleged wedding later this year. A popular Instagram Page known for its humorous posts, notoriety and spilling some celeb gossip further alleged that Kofas has used his capital to buy the Actress a Range Rover and also sponsored her Europe vacation tour.
The post got Salma angry as she took time to explain to her fans how her ‘unseen sweat’ and food business is actually paying for her good life and nothing from the “Boys Kasa” director.
[caption id="attachment_128047" align="alignnone" width="600"] 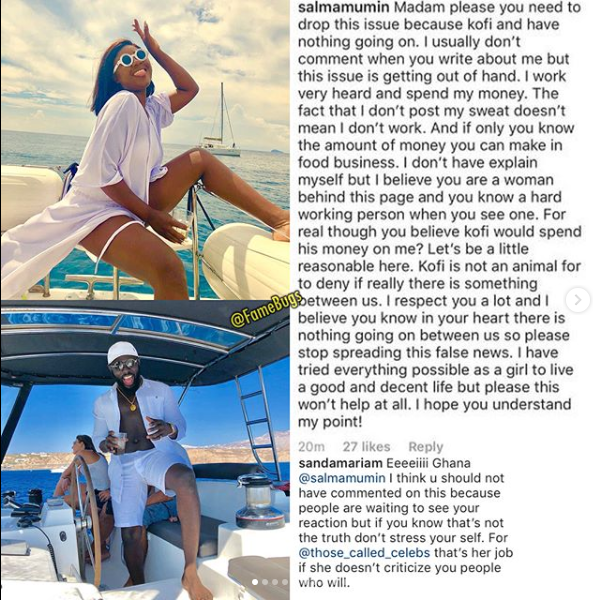 KOFAS is not my sponsor, I work hard for my money – Actress Salma Mumin[/caption]
After explaining her source of income, the Salma’s Eatry CEO, noted that Kofi Asamoah is not “an animal” for her to deny having a relationship. And called for the false news about they dating him to be rubbished.
]]>
Related Topics:ActressKofasKofi AsamoahSalma Mumin
Up Next

Medikal shares money and food on the streets of Nima

Leading online betting and gaming company betPawa have provided IT equipment to the Gaming Commission of Ghana for the creation of a Responsible Gaming Call Center at the Commission. END_OF_DOCUMENT_TOKEN_TO_BE_REPLACED

Comic & satirical artiste, Wicked Queen J has intensified her beef with comic actor, DKB with a reply to his jabs following the release of her controversial ‘Ayew’ single. END_OF_DOCUMENT_TOKEN_TO_BE_REPLACED

Fast rising music star from Ghana: King Enam has never stopped being consistent with his craft since day one of his inception onto the music scene in Ghana.
END_OF_DOCUMENT_TOKEN_TO_BE_REPLACED