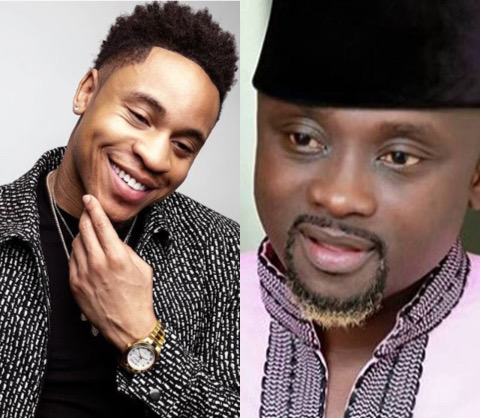 Highlife musician Kofi Nti is planning to take legal action against Nigerian-American singer, Rotimi for allegedly ‘sampling’ his song without his permission.

The Empire artist has been accused of ‘stealing’ lines from Kofi Nti’s song shortly after he was reported to have pulled down Mr Drew’s ‘Eat’ song for similar actions.

Ghanaians have since called on the highlife legends to address the issue just as Rotimi’s team did to Mr Drew.

Reacting to the now viral video in an interview, Kofi Nti threatened to sue Rotimi and his team for sampling his song without his permission.  He told Akwesi Ampofo, host of ‘Timebrunch’ on Time FM in Obuasi, that his lawyers are putting things together to take legal action against the US-based singer.

Listen to the interview below:

Watch: Did Michael Jackson ever sing in Fante? Kofi Kinaata hilariously reveals why he won’t sing in English

In order not to get her heart broken again, Gambian actress, Princess Shyngle has laid down some rules when it comes to dating her. END_OF_DOCUMENT_TOKEN_TO_BE_REPLACED

Legendary Ghanaian rapper, Obrafour has shared words of encouragement to Kweku Flick after meeting the young rapper for the very first time. END_OF_DOCUMENT_TOKEN_TO_BE_REPLACED

Ghanaian Dancehall artist, Shatta Wale has taken a visit to the management of Ebony Condoms to apologise for his absence at the Hogbetsotso festival. END_OF_DOCUMENT_TOKEN_TO_BE_REPLACED

Cameroon goalkeeper, Andre Onana, has finally broken his silence after being kicked out from his side’s World Cup squad. END_OF_DOCUMENT_TOKEN_TO_BE_REPLACED

Over the week, Ghanaian actress, Fella Makafui was spotted in a sweet Chevrolet Corvette. END_OF_DOCUMENT_TOKEN_TO_BE_REPLACED