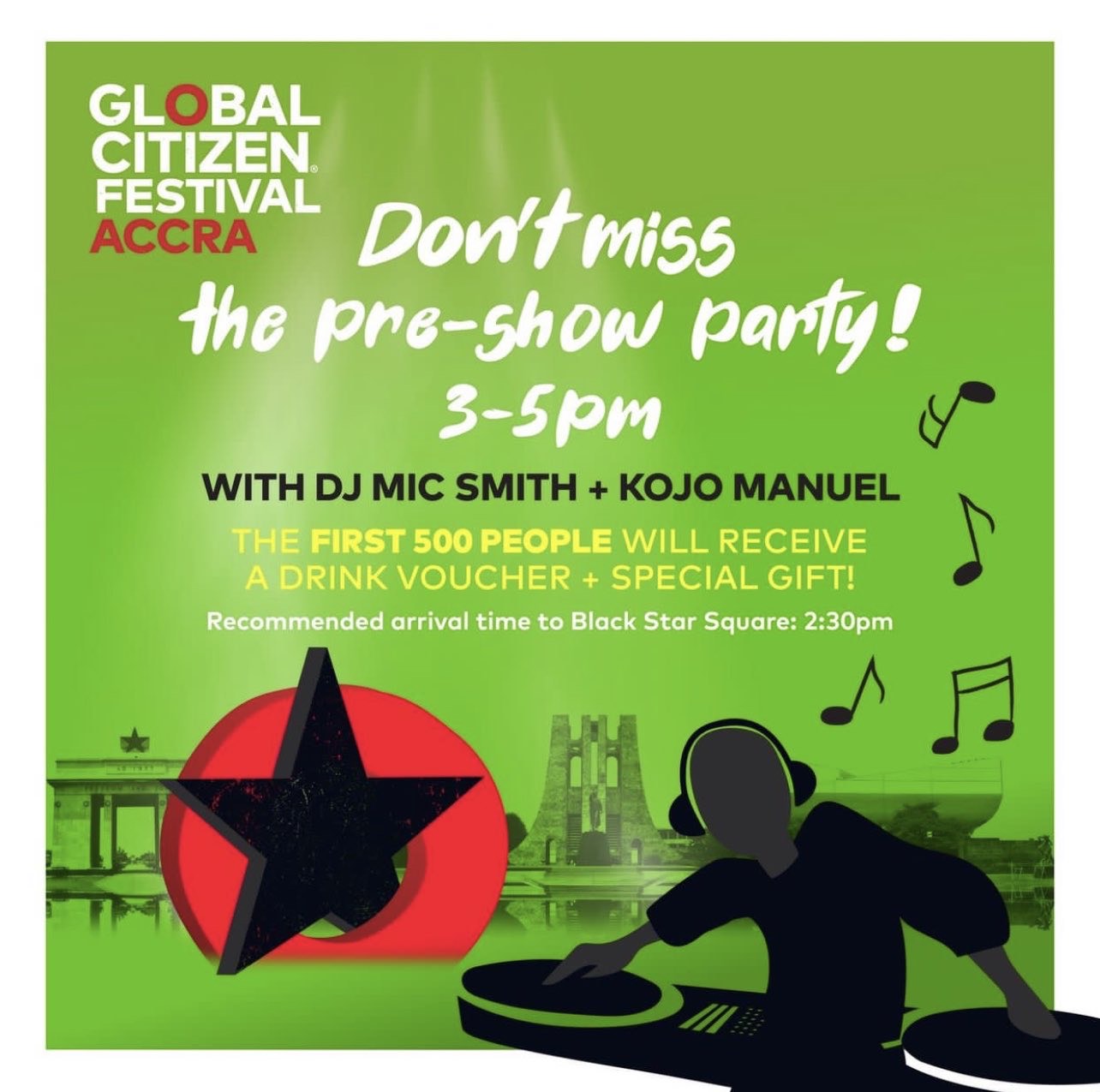 Advocate organization, Global Citizen, has announced performers and MCs for the highly anticipated upcoming Global Citizen’s festival, which is slated to take place on the 24th of september at the Black Star Square in Accra. Among the high profile hosts are Joselyn Dumas, Michaela Coel, Nomzamo Mbatha, Dhowre Elba, Danai Gurira and Berla Mundi.
From 3pm to 5pm, billed to get the party started is award-winning MC Kojo Manuel, who will join forces with Africa’s shutdown king, DJ Mic, for a two-hour showdown of music paired with unmatched, fierce energy exhibited by Kojo Manuel himself.
Performing live on the 24th of September are Sarkodie, Usher, Gyakie, H.E.R, Stonebwoy, Stormzy, SZA, and Tems.
Related Topics:
Up Next

TV3 is not only best in new and entertainment, but best in rewarding its staff too. END_OF_DOCUMENT_TOKEN_TO_BE_REPLACED

The Ave Maria School has launched its 40th-anniversary celebration by urging school leaders to provide better opportunities and platforms for interaction with students in order to guide them in their education. END_OF_DOCUMENT_TOKEN_TO_BE_REPLACED