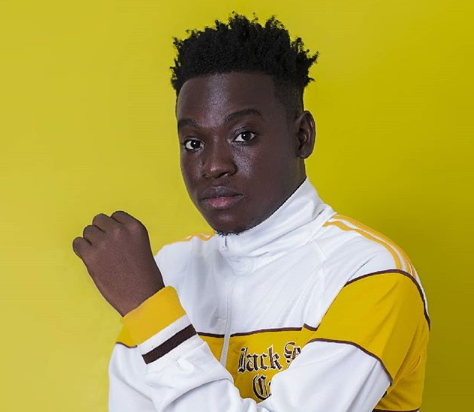 Rapper Isaac Akuffo who’s known in showbiz as Koo Ntakra has in an interview revealed that Bullhaus entertainment boss Bulldog hindered the progress of his music career.
According to The MTN hitmaker season two winner, Bulldog had promised him a push in his music career but failed to do so after collecting money from him.

“If not for Bulldog, like I’m popular than Sarkodie, Shatta Wale, and even Medikal among others… but he chopped my GH¢80,000 dumped me and he killed my career”, he told Dr Cann on Happy FM.

What a time to be an African! On the back of a successful Global Citizen Festival in Accra, and a visit of  Recording Academy CEO, Harvey Mason Jr to Ghana, his first trip to West Africa, it appears that Afrobeats may soon get its individual shine at the Grammys! END_OF_DOCUMENT_TOKEN_TO_BE_REPLACED

The School of Graduate Studies of the University of Professional Studies (UPSA) has honoured Ghanaian musician, Rebecca Acheampong known popularly as Becca for her outstanding academic achievements. END_OF_DOCUMENT_TOKEN_TO_BE_REPLACED

Platinum selling artist, KiDi has reacted to the resurfacing of his old tweets on the social media platform. END_OF_DOCUMENT_TOKEN_TO_BE_REPLACED