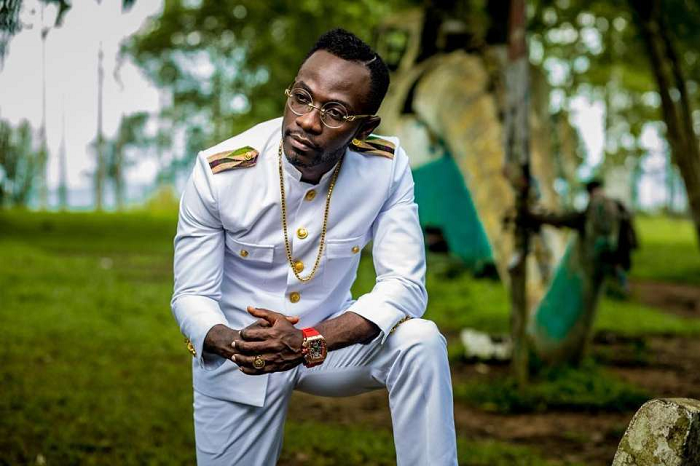 Rapper and “Made in Ghana” advocate, Okyeame Kwame has said that Kuami Eugene and Kidi of  Lynx entertainment are better singers compared to Wizkid and Davido.
The rapper who is currently on a nationwide radio tour to promote his new album “Made in Ghana reveaaled in an interview with Dr. Cann on Accra-based Happy FM.

The “Rap Dacta” believes  Ghanaians have accepted both Kuami Eugene and KiDi is because they are considered to be better singers than Wizkid and Davido.

Kuami Eugene and Kidi have been the talk of town this year as they have released hit after hit under their Lynx Entertainment record label.

Okyeam Kwame’s “Made in Ghana” album is a ten-track album which features 10 musicians from across the country.

"Cheap popularity is bad. I am the wife, I can’t share my husband pls"- Apostle Prah's wife reacts to his wedding photos with Nayas

“Don’t give anybody the authority to take your life!” – Singer, Rashelle Blue advises

Burna Boy has revealed in an interview that American R & B star Toni Braxton gets 60% of the royalties of his last single ‘Last Last.’ Burna Boy made this revelation when answering questions of how the single came about while appearing on a podcast. END_OF_DOCUMENT_TOKEN_TO_BE_REPLACED

Ghana have been banned from competing in the next two editions of the FIFA U17 Women’s African Qualifiers and fined $100,000 by the Confederation of African Football. END_OF_DOCUMENT_TOKEN_TO_BE_REPLACED

Although the music industry in Ghana is heavily dominated by males, there are a few young women, pulling their weight, and rubbing shoulders with their male counterparts. END_OF_DOCUMENT_TOKEN_TO_BE_REPLACED

Chris Fonye popularly known as “Hydraulix Fonye” is a Ghanaian producer, sound engineer, songwriter and singer with a vast experience in the Ghanaian entertainment industry. END_OF_DOCUMENT_TOKEN_TO_BE_REPLACED

Although there may be hundreds of afro-beats artists in the country, Highly Spiritual Music signee, Lasmid believes he is unique. END_OF_DOCUMENT_TOKEN_TO_BE_REPLACED