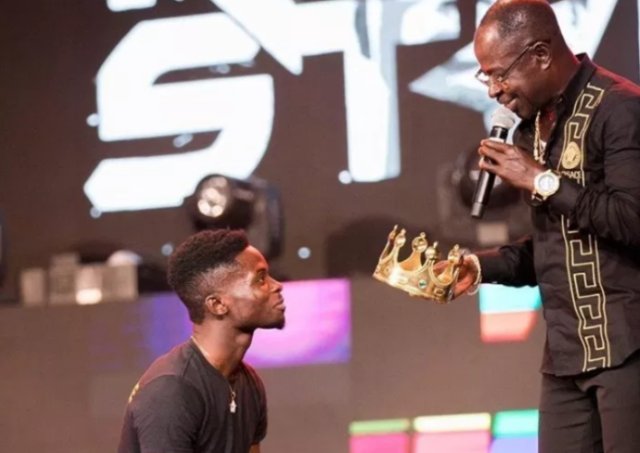 Ronald Kwaku Dei Appiah better known by his stage name Bisa Kdei has said that the crowning of Kuami Eugene as the “future of High-life music” at the 2019 Vodafone Ghana Music Awards, did not come at the appropriate time.

Speaking in an interview on Daybreak Hitz on Hitz FM, Monday, the ‘Mansa’ hitmaker stated, although Kuami Eugene has done a lot for the music genre and deserves to be awarded, he does not need the pressure being crowned a King, brings at this time of his career.

“People will expect more from him to the point that whatever he releases is not enough,” Bisa Kdei told Andy Dosty, host of the show.

He is worried about the apparent damage Kuami Eugene’s crown as High-life King, will do to his career. “The crowning at this time is just a wrong,” he stated.