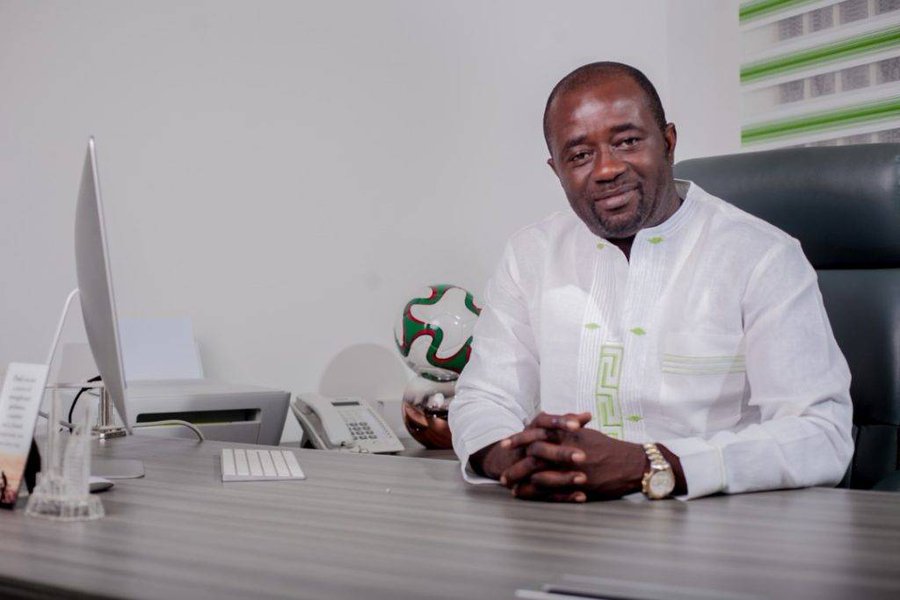 Kurt Okraku is the new Ghana Football Association (GFA), President after his closest rival George Afriyie conceded defeat during the third round of voting at Friday’s Elective Congress held at the College of Physicians and Surgeons in Accra.

Mr Afriyie, a former GFA Vice President, shockingly announced his decision as delegates were casting their votes for the third time.

After two rounds of voting, no candidate polled 61 votes representing 50+1% required for an outright victory.

The other two candidates Amanda Clinton and George Ankomah Mensah had no vote.

The second-round contest saw three candidates, Kurt Okraku, George Afriyie, and Nana Yaw Amponsah as Fred Pappoe withdrew and Amanda Clinton and George Ankomah were knocked out because of their least votes in the first round.

Kurt Okraku won the second round with 59 votes, 16 more than George Afriyie. Nana Yaw Amponsah finished with the least votes here as he earned 16.

Thus a third-round was required and it was going to be a straight fight between Kurt Okraku and George Afriyie as Nana Yaw Amponsah dropped out.

However, with the voting underway, George Afriyie begged the attention of the gathering and announced his decision to concede defeat.

He said; “In the interest of football, I concede defeat and congratulate my brother [Kurt ES Okraku].”

There were wild celebrations from the camp of Kurt Okraku, however, Normalisation Committee Kofi Amoah, cut short the celebrations when announced that the process was still not done.

He said delegates had to vote to endorse Kurt Okraku’s victory.

He has succeeded Kwesi Nyantakyi as president of GFA. Nyantakyi, who had led GFA since 2005, stood down last year and was later handed a life-time ban by FIFA for breaching ethics guidelines.

What a time to be an African! On the back of a successful Global Citizen Festival in Accra, and a visit of  Recording Academy CEO, Harvey Mason Jr to Ghana, his first trip to West Africa, it appears that Afrobeats may soon get its individual shine at the Grammys! END_OF_DOCUMENT_TOKEN_TO_BE_REPLACED

The School of Graduate Studies of the University of Professional Studies (UPSA) has honoured Ghanaian musician, Rebecca Acheampong known popularly as Becca for her outstanding academic achievements. END_OF_DOCUMENT_TOKEN_TO_BE_REPLACED

Platinum selling artist, KiDi has reacted to the resurfacing of his old tweets on the social media platform. END_OF_DOCUMENT_TOKEN_TO_BE_REPLACED