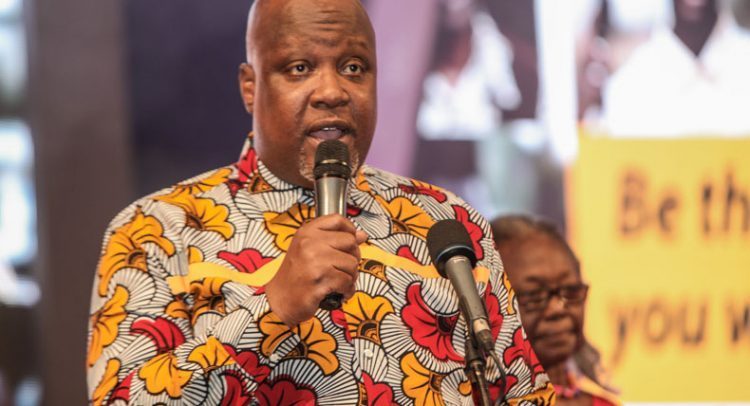 Celebrated Journalist journalist Sefa kayi has been named among five witnesses prosecutions would be calling in the Stonebwoy and Shatta Wale trial.
Mr. Sefa Kayi, who’s the host of ‘Kookrokoo’ on Accra based radio station, Peace FM, was the Master of the ceremony at the 2019 Vodafone Ghana Music Awards when the gun pulling incident occurred.

The two dancehall heavyweights are facing trial for offensive misconduct after their respective action caused a gun pulling scene at this year’s VGMAs.

Meanwhile, the court presided over by His Worship Mr Isaac Addo has adjourned the commencement of the trial in the case to October 23. This was because the first of the five prosecution’s witnesses was unavailable, a development that compelled the court to adjourned the case.

Watch: We withheld the two prestigious awards because they belonged to both Stonebwoy and Shatta Wale – Kwame Sefa Kayi

Shatta Wale and Stonebwoy were charged for issuing threats and using abusive words with the intention to disturb the peace of the Event. Stonebwoy was also charged with for displaying an Australian gun INFK 158 with butt number AA792002017.

They were both granted a 50,000ghc bail with surety by the Adjabeng Magistrate Court on May 22nd.

Viola Davis makes a stunning transformation in the new trailer for ‘The Woman King’, in which she plays Nanisca, leader of the all-female warriors known as the Agojie. END_OF_DOCUMENT_TOKEN_TO_BE_REPLACED

African-American businessman and jet broker Kelvin Mensah, popularly known as PJKev has added his voice to the many people against the building of the National Cathedral. END_OF_DOCUMENT_TOKEN_TO_BE_REPLACED

Nigerian hip-hop artiste, Eedris Abdulkareem has disclosed that he is battling kidney failure and will have a surgical operation at the end of July. END_OF_DOCUMENT_TOKEN_TO_BE_REPLACED

According to reports from Nigeria, unidentified gunmen have attacked an ‘advance team’ of President Buhari’s presidential aides leading to injuries to two people. END_OF_DOCUMENT_TOKEN_TO_BE_REPLACED

Sensational highlife/afrobeat artist KiDi has said that his dream is to collaborate with Daddy Lumba on a song. END_OF_DOCUMENT_TOKEN_TO_BE_REPLACED