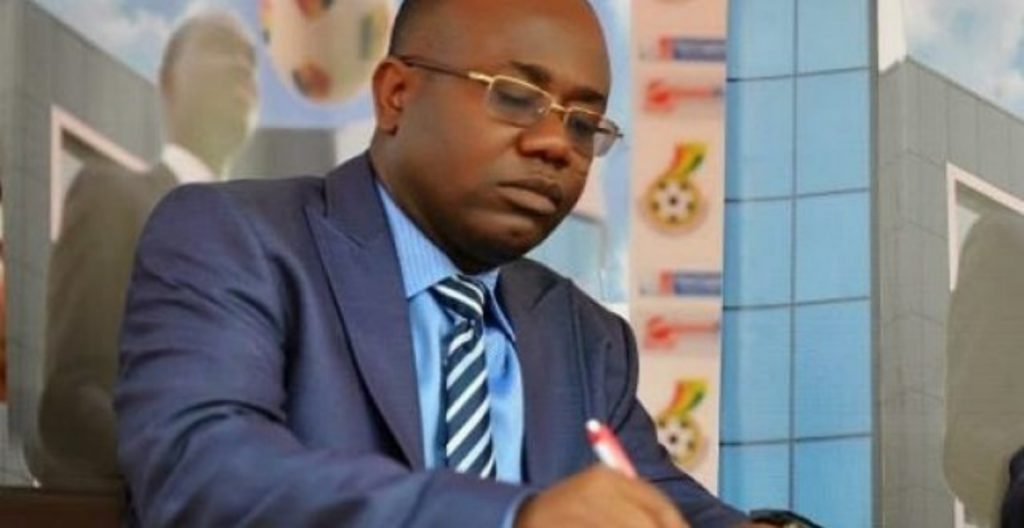 Embattled Ghana Football Association president Kwesi Nyantakyi has stepped down in the wake of recent allegations of corruption levelled against him.  The development comes on the back of Wednesday’s screening of an investigative documentary titled “Number 12”, which captured him, together with other top officials and referees of the FA, engaging in various underhand deals. “The Ghana Football Association wishes to announce the resignation of Mr. Kwesi Nyantakyi as president of Association,” the GFA has announced. “Mr. Nyantakyi made this decision after a meeting of the Executive Committee of the Association on Friday afternoon.” Nyantakyi’s activities also earned him a 90-day ban from all football activities by Fifa on Friday. He is also under police investigation on orders of Ghana president Nana Akufo-Addo for a charge of “defrauding under false pretences”. “After a meeting of the Executive Committee this afternoon I decided to resign as President of the Ghana Football Association,” a statement signed by Nyantakyi, who was also first vice-president of Caf, president of Wafu and member of the Fifa Executive Council, reads. “It stemmed out of the controversies generated by investigative report of Tiger Eye PI. “In the said report, I committed a series of errors of indiscretion. I gravely associated the highest office of the land – the presidency- with private discussions I had with “Scammers” who deceived me into thinking they were genuine persons interested in investing in our country.” The video was produced by renowned Ghanaian investigative journalist Anas Aremeyaw Anas of Tiger Eye Private Investigations. “I hereby apologise unreservedly to the father of the Nation, H.E. Nana Akufo Addo, H.E. the Vice President, Dr. Mahamadu Bawumia, Hon. Ministers and Deputy Ministers of State for indiscretion in associating them with the private conversations on the video,” Nyantakyi’s statement continued. “I wish to clarify that at no time prior to or subsequent to any deliberations on the video did I consult, contact or inform any Government official about discussions on the video. I take sole and personal responsibility for the proceedings on the video. “I wish to apologise to my family, work colleagues, friends, associates and the people of Ghana for the disappointment my indiscretion has caused them. This is by no means an admission of wrongdoing for issues on the video.” According to the GFA publication, the unit “will soon announce further developments on this situation”.