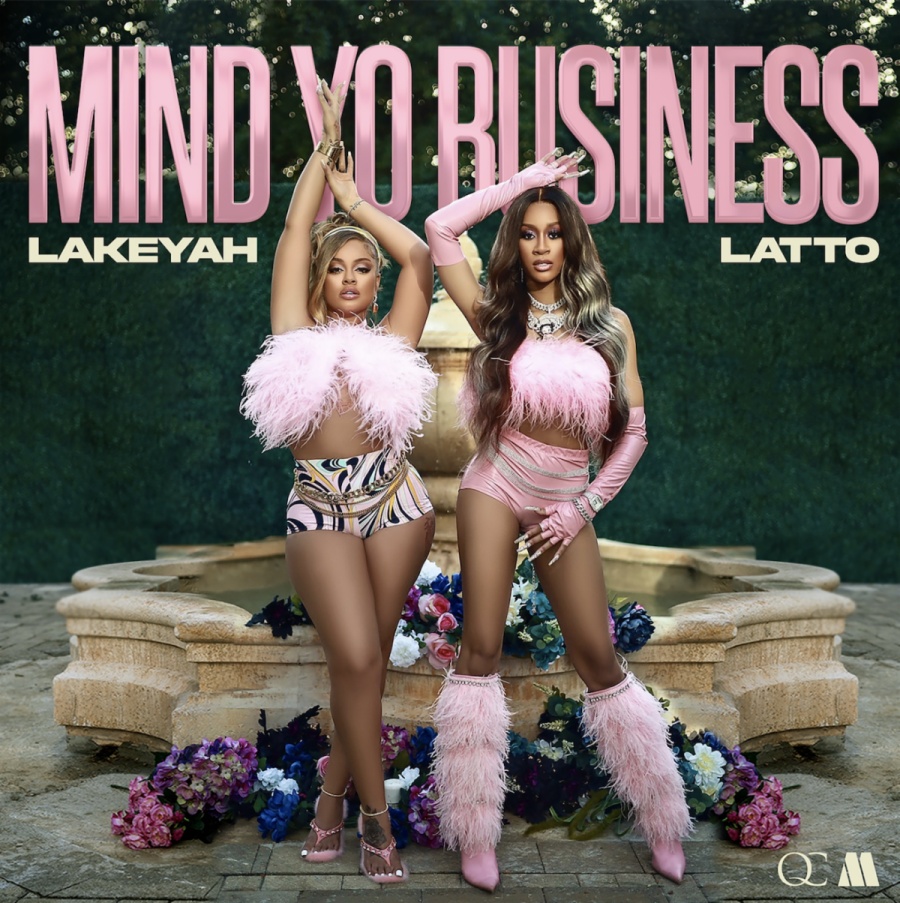 On the track, horns pipe up over a propulsive beat as Lakeyah kicks out one bulletproof bar after another with no shortage of flirty fire and finesse. She grins, “I love when they chase me. Good luck if you tryin’ to replace me.” Meanwhile, Latto pulls up with an equally hard-hitting cameo laced with lyrical prowess and precision. In the accompanying visual, Lakeyah and Latto take over a hedge maze, practically leaving a trail of flames following an incendiary and show-stopping back-and-forth.

Lakeyah speaks on collaborating with Latto sharing, “I got the chance to collab with one of my favorite new era rap girls! Both the song and the video are fire. I can’t wait for everyone to hear “Mind Yo Business.””

Making one power move after another, Lakeyah recently inked a deal with Motown Records, joining one of the most storied and iconic labels of all-time. The QC artist states, “I’m super excited and blessed to also be in business with Motown Records. They’ve always been supportive of my music, and now it’s just on another level!”

Motown C.E.O./Chairwoman Ethiopia Habtemariam shares, “Lakeyah is an undeniable talent that has been honing her craft under the tutelage of QC. Her ability to maneuver from rap prowess to melodic songstress is seamless and we’re excited about all of the incredible forthcoming music. Lakeyah has been dedicated to her craft since the age of 15, and now is primed for success at the highest level.”

Quality Control CEO, Pierre ‘P’ Thomas adds, “We’ve been developing Lakeyah for a couple years knowing we had our eyes on this Motown signing because she’s got all the makings of a star. I have no doubt she’s going to rise quickly in this culture and make a big mark for herself.”

“Mind Yo Business” arrives on the heels of Lakeyah’s last single “I Look Good.” Beyond posting up over 1 million total streams, the track earned widespread critical acclaim. REVOLT praised it as “a confidence-filled anthem that serves to show off her style and spirit just before her summertime takeover,” and The Source highlighted the “fiery hook.” Not to mention, Essence and Uproxx also plugged it.

Get ready for more from Lakeyah soon!

Actor-turned-musician, Frank Naro’s latest single, “I Like It” sees him experimenting with the trending ‘Amapiano’ music phenomenon. END_OF_DOCUMENT_TOKEN_TO_BE_REPLACED

Mista Myles is in with his first release of the year today, ‘Toxic Love’ – a song about what would easily pass as an intense night in the Sin City, Vegas. Stream or download ‘Toxic Love’ across all major digital platforms here: https://ffm.to/6vr4ra9 END_OF_DOCUMENT_TOKEN_TO_BE_REPLACED