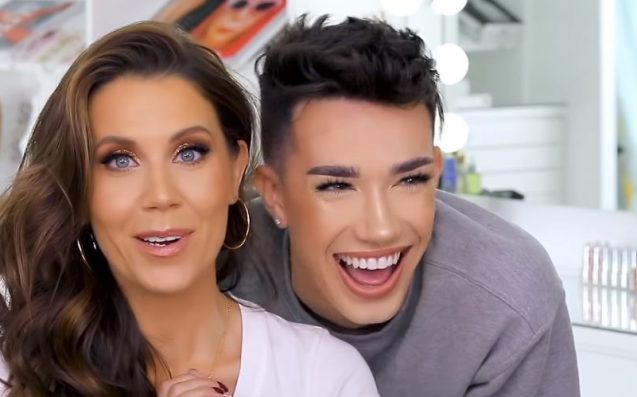 The beauty community on YouTube has never been known for its tactfulness. However, the seemingly ever-present drama in the community reached new heights when longtime vlogger Tati Westbrook posted a video airing her issues with fellow makeup artist James Charles.

The resulting catastrophe offered a lot that every YouTuber should learn from.

Here’s what every YouTuber should learn from the James Charles and Tati Westbrook drama.

Drama can bring a lot of views quickly, but the temptation must be avoided.

Spreading across social media like wildfire, their drama quickly took over the trending topics on many platforms. Other creators chimed in with their own opinions, and the social internet declared James Charles “cancelled.”

Before it was deleted, Tati’s video amassed more than forty million views. She gained a few million more subscribers as well. However, when James posted his own viral video in rebuttal, Tati’s growth slowed as her new fans quickly hopped back to James’s side.

Tati’s newfound fame was short-lived. While she’s always been a key player in the beauty industry, her center stage spot on the social internet has been clouded by the fallout. Her videos that aren’t related to the drama likely won’t get as many views as the ones about James Charles did.

Getting involved in online drama can bring a lot of attention to your channel, but that can go away in a split second, too. Unless you keep addressing drama, your newfound audience may grow bored of your typical content, no matter how good it is. Therefore, it’s better to focus on the content you want to create instead of simply making what brings a lot of attention to your channel.

James Charles’s channel lost millions of subscribers after Tati’s video. However, that wasn’t the end of the saga. Though all parties involved have come forward with apologies, the damage to their careers has already been done. Both beauty vloggers have taken time away from YouTube to recover.

The support of millions of viewers evaporated overnight for both Tati and James. Even worse, the social internet at large is now distrustful of both of them due to the conflicting evidence they presented about the situation. No matter how far they take their careers after this, the memory of this drama will always follow them.

As a YouTuber, you probably know how difficult it can be to be taken seriously by traditional media or even by viewers outside of your core audience. Scandals like this reflect poorly on the YouTube community as a whole. So, causing catastrophic drama can damage not only your own career, but the well-being of your online community as well.

It’s not wise to insert yourself in other creators’ drama, especially if you don’t have all the facts.

When someone else’s drama has viewers on the edge of their seats, the temptation to insert yourself and voice your own opinions is strong. That’s what happened to beauty vlogger Jeffree Star, who took to Twitter in a fierce defense of Tati’s accusations against James.

However, in his own apology video, Jeffree admitted that he spoke up before he had all of his facts straight. By speaking before thinking, he embarrassed himself and hurt people he cared about. Most of all, he betrayed his audience’s trust because they expect nothing but brutal honesty from him.

That being said, if you’re not involved with a situation, then you should stay out of it. No matter how close you are to the people involved, you have no way of knowing exactly what’s going on. You can form your own opinions about other creators’ personal lives without sharing them on the internet. Otherwise, if you turn out to be wrong, then your audience may be even more hurt and upset than the people you talked about online. It will reflect poorly on your character and, therefore, your content.

You can stand by your friends’ sides without escalating the drama.

However, you can support your friends who get themselves involved in online drama without escalating things. For example, in support of Tati, Shane Dawson shared a picture of them on Instagram along with a sweet caption detailing how much her friendship means to him.

Like Shane, you can choose to focus on the positive instead of adding more fuel to the fire of negativity. His reputation only became better in the eyes of his supporters. His post showed that creators can subtly let their audiences know where they stand on an issue of drama without outright acknowledging it.

If you take away anything from the James Charles and Tati Westbrook scandal, let it be this: the immediate attention drama can bring to your channel will never be worth the catastrophic fallout. Instead, choose positivity and focus on sharing the content you love to create with your viewers.

How You Can Use Audience Insights To Create Better Content