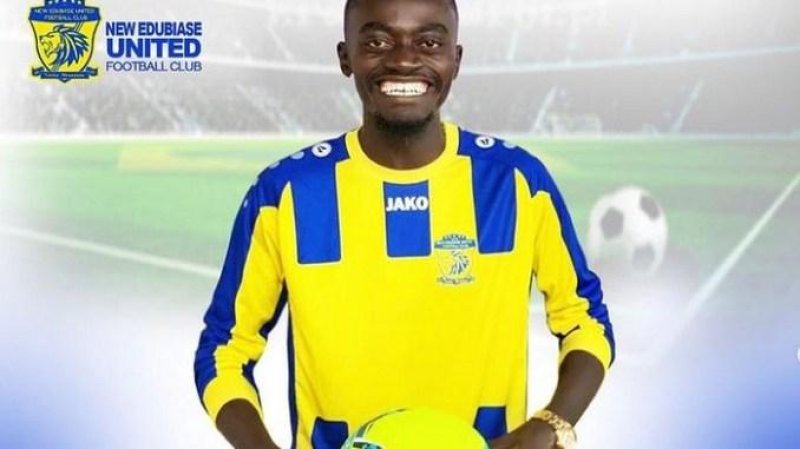 Ghanaian Comedic actor, Nkansah Lilwin, has expressed anger towards the Head Coach of the Senior National Team Black Stars, Otto Addo, for exempting him in the selected squad ahead of the FlFA World Cup playoff on March 26.

On Friday, March 25, the Blackstars of Ghana will be facing the Super Eagles of Nigeria in a very crucial game at the Baba Yara Sports stadium in Kumasi.

Coach Otto Addo, announced his 27-man squad for the game Tuesday, March 22. The list of players has so far generated so many reactions from sports fanatics all over.

Nkansah Lilwin, who now doubles as a football player since his signing of  a two-year contract with premier league side New Edubiase United in October 2021, is not pleased that he wasn’t called to the squad.

According to Lilwin, he does not understand why he wasn’t called, given that he is a hot cake in the football league and the game is being played in his city.

“I’m very angry and this is the time we need to speak in Ghana for those leading the various sectors to do the right thing because I don’t understand why I was not invited to be part of the Ghana vs Nigeria game, especially when the game will be played in Kumasi, which is my city,” he said in an interview on Asempa FM.

“How is it that Lilwin is not part of this squad when even Hearts of Oak and Asante Kotoko want to sign me since l joined New Edubiase? Maybe the coach hates me or he just doesn’t like me. It can also be that the coach was not probably briefed about the best players in Ghana,” he added.

Although Lilwin is not happy with the Coach of the Blackstars, he is throwing his support for the team and hopes that they win the game.

“I can’t say that I won’t support the Black Stars because of this because the team is for all of us as Ghanaians. I won’t gain anything from the team’s failure so I will support them. We could have beaten Nigeria 5-0 if I was in the team but we will still win the game,” he added.

Ghanaian movie producer, Pascal Aka has revealed how movie awards schemes in Ghana do not take the movie industry seriously compared to their Nigerian counterparts. END_OF_DOCUMENT_TOKEN_TO_BE_REPLACED

Ghanaian actor, Prince David Osei has expressed his concerns about the implementation of tax on mobile electronic transactions (e-levy) and if the government will put the monies into good use. END_OF_DOCUMENT_TOKEN_TO_BE_REPLACED

Ghanaian Lawyer, Sandra Ankobiah is not new to the fine and luxurious life. END_OF_DOCUMENT_TOKEN_TO_BE_REPLACED

General Manager of GhOne TV, Nana Aba Anamoah has cautioned young girls not to fall for the pressures of society and rush into marriages. END_OF_DOCUMENT_TOKEN_TO_BE_REPLACED