UK-based Ghanaian musician Eugy delivers his latest project titled “4 Play”. This EP is his latest installment of  a collection of sultry songs which explores the power of intimacy.

The love tale project takes the listener on a journey of emotional volatility. Across 4 songs Eugy’s weaves a narrative which explores the power of 4 Play, not just the physical but the psychological state of it too. The 4-track EP is a follow up to 2017′s 6-track EP, ‘Flavourz’

Eugy is among the key players at the forefront of the unstoppable new wave of African-inspired sonics that have infiltrated the UK scene and continues to flood the European airwaves. 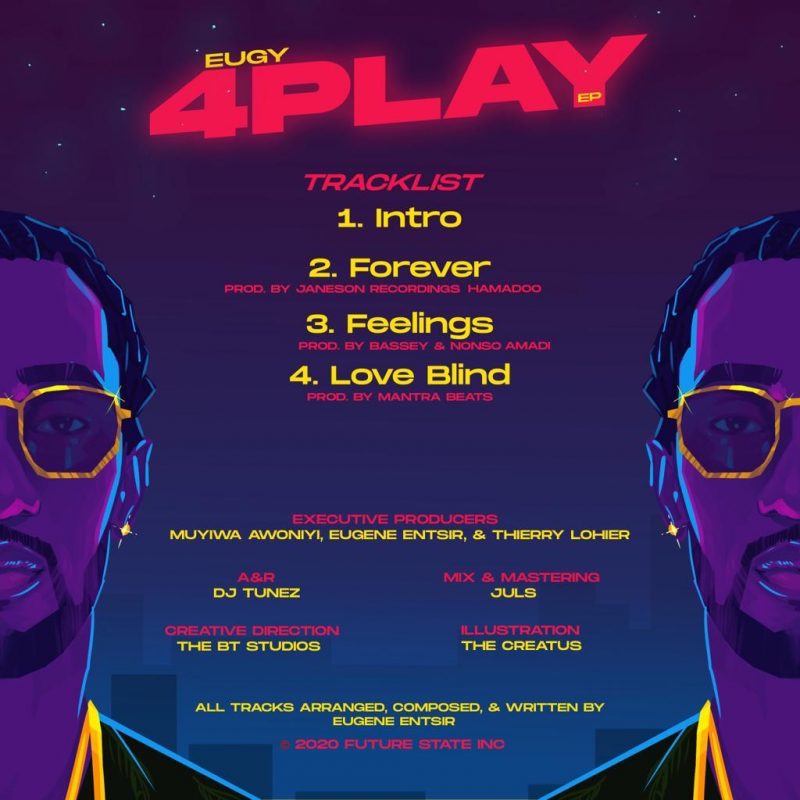 His breakthrough hit ‘Dance For Me’ alongside Nigerian singer-songwriter Mr Eazi, came in the summer of 2016 and went onto become a colossal hit. It racked up over 30 million views on YouTube and over 28 million streams on Spotify. Wherever he travels now, the reputation of the track precedes him including his second MOBO Award nomination in 2017.

His Latin inspired Afro-swing single ‘LoLo’ produced by Dutch genius Spanker. The video was directed by Meji Alabi (Giggs, Swizz Beatz, Wizkid) with the record itself amassing over 7 Million total streams (and counting). Support has been received from the likes of BBC Radio 1, Kiss FM, Beats 1, Capital Xtra and BBC Radio 1Xtra where ‘LoLo’ gained a coveted place on their A-List playlist. The success of the record has led to remixes from Colombian superstar Farina and Tanzanian artist Harmonize which added to Eugy’s already growing international appeal.

Through live shows and a plethora of internet hits, Eugy has built a high fanbase stretching from the UK all thorough to the coasts of Africa and especially in Europe where he packed out shows in Amsterdam, Paris and Stockholm. He’s also done stadium shows in Japan and Ghana and supported Nigerian artist Wizkid at the sold out Afro Republik Festival at the O2 Arena in London.

Watch the official video for INTRO below.