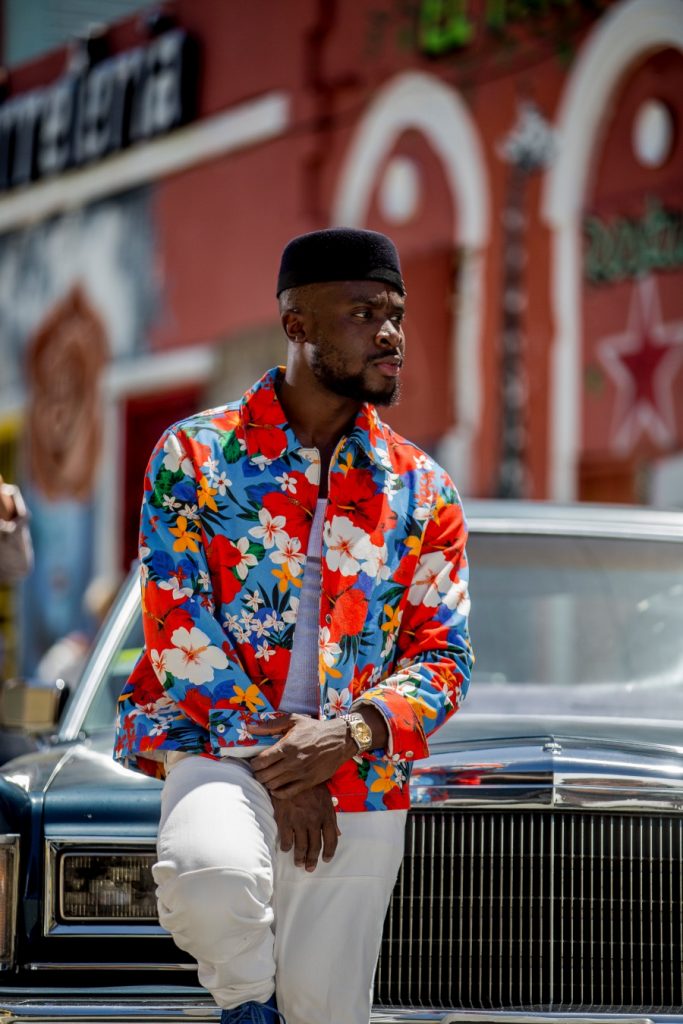 After  becoming the  first  Ghanaian to  win a  Grammyearlier  this  year for  his contributions  to  Ed Sheeran’s  album,   Fuse  ODG is back  with  a bold  new  sound on his  new  track   ‘Island’. Inspired  by hearing  Latin sounds  through his  recent  travels, ‘Island’  serves up  a  cocktail of  Fuse’s irrepressible  Ghanaian energy  with  a reggaeton flavour rich  with energising  rhythms  and strident  horns.  It’s a  track  which represents  a  natural evolution  from  his  previous  music as  well  as an  exciting  taster of  what’s  to come  from  his forthcoming  second album. The track was produced by Dutch/Surinamese duo Yr$ Trly with RGen a  Londoner with Sri Lankan heritage who previously contributed to the early Fuse track ‘Antenna’ Having travelled extensively with Fuse, the team all gathered in  Ghana to  record all  of  the track’s  live  elements with  local  musicians. Lyrically,  laughs Fuse,  it’s  about “going  back  to where  you  probably shouldn’t  be  going back  to!” “It’s about  a relationship  that  feels so  good,  so you  keep  going back,” he  continues.  “You know a  relationship  is toxic,  but  you keep  going  back because  you  have good  memories  of it.  But  once you’re  there,  you realise  why  you shouldn’t  have  returned.” A  whirlwind of  vibrant  colour and  uplifting  island vibes,  the  accompanying video  was  shot in  Puerto  Rico. It was a  Natural choice given the style of the music, and  Fuse spent  some time  listening  to  the  islanders’ problems  and  working out  how  he could  help  to raise  awareness  for their  issues.   “I saw how people  are protesting  against  the government,”he  recalls. “I  was seeing  schools  being shut  down  and  so parents  aren’t  happy. They  know  there are  issues  that they  have  to  face,  yet the  people  are  so friendly  and  so nice.  The music  was amazing  there,  the  food  was too,  and  I had  a great  time shooting the  video.”‘Island’ previews  Fuse ODG’s upcoming  second  album which  he  describes as  “much  more diverse  but  it still  has  that  African  vibe, and  it  feels like  a  classic piece  of  art.  I’m  very excited  because  it’s going  to  expand territories  for  us.”It includes  a  collaboration with  his  hero  Damien Marley on  a track  which  reflects the  unifying  call of  the  Marley/  Nas album ‘Distant  Relatives’.   Outside  of music,  Fuse’s current  social initiative  is  to expand  upon  the primary  school  that he  built  in Akosombo, Ghana in  conjunction  with the Wood World Missions.  He  has  acquired land  on  the same  site  with which  to  develop a  secondary  school, and  the  longer term  goal  is to  also build  a university  to  help local  children  achieve their  full  potential.             LINK TO SONG BELOW          https://t.co/DTRWf5Sqzd]]>

Related Topics:Fuse ODG
Up Next

Did Naomi Campbell just welcome her first child at 50?