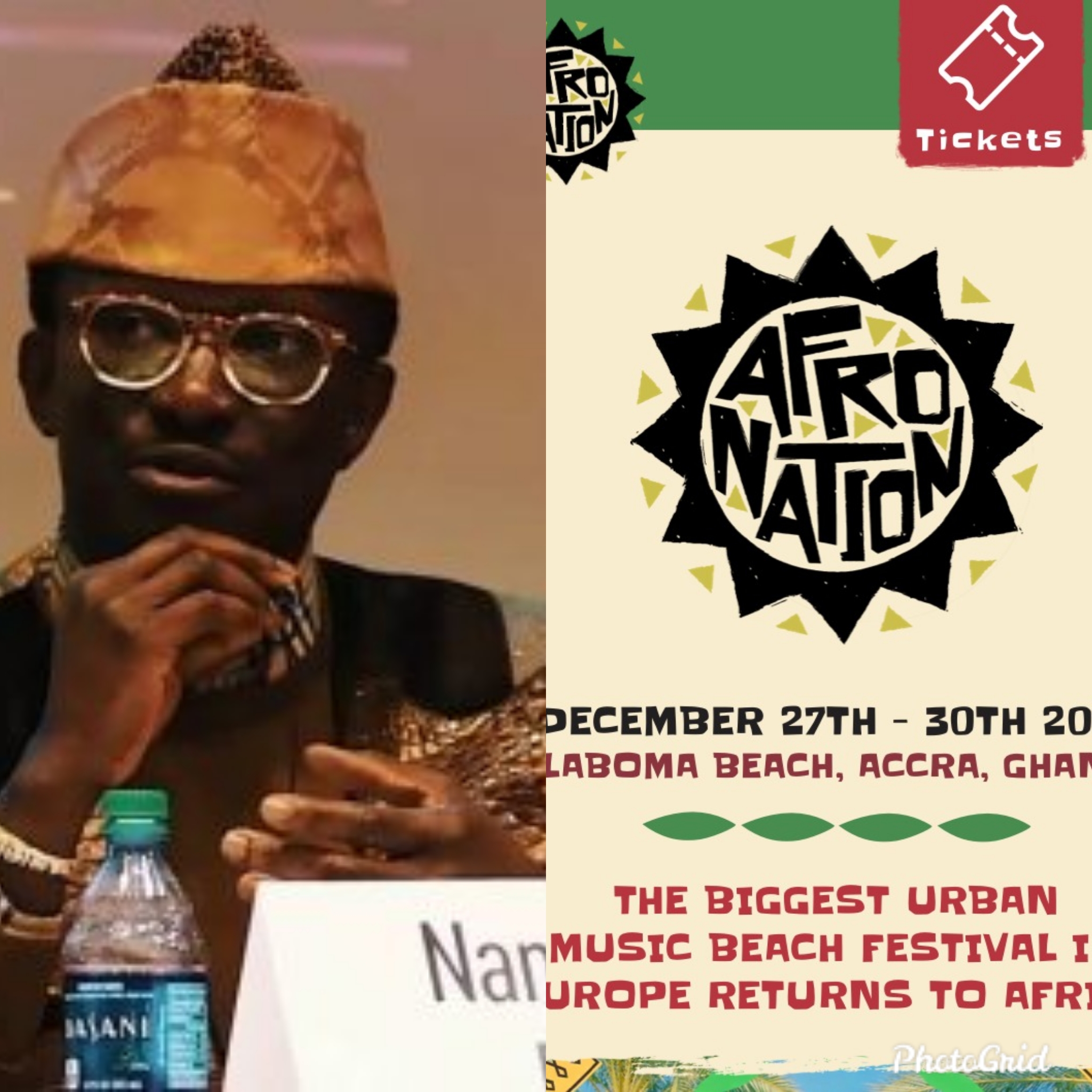 The Chief Executive Officer (CEO) of Wonder World Properties Limited, Nana Kwame Bediako has downplayed suggestions that he is sabotaging the successful staging of the much-anticipated AfroNation Concert.

Nana Kwame Bediako on Friday filed a case at the Land Court division of the High Court, praying the court to place an injunction on the concert.

According to the businessman who is claiming ownership on the piece of land earmarked for the concert, with less than a week to the show, the organizers are yet to officially notify him of their interest in the said land.

Following report of his decision to seek redress in court, there have been insinuations that Nana Bediako is deliberately trying to undermine the show which is part of the government’s Year of Return initiative. 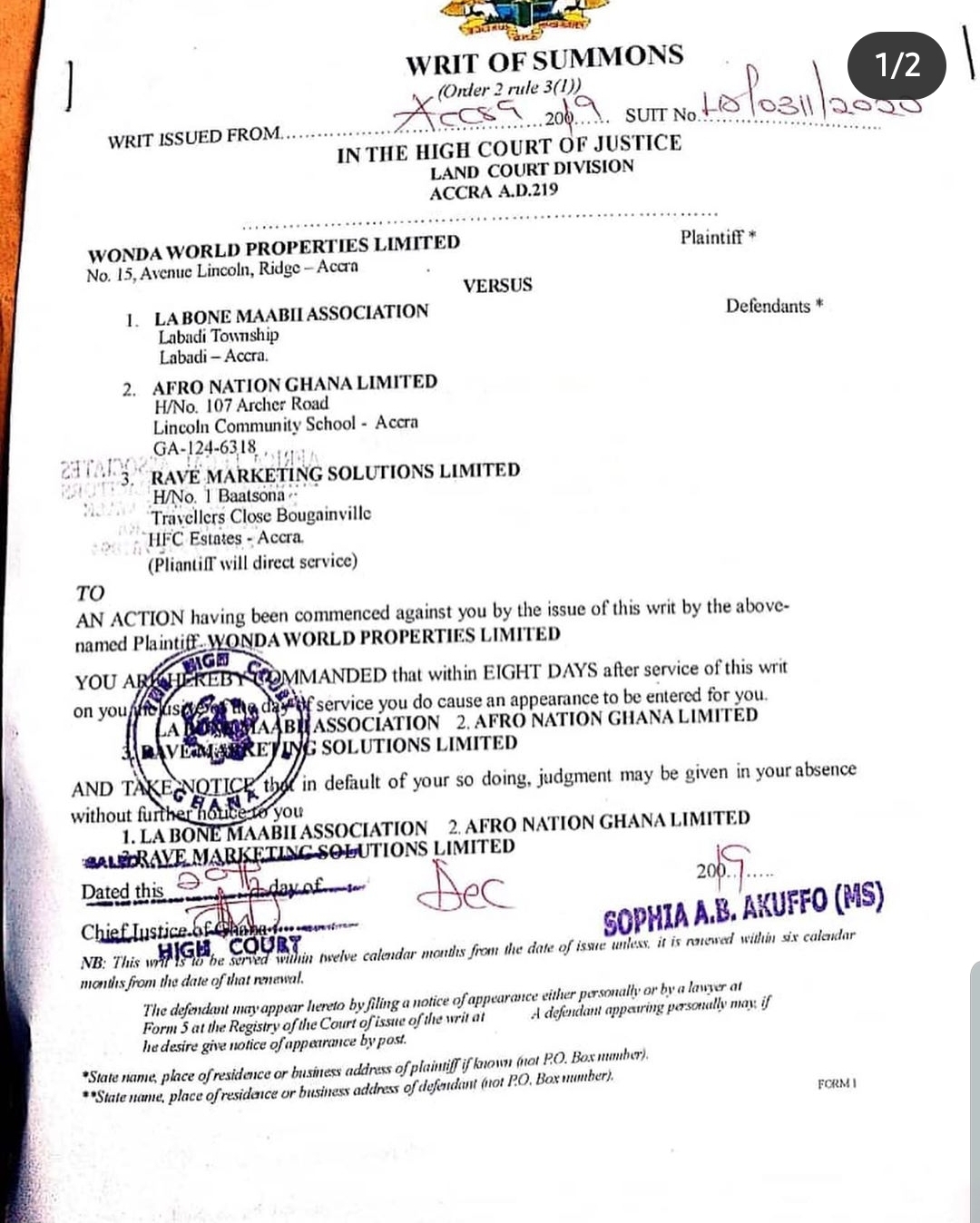 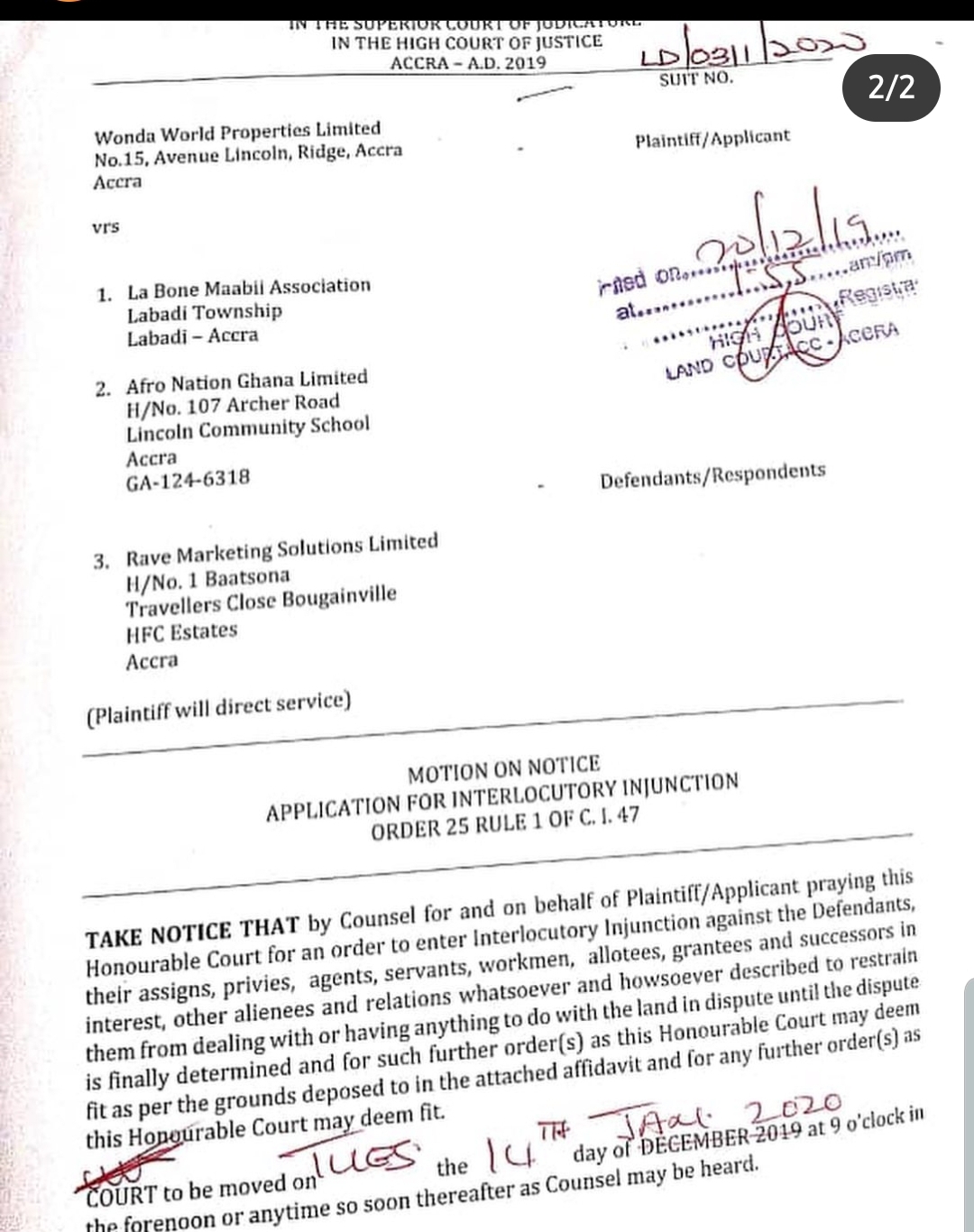 But the man popularly referred to as ‘Cheddar’ has opened up on his decision to go to court, explaining that he is not trying to stop the concert.
He disclosed that he was compelled to take the court action after several attempts made by his outfit to get the attention of the organizers proved futile.

“Wonder World belongs to me and Laboma are squatters. They claim their forefathers own the land but of course a land is acquired and the acquisition goes through a procedure. When I heard that AfroNation was on my land I made attempts to speak to them. I know the people behind and Rudy Kwakye so I thought this is a home issue whom I have known for long”.
“We tried our best to resolve it. I’m not trying to stop AfroNation because I feel that if I do it would empower me or make me become better than I am. That’s not what I’m trying to do. I’m trying to make sure that from now onward black people, Africans will start to respect Africans. When you look at this, AfroNation is coming from Europe though it is run by an African, the first show they did was in Europe. They will never do business this way, the way they are doing in Africa”.

The show scheduled for 27th to 30th December, 2019 at the Laboma Beach in Accra has billed artistes such Stonebwoy, Burnaboy, Kofi Kinaata, Wendy Shay and other acts from the African continent.

Afro Nation was founded by Adesegun Adeosun aka SMADE of Smade Entertainment and his partner Obi Asika.

Ghana’s edition of the concert, is the first time it is being held in Africa.

Listen to the full audio below.

Bose Ogulu has told her son Burna Boy to “tone down the madness” as she celebrated his birthday. END_OF_DOCUMENT_TOKEN_TO_BE_REPLACED

The Hewale Lala (Song Of strength) hit maker Perez Musik gets ready to have his first-ever major concert. END_OF_DOCUMENT_TOKEN_TO_BE_REPLACED

Kofi Sonny, CEO of 610Music, a direct representative for Universal Music Group in Africa, unveiled two of his newly signed artistes to the world over the weekend. The event pulled in dignitaries from all over the globe to witness what many have dubbed “the birth of greatness.” END_OF_DOCUMENT_TOKEN_TO_BE_REPLACED

GuiltyBeatz is ringing in the summer! The Grammy-nominated Ghanaian producer and DJ is back with another dazzling solo effort – an Amapiano-infused dance anthem ‘Universe’ featuring Pop sensation, Mr Hudson and buzzing Ghanaian singer, Twitch 4EVA. END_OF_DOCUMENT_TOKEN_TO_BE_REPLACED

The host of Joy FM’s Strong and Sassy, Animwaa Anim-Addo, has tied the knot in a private ceremony. END_OF_DOCUMENT_TOKEN_TO_BE_REPLACED