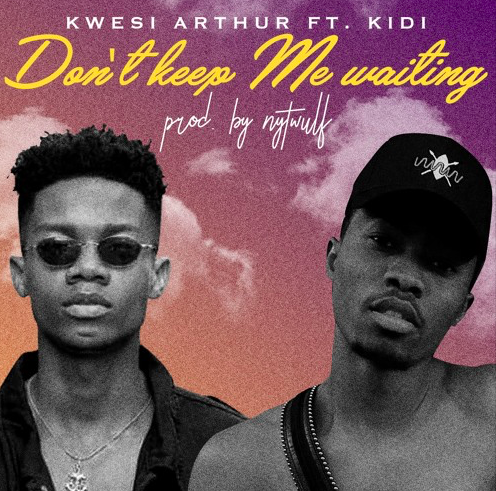 The year in music has already seen some great track releases, but it seems these artistes aren’t done yet. There’s been a number of highly-anticipated projects and one of them has finally been released which has everyone totally psyched. It’s a hot tune from Kidi and Kwesi Arthur and they call this one “Don’t Keep Me Waiting”.

This is a collaboration a lot of people have been praying and waiting for, and it’s finally happened.

Love is in full effect with this hit song, and both Kidi and the young king Arthur offloaded magic in the song. It is so emotion filled and beautifully scripted that every soul can connect with it. It’s soothing tempo is classy, the melody is groovy, it consists exclusively of good vibes which generates good feelings and there isn’t anyone who will not relate to this song.


This song celebrates the amazing vocals of these two young and talented artistes in the industry. Their consistency since they appeared mainstream is incredibly and we are hoping to get struck by more heat waves like Don’t Keep Me Waiting. The song was produced by Nytwulf Beatz.