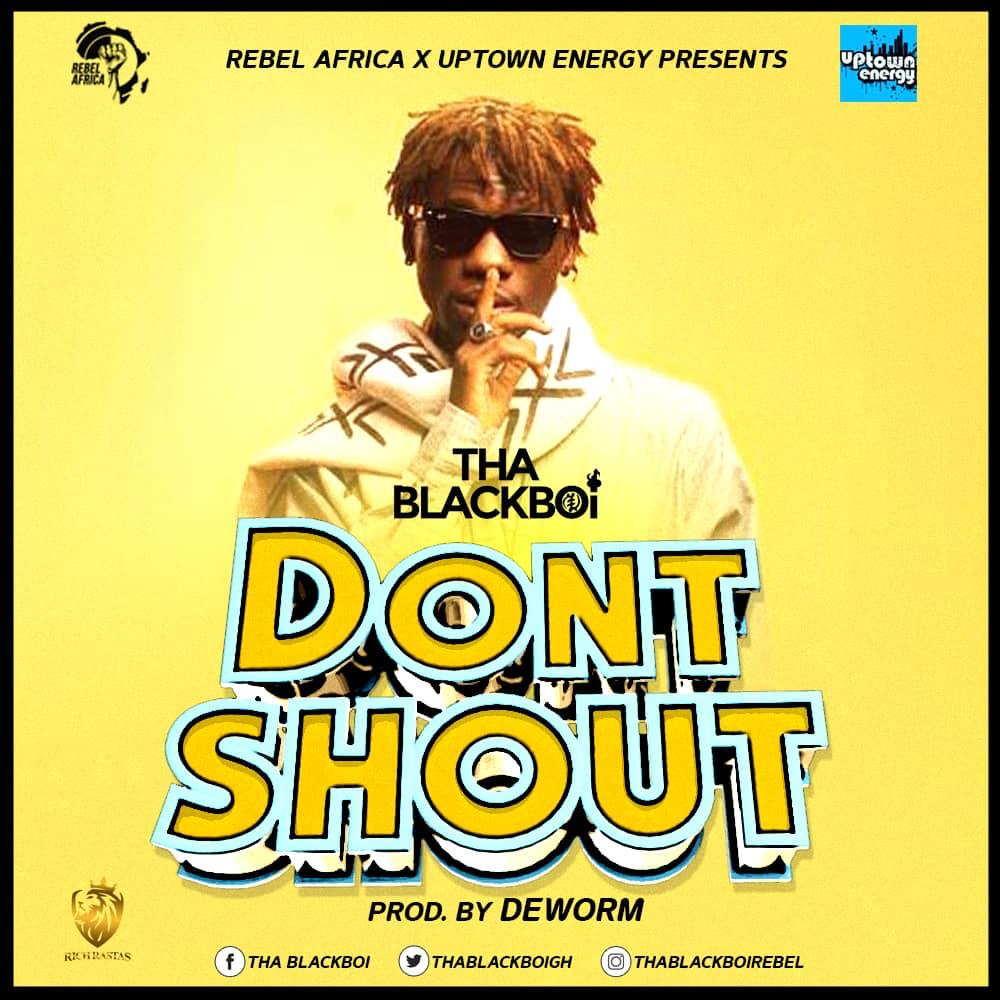 After waiting for so long budding artist Thablackboi has released audio for his much anticipated single dubbed “Don’t Shout for his fans and music lovers which is tipped to be a big street anthem to hit every corner across Ghana and beyond.

Production credit goes to Deworm Beat for such an amazing project. The song has already been remixed with couple of your favourite artiste on it which is said to be dropped weeks later with visual content.

According to Thablackboi it’s a gift from Rebel Africa – Richrastas to the streets for supporting my music career till date we can’t thank you enough. Have too much audio and visuals contents for the world to watchout “Thablackboi” .

The project is powered by the management team Rebel Africa -Richrastas promotions and supported by Uptown Energy update your playlist now.