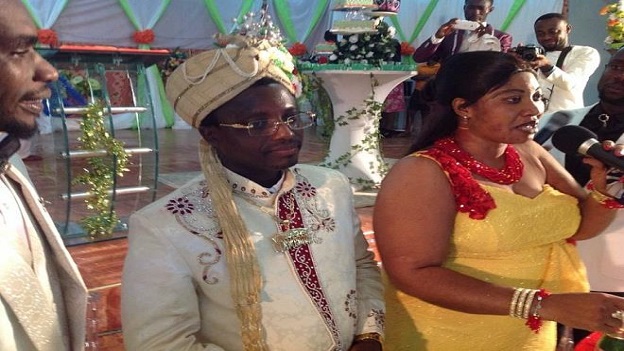 Rev. Ebenezer Adarkwah Yiadom, popular known as ‘Prophet One’, has been accused by one of his congregants of sleeping with her and forcing her to commit several abortions. The lady called Comfort, claims she used to be a chorister in his church. In a hot audio circulating on YouTube, the lady said the prophet lured her into sleeping with him several times, after which he convinced her to go for an abortion. She narrated that it was ‘Prophet One’ who took away her virginity, adding that she even has a child for him currently. “My mother was sick and when she was brought to him (Rev. Adarkwah Yiadom), he managed to cure her. I was so grateful that I decided to offer myself as a singer in his church,” Comfort disclosed. “At that time I was still a virgin, but he stole my innocence and my virginity. Anytime he slept with me and there was a pregnancy, he would force me to abort it so that he doesn’t end up disgraced in the eyes of the public.” She further narrated that Prophet One has been secretly sleeping with her, adding that they even had sex in his car the day before she got married to her current husband. According to her, the child that she bears is as a result of the sexual escapades she had with the preacher, despite him refusing to take responsibility. She warned that he has just three days to make things right or face her wrath. It is unknown if the allegations being made by Comfort are true or not, as Rev Adarkwah Yiadom is also yet to either respond or give his own version. This allegation is not the first controversy the Kumasi-based ‘prophet has been involved in. Private legal practitioner, Maurice Ampaw has also accused ‘Prophet One’ of snatching his girlfriend. He has on countless occasions exchanged insults with Bishop Daniel Obinim on the pulpit. https://www.youtube.com/watch?v=Zyic-Rfeqxk  ]]>

Related Topics:adarkwah yiadom
Up Next

'When we were we"…Yvonne Nelson wishes former BFF, Yvonne Okoro a happy birthday

#FlashbackFriday: Obaapa Christy back in the days