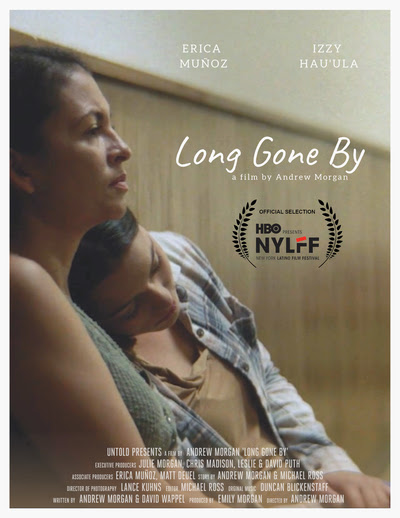 HBO is poised to premiere the feature film LONG GONE BY, starring Erica Muñoz who is also the associate producer, directed by Andrew Morgan and produced by Emily Morgan. The film will air on HBO Latino linear channel at 8pm, Friday May 1, 2020, and on digital platforms, HBO NOW, HBO On Demand and HBO GO.
Origianally premiered at HBO’s New York Latino Film Festival last summer, LONG GONE BY, tells the tale of Ana Alvarez, a single mother from Nicaragua living in Warsaw, Indiana with her teenage daughter, Izzy. When a routine check in leads to a deportation order, life as Ana knows it ends. The timing could not be worse as Izzy has just been accepted to Indiana University, a dream that becomes a nightmare when she discovers that because of her immigration status she will not qualify for the needed scholarships or federal aid. Faced with an impossible reality of a lifetime away from her daughter, Ana decides to risk everything in a last chance effort to leave Izzy’s tuition paid before her time runs out. An intimately unnerving portrait of a woman willing to sacrifice everything to give her daughter the chance at a life she never had.
Said director, Andrew Morgan, “There is nothing in my life that comes close to relating to what we witness Ana and Izzy go through in this film. The prospect of facing a lifetime away from my children is a nightmare I have never had to imagine. For me that reality, as I listened to the stories of families being torn apart gave me the motivation to do something in my own way to shine a light on these issues and ideas.” Said lead Erica Muñoz, “I’ve seen people forced into impossible situations. Parents having to make unthinkable decisions in order to try to give their children a better life. Since we shot the film, the horrors are only amplified.” These issues are what drove the cast and crew to create LONG GONE BY, and the effect of the film is palpable.
The film was set and shot on location in Warsaw, Indiana. Morgan wanted to portray the classic small town America through the eyes of an outsider. He said “I absolutely loved working there, the entire community was so helpful and it gave the film a look and feel that I really love.”
“Andrew is focused, driven, kind, incredibly patient, and ridiculously talented.  Working with him was, without question, the most rewarding professional experience of my life,” said lead and Associate Producer, Erica Muñoz. “The rest of the team – in particular, Emily Morgan, his wife and producing partner, created an environment where everyone felt so supported in every conceivable way.”
The filmmakers responsible for LONG GONE BY are very excited to be premiering at the 16th year of HBO’s New York Latino Film Festival. Muñoz has been following the festival since its inception. She says “the spotlight on Latinx creatives has created opportunities for so many filmmakers like myself. It’s by passing the gate keepers and opening the door for unknown talent to be seen.”
LONG GONE BY premieres at May 1, 2020 on HBO Latino as well as digital platforms HBO NOW, HBO On Demand and HBO GO.
Related Topics:LONG GONE BY
Up Next