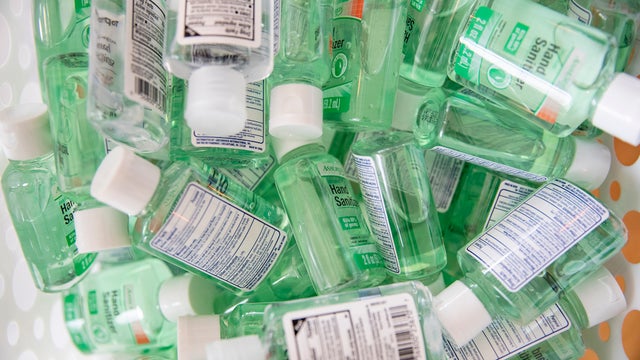 Louis Vuitton owner LVMH will use its perfume production lines to start making hand santiser to protect people against the coronavirus outbreak.

The luxury goods maker says it wants to help tackle a nationwide shortage of the anti-viral products across France.

“These gels will be delivered free of charge to the health authorities,” LVMH announced on Sunday.

France has now seen 120 deaths from the coronavirus as the pandemic spreads.

“LVMH will use the production lines of its perfume and cosmetic brands… to produce large quantities of hydroalcoholic gels from Monday,” LVMH said in a statement.

The factories normally produce perfume and makeup for luxury brands like Christian Dior and Givenchy.

“LVMH will continue to honour this commitment for as long as necessary, in connection with the French health authorities,” the company said.

France has closed its restaurants, cafes and non-essential stores in an effort to combat the virus, which has infected an estimated 162,687 people and killed more than 6,000.

Governments across the world have called on manufacturers to help make products that are running low during the virus outbreak.

UK Prime Minister Boris Johnson is due to ask UK engineering firms on Monday to shift production to build ventilators for the NHS.

In China, at the peak of its coronavirus outbreak in February, electronics giant Foxconn switched some of its production from Apple iPhones to make surgical masks.

Related Topics:louis vuitton
Up Next

A 12-year-old boy has confessed to accidentally shooting his mother, a Nigerian woman, after initially claiming an intruder killed her in their US home. END_OF_DOCUMENT_TOKEN_TO_BE_REPLACED