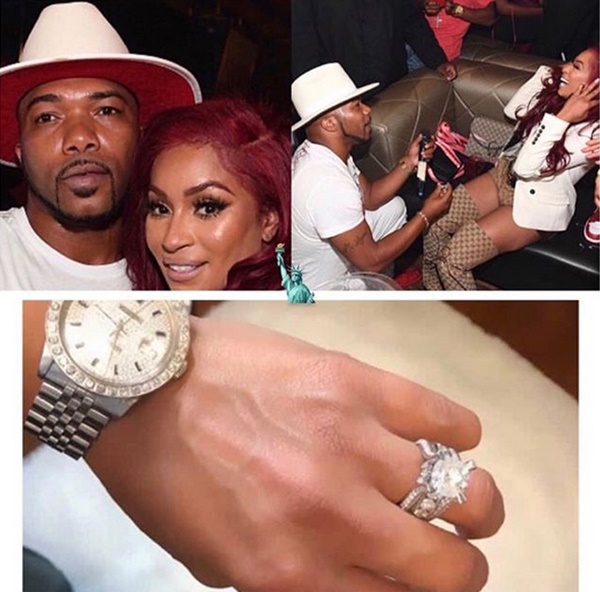 Fayne was engaged to cast member Karlie Redd in 2018, but the couple reportedly broke up the following year.

Fayne, 37, of Dacula, Ga., was arrested Wednesday, according to a news release from the Department of Justice. Authorities said that, on April 15, Fayne applied for a loan of $2,045,800 for his Georgia corporation, Flame Trucking, through the Paycheck Protection Program intended to stabilize the cratering economy.

“Within days” of receiving money for his company, “Fayne allegedly used more than $1.5 million of the PPP loan proceeds to purchase $85,000 in jewelry, including a Rolex Presidential watch, a diamond bracelet, a 5.73 carat diamond ring for himself, and to pay $40,000 for child support,” the news release read.

Fayne is officially accused of bank fraud, and he made an initial appearance in court Wednesday.

Federal agents searched the reality star’s home Monday and found the jewelry he allegedly bought with money from the loan, as well as approximately $80,000 in cash (including $9,400 in his pockets) and a 2019 Rolls-Royce Wraith with a temporary tag still on it. They seized $503,000 in the funds from his bank accounts.

The Department of Justice reported that Fayne, also known as “Arkansas Mo,” had originally sought a loan of $3,725,500, but he was only given the smaller amount.

Brian A. Benczkowski, the assistant attorney general of the Justice Department’s criminal division, had harsh words for Fayne: “The defendant allegedly stole money meant to assist hard-hit employees and businesses during these difficult times, and instead greedily used the money to bankroll his lavish purchases of jewelry and other personal items.”

Fayne could not be reached for comment, according to YahooNews!

Matt Damon reveals that his daughter recovered from COVID-19, reflects on his role in ‘Contagion’

18-year-old North Carolina-based rapper Tino Szn has just shared his new video for “Drowning Out”, a fun and upbeat track off his most recent project Sentient. LISTEN END_OF_DOCUMENT_TOKEN_TO_BE_REPLACED

In a message for International Youth Day, His Royal Highness The Prince of Wales said: END_OF_DOCUMENT_TOKEN_TO_BE_REPLACED