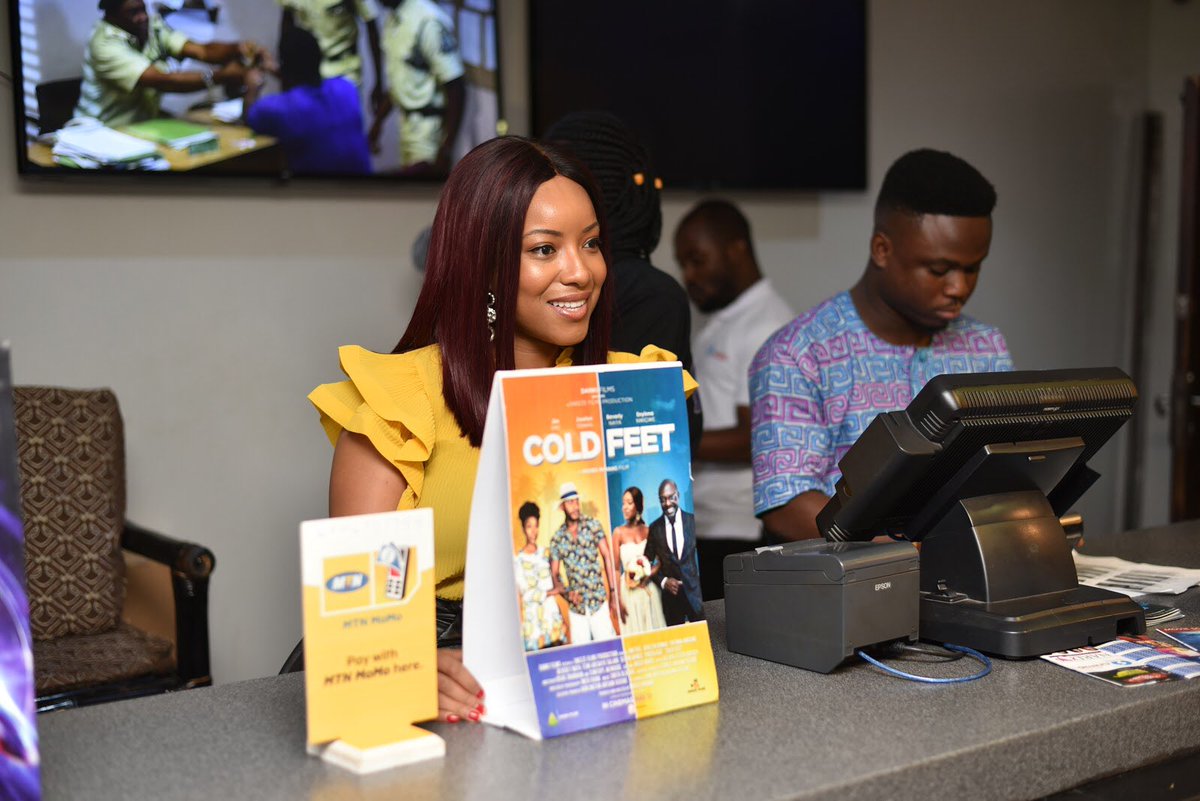 I recently posted on Instagram a radio discussion with a relations-expert, who claimed that when men cheat there are higher chances of them still loving their wives, than when women cheat on their husbands.  This played back in my mind when I watched ‘Cold Feet’ at the Silverbird Cinemas this week.

A combined celebration of her birthday and their wedding anniversary leads the beautiful Omoye (Joselyn Dumas) and her loving husband Mayowa (Jim Iyke), an ex-army colonel, to a weekend getaway at a beautiful resort in Uyo, Nigeria.  All was well, until Omoye bumped into a charming young man, Tare (Enyinna Nwigwe) who is at the resort to propose to his girlfriend, Teni (Beverly Naya).

From their surprise meeting, sparks from a five-year-old encounter between the two start to fly and old feelings are rekindled.  Tare is quick to remind Omoye of the intense sexual connection they shared five years ago. Omoye is wading in murky waters as she thought she could easily shrug off the chemistry between her and Tare, but she was wrong.

‘Cold Feet’ is a Danki Films production, directed by Moses Ewang. It is quite an intriguing drama that is not too predictable as the story unfolds. It was particularly interesting seeing Jim Iyke act as an older man from the usual bad boy/lover boy I have known him for. In fact I couldn’t really tell if indeed in reality he had aged that much or if his appearance was the result of make-up artistry, since he has been a bit low-key of late.  Enyinna Nwigwe, as usual was flawless on screen, his oratory and delivery always believable and method.

I, however, wasn’t impressed with the comedy bits that came in especially through Beverly Naya’s phone conversations with her best friend. Africans should learn to make serious films serious, without always trying to bring in elements to make viewers laugh. ‘Cold Feet’ was clearly not that type of a “Romantic Comedy” from what I watched unless I got the memo wrong!

The main star of the movie, Joselyn Dumas was fantastic. She gave a very dynamic performance through the various emotions she went through in the movie; from being vulnerable to being strong and assertive.  I particularly feel Joselyn by nature is a strong woman and loves playing roles that allow her to be assertive and ‘retortive’.

Her strongest performance, for me was in the 5-year flashback to Omoye’s first encounter with Tare, when she fought off the persuasiveness of Tare with cheeky-ease.

My other favorite performance in contrast to the above would be the ‘TGIF party scene’ at the resort in Oyu. Her emotions were very well portrayed and believable.

‘Cold Feet’ is still showing at the Silverbird Cinemas in Accra, Ghana, this week Monday-Thursday at 4:20pm and Saturday and Sunday at 4:20pm

How I almost lost my Facebook Page to a $3,000 per week scam
Ghanaians mocked me for wearing Donald J Pliner loafers, now the shoemaker sent me two pairs
Advertisement