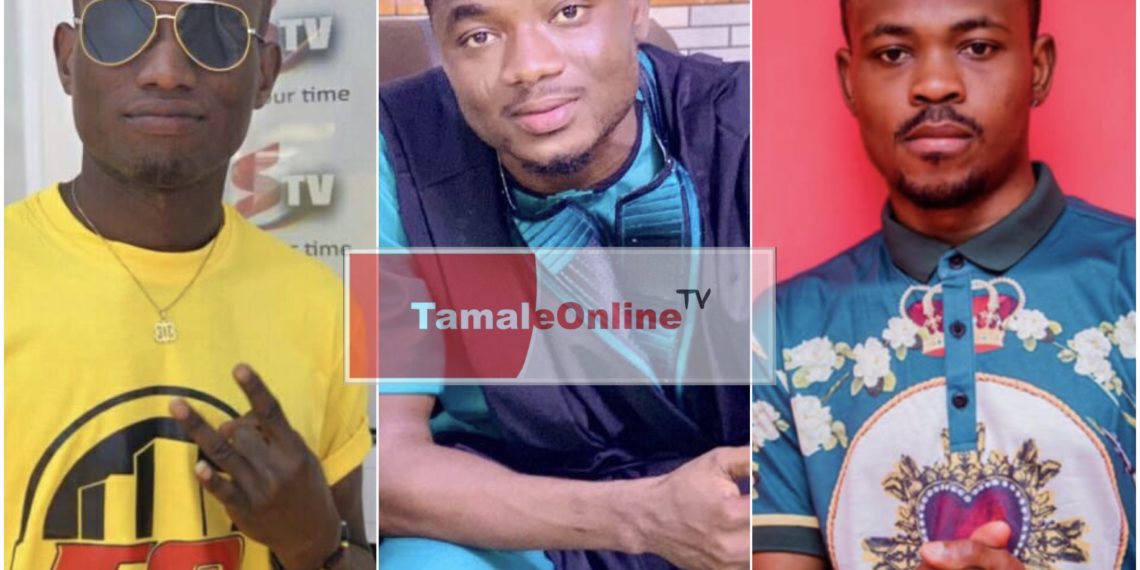 Sherif Abdul-Majeed known in Showbiz as Maccasio has reported ‘Chop de Mic’ reality show star, Alewa Dagomba and his management, Nobleman Entertainment to police for calling his mother a “witch” in a diss song.

The “69 Boss” is heading to court to sue the ‘Man No Go Vex’ rapper and his manager for defamation.

They had since reported and written their statements, a source close to Nobleman Entertainment told www.tamaleonline.net

They could could be arraigned before the court in the coming days after Maccasio had subtly rejected an apology from the second accused person (Abdul-Rashid Nobleman).

It all started last week when Maccasio released a single dubbed “Talk is Cheap” throwing shades at rappers claiming the best rapper throne.

Several artiste including Double Tee, CF Optional King and Bless Dee responded to the diss as they set tongue wagging in the music industry.

However, Aleewa Dagomba in his response christened “Talkatives” went overboard in some of his rap line which has landed him in trouble with the Zola Music heavyweight.

“Maccasio mother was chased out of her native area Zogbeli to Choggu because of her witchcraft act.” The Nobleman signee intimated in his diss song.

Harvey Mason Jr, CEO of the Grammy Awards, has shared insights on the nomination process and how to win a GRAMMY with Ghanaian artists during a private dinner meeting. END_OF_DOCUMENT_TOKEN_TO_BE_REPLACED

Harvey Mason Jr., the Chief Executive Officer (CEO) of the Recording Academy, organizers of the Grammy Awards, has said there are some misunderstandings regarding the creation of an Afrobeats category in the Grammy Awards. END_OF_DOCUMENT_TOKEN_TO_BE_REPLACED

The Chief Executive Officer of Big Ideaz Consult, Kojo Poku has revealed that none of the artists who were billed to perform at the recently held Global Citizen Festival in Accra were paid a performance fee. END_OF_DOCUMENT_TOKEN_TO_BE_REPLACED

Ghanaian musician, Kirani Ayat has called out the Presidency for using some portions of his music video in an advertisement without his permission. END_OF_DOCUMENT_TOKEN_TO_BE_REPLACED

The voting portal for the 2022 edition of the All Africa Music Awards (AFRIMA) opened to the public on Sunday, 25 September at 21:00 (CAT), to decide the winners of each of the 39 award categories, globally. END_OF_DOCUMENT_TOKEN_TO_BE_REPLACED

Ghanaian actress, Yvonne Nelson has issued an apology on behalf of Ghanaians to Stephen Appiah and his Black Stars colleagues. END_OF_DOCUMENT_TOKEN_TO_BE_REPLACED