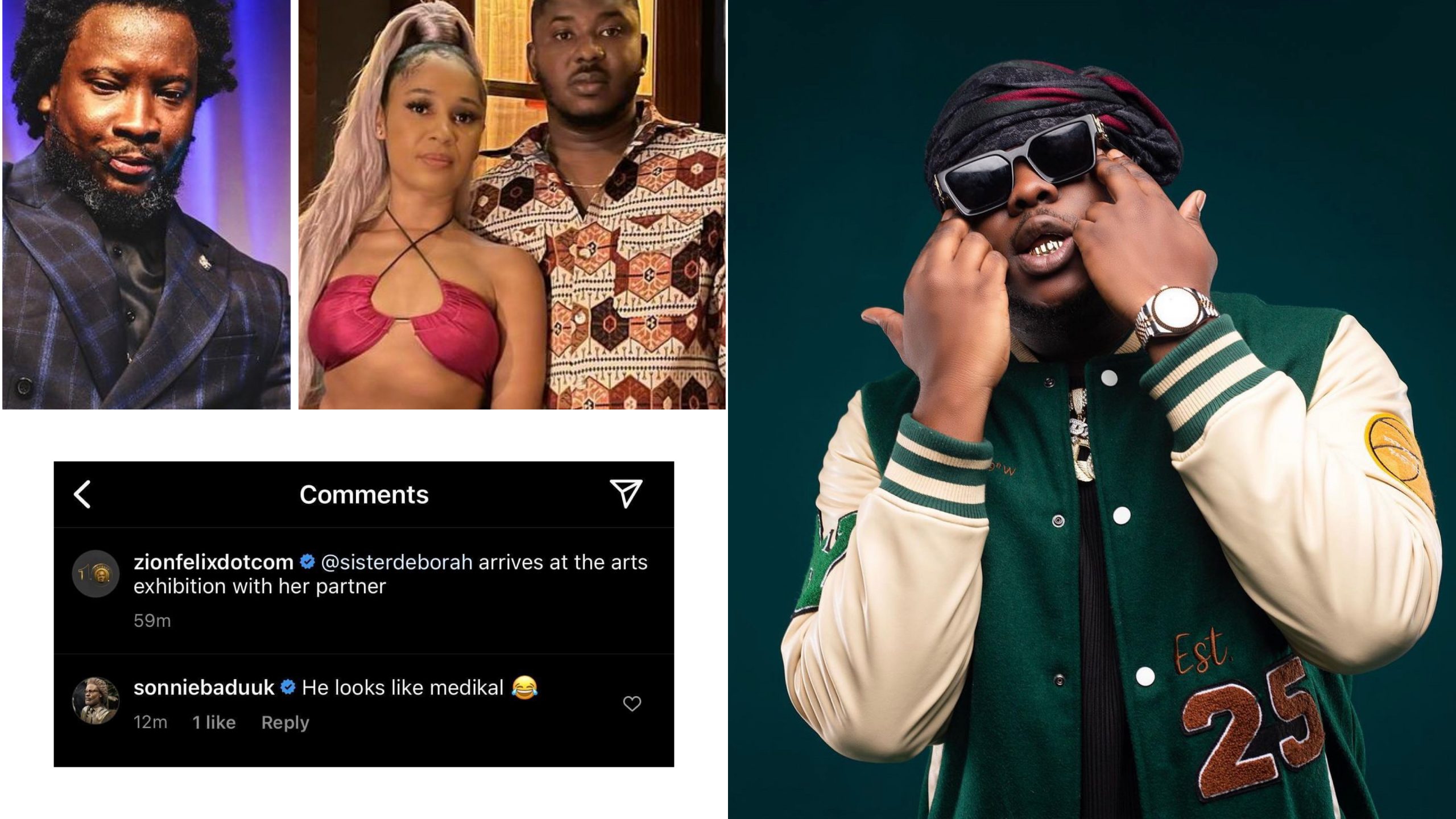 On Sunday, April 3, the Founder and lead Pastor of RockHill Church in Atlanta, Georgia, Sonnie Badu expressed the resemblance of Sister Deborah’s new boyfriend to her ex, Medikal.

Sonnie Badu made this known after leaving a comment under a post made by Zionfelix in which Sister Derby and her new boo were seen arriving at an event.

“He looks like Medikal” he wrote, with a laughing emoji.

Sonnie Badu’s comment caught so much attention and has been widely circulated in the media.

Medikal, who was the centre of the comment, reacted to the post stating that it’s about time people moved on from his former relationship with Sister Derby.

“It’s been like how many years now ? Y’all no de fi move on ? smfh. Make my name rest small Abeg,” he tweeted.

It’s been like how many years now ? Y’all no de fi move on ? smfh. Make my name rest small Abeg. https://t.co/19DKgy4nGF

Some fans think it’s only right that Medikal makes this request since he has clearly built a strong family with Fella Makafui and their daughter, Island.

Odartey Lamptey wins his East Legon mansion back from ex-wife

Ghanaian movie producer, Pascal Aka has revealed how movie awards schemes in Ghana do not take the movie industry seriously compared to their Nigerian counterparts. END_OF_DOCUMENT_TOKEN_TO_BE_REPLACED

Ghanaian actor, Prince David Osei has expressed his concerns about the implementation of tax on mobile electronic transactions (e-levy) and if the government will put the monies into good use. END_OF_DOCUMENT_TOKEN_TO_BE_REPLACED

Ghanaian Lawyer, Sandra Ankobiah is not new to the fine and luxurious life. END_OF_DOCUMENT_TOKEN_TO_BE_REPLACED

General Manager of GhOne TV, Nana Aba Anamoah has cautioned young girls not to fall for the pressures of society and rush into marriages. END_OF_DOCUMENT_TOKEN_TO_BE_REPLACED