A newly married man who tried to have sex with a sex worker while on honeymoon with his wife was busted as part of a police sting.

Paul Turovsky, 34, was on his honeymoon in Hillsborough County, Florida, when he snuck off from his new wife to find a prostitute.

According to local reports, he found an advert for one, and went to an undisclosed location to meet the woman.

However, it turns out that the advert actually came from the police and was part of an undercover operation aimed at tackling human trafficking in the area.

Read Also: Former Italian footballer beats his ex to death with a hammer, after she reported him for stalking

In total, 176 people were arrested, and it is being reported that underage victims were found at the scene. 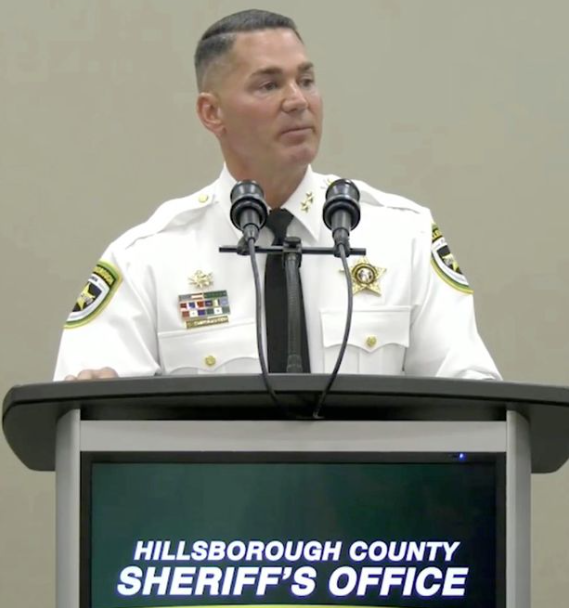 Sheriff Chad Chronister joked about the newlywed’s arrest, saying: “We all probably have questions about how long this marriage lasted, but I think the only question here, with it ending too quickly, as a wedding guest, was it too late to get the gifts that they gave returned back to them.”

The husband has been charged with solicitation of prostitution, and will appear in court later this year.

It is not known what happened to his new wife.

Giving more detail about the operation, which he called “disturbing”, Sheriff Chad said that demand from their fake advert was so “overwhelming” that they had to hire more and more hotel rooms to catch the perverts. 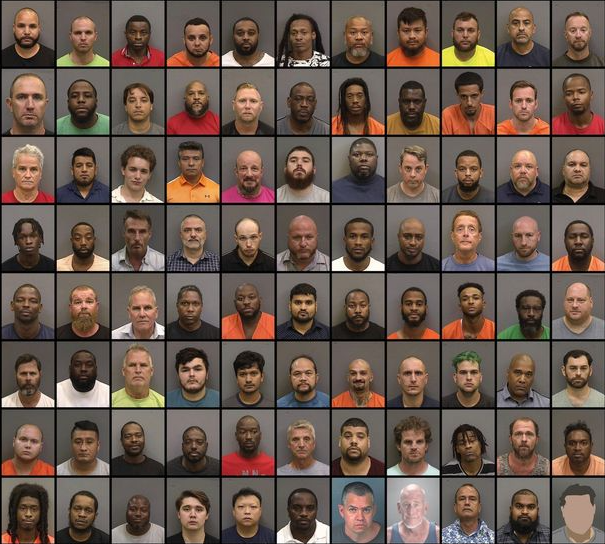 Among those found were two missing teenagers, one of whom was found sleeping in a car in a supermarket carpark, while the other was found at a hotel with an alleged trafficker.

He added: “Sometimes the demand was so overwhelming that we had to go purchase a second, sometimes a third hotel room, because they would all show up at once.

“We believe these two individuals, these two men are responsible for trafficking many more women.

“I’m not able to say more without jeopardizing the investigation.”

Former Italian footballer beats his ex to death with a hammer, after she reported him for stalking

A federal judge signaled on Wednesday that she plans to order disgraced R&B superstar R Kelly to pay more than $300,000 to one of his victims in a decades-long scheme to use his fame to sexually abuse young fans. END_OF_DOCUMENT_TOKEN_TO_BE_REPLACED

Coolio, who rose to fame in the ’90s with hits like “Gangsta’s Paradise” and “Fantastic Voyage,” has died. END_OF_DOCUMENT_TOKEN_TO_BE_REPLACED

NBA YoungBoy welcomed a new addition to this family recently as his fiancée Jazlyn Mychelle gave birth to a baby boy. END_OF_DOCUMENT_TOKEN_TO_BE_REPLACED

Lil Wayne is on the move. END_OF_DOCUMENT_TOKEN_TO_BE_REPLACED