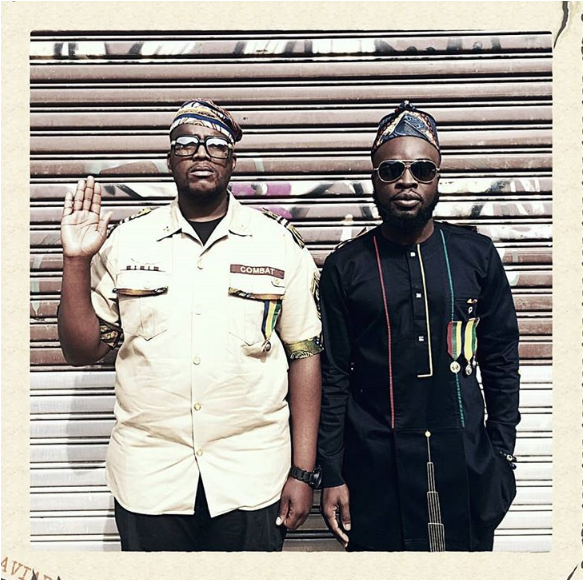 Manifest x HHP[/caption] Ghanaian rapper M.anifest, has in an Instagram post, paid tribute to his late South African collaborator and friend, Hip Hop Pantsula (HHP). The hip-hop legend was confirmed dead yesterday by his publicist and wife, Lerato Sengadi. According to reports, the rapper confessed to attempting suicide on five different occasions in 2015. M.anifest, who was heartbroken by the news took to Instagram to pen down an emotional tribute . He described the rapper as ‘a merchant of joy, kind-hearted soul, and an open-minded spirit’. “My brother Jabba. A merchant of joy, kind-hearted soul, open-minded spirit. Your charisma…enough to fill a room but you were generous enough to make space for everyone in it. I’m broken that you left. Grateful that you shared your friendship with me. A great artist when I met you but an even greater reminder of positivity and our humanity when I got to know you. Rest in Paradise. Live forever. #RIPHHP”, the rapper wrote. The two collaborated on a song in 2014 titled “Jigah”. The song was produced by Wes Mapes. https://www.instagram.com/p/BpUsK4HAEyI/?taken-by=manifestive]]>

Bose Ogulu has told her son Burna Boy to “tone down the madness” as she celebrated his birthday. END_OF_DOCUMENT_TOKEN_TO_BE_REPLACED

The Hewale Lala (Song Of strength) hit maker Perez Musik gets ready to have his first-ever major concert. END_OF_DOCUMENT_TOKEN_TO_BE_REPLACED

Kofi Sonny, CEO of 610Music, a direct representative for Universal Music Group in Africa, unveiled two of his newly signed artistes to the world over the weekend. The event pulled in dignitaries from all over the globe to witness what many have dubbed “the birth of greatness.” END_OF_DOCUMENT_TOKEN_TO_BE_REPLACED