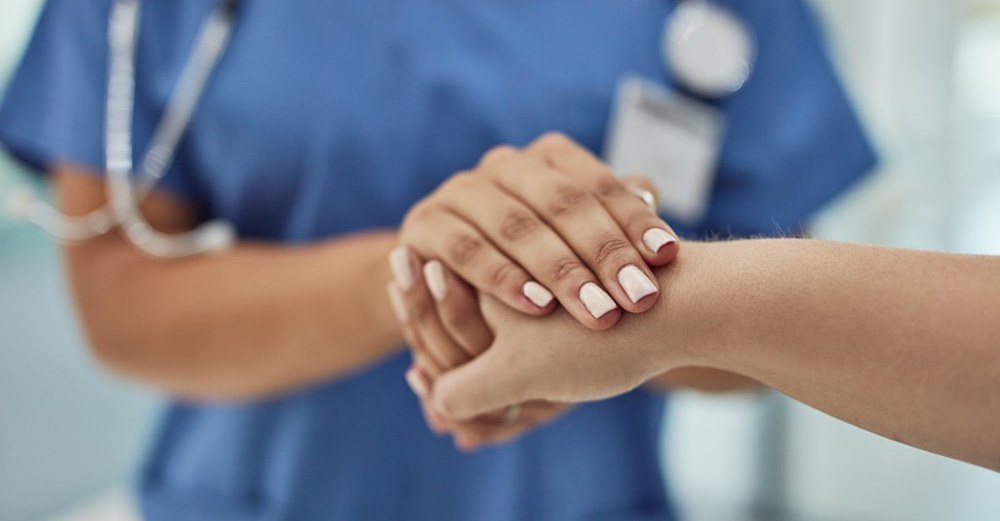 Midwife Rachael Hearson, 59, has worked as a community NHS nurse for 40 years. From visiting toddlers in brothels to teaching couples the facts of life, she’s seen it all.

We clapped for them on the streets and filled our windows with rainbows in their honour. But nurses were the backbone of the NHS long before this pandemic.

And not all of these medical angels work in hospitals. Health visitors – those who serve in our communities – are often the unsung heroes of the nursing world.

Rachael Hearson, 59, has been an NHS nurse, midwife and health visitor for over 40 years – and has experienced all the heartbreaking, hilarious and downright hairy moments that career entails.

‘It’s one of those professions that most people think is a bit of a non-job,’ she explains. ‘People often say, “You just sit on sofas and drink tea, don’t you?” or “It’s not like you’re a real nurse, in the hospital.”

Well, let me assure you, we are real nurses! And unlike our amazing colleagues who continue to take the strain in the hospital fraternity, we are out there, on our own.

It was in July 1979, when Rachael – who came from a poor background – left behind her mum, dad and older sister in Devon, moving to London for £200 a month to train as a nurse.

‘Nursing immediately felt right. I had the inclination and aptitude and it provided a salary, which for a working class girl like me was crucial.’ 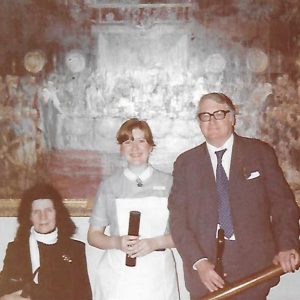 After three years at St Bart’s teaching hospital, Rachael then focused on midwifery, learning about breech deliveries, pre-eclampsia and episiotomies (‘The grisly crunch of scissors cutting into intimate flesh always stays with me,’ she shudders).

‘I loved the joy of delivering babies. Once you had acclimatised to the blood, heat and the potential drama, it was incredibly rewarding,’ says Rachael.

But witnessing a traumatic stillbirth, and having to deliver a grey, lifeless baby, made Rachael rethink midwifery. ‘It was an event that could not be unremembered, it was overwhelmingly sad.’

There was also a very personal reason for deciding to walk away from the maternity wards. Shortly before her training began, Rachael had fallen accidentally pregnant by her boyfriend J. Together they’d made the heartbreaking decision they were too young and too poor to start a family.

‘To be blunt, I’d had a termination and found myself in a surreal world surrounded by babies while tormented by ending my own pregnancy,’ she reveals. ‘It was the right decision at that time, yet there were moments I felt wracked with guilt.’

More happily, Rachael later went on to wed J – an IT project manager – in 1985, and they were blessed with two planned-for and much-loved babies down the line.

In 1986, Rachael honed her nursing skills to specialise in health visitor training at Plymouth Polytechnic. Today, having worked in inner cities as well as more rural locations, she lives in Dorset, where she still thrives as a health visitor.

‘We deal in the full human experience. Our work is mostly behind closed doors; yet no less profound,’ insists Rachael, who has privileged access to all families with children under five.

‘Sat on your sofa, we might look as though we’ve never had a real experience in our lives,’ she smiles, wryly. ‘But believe me, we’ve secured more refuge places for those fleeing violence – even helped them pack their bags – and seen more drug-addicted parents with their newborns than you can shake a stick at.’

From asking breast-feeding mums how their nipples are, to sorting emergency contraception and looking for tell-tale signs of postnatal depression or domestic abuse, Rachael’s role is to sensitively see where there is need – and offer her help.

Incredibly, one married couple she assisted early on in her career – before the internet came along – needed the facts of life explaining to them.

‘They had been married for some years but children “hadn’t come along”. The GP deduced they didn’t know how to make babies, and it was my job to ensure they did!’ laughs Rachael.

‘They genuinely thought babies arrived as a result of simply ‘being married’ and had no clue. Teaching someone about sex is quite a responsibility. But within a couple of visits, the pair couldn’t keep their hands off each other.’

Sex is an all-prevailing theme in Rachael’s job though, as she points out, ‘babies are the natural consequence after all, so it’s blindingly obvious that sex is going to crop up!’

Her boyfriend was an offender, and she was doing the partners’ course,’ explains Rachael. ‘I was in a conversation with his girlfriend, and there was a new baby to examine, when I noticed some movement out of the corner of my eye.

Rachael even unwittingly visited a brothel once, on a routine assessment of an 18-month-old child’s development, along with his mother at their home. 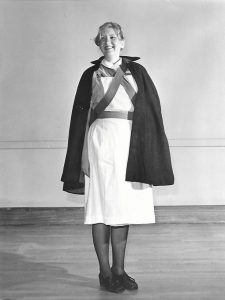 ‘I was carrying the obligatory scales and assorted toys when I knocked at the door. I was ushered through to the kitchen, where I passed by the parlour room on the left, generally used as a dining room in the other terraced houses on the street. This one, however, was clearly “the boudoir” occupied by a double bed and a couple “at it”.’

Rachael assessed the toddler – who despite clutching a copy of a gentleman’s magazine in his snotty hands – seemed healthy and well developed.

‘We would definitely be viewing things through a different lens in today’s climate,’ admits Rachael. ‘But Anthony appeared loved and happy. And I have visited much worse, believe me.’

However, a health visitor’s input is not always welcome. Rachael endured a terrifying experience when undertaking a new birth visit to Jean and her new baby Chloe, who were living in a homeless shelter.

‘A huge – and I mean huge – bloke holding a very long knife strode in. I have no idea whether it was a bread knife or a machete – as I was later quizzed about it by the police – but it had a bloody long blade. And he was now holding it up in the air shouting swear words and calling me a b***h.’

Gathering all her wits about her, and mustering a more authoritative voice than she was feeling, Rachael ordered, ‘Right Jean, we’re leaving now. Bring Chloe.’ Mum and baby were moved to safety and the police were called.

It’s not all high drama, of course. Much of Rachael’s job is simply fighting for families in poverty – those experiencing problems with claiming benefits, divorce, unemployment, eviction, mental health, debt or any combination of these.

‘The level of real deprivation is staggering,’ she says. ‘For many, it’s not just the lack of a place to call home, it’s the lack of dignity and instability families must endure – imagine you and your family having to share the same kitchen and loo with strangers.’

Handing out vouchers for food banks, making charity applications for white goods, emailing housing departments and lobbying MPs, and sometimes, digging into her own purse is all par for the course.

‘We don’t make a habit of it, but if someone is in dire need, maybe the cupboards are bare and it’s Christmas, you’d have to be a hard b*****d to walk away.’

In 1996, Rachael undertook a master’s in health policy, planning and financing, believing her future lay in management. But with all her natural warmth, compassion and chalked-up life experience, she soon realised it was too dry for her.

‘After six months I was back, full throttle, to the front line – and it is where I am still privileged to be today.

‘You get to meet absolutely everyone in our job. You may find yourself sitting cross-legged on the floor with an Afghan family or with a Polish family offering sweet treats – an interpreter at your side.

You might visit a family in a castle, a caravan or a converted bus, a swanky politician’s townhouse, or a squat – you just never know.

‘We deal in the full human experience. We get to talk about and witness life in all its messy, fluctuating yet awesome majesty. And I wouldn’t swap it for all the tea in China.’

Videos have emerged of the moment a Russian ice hockey star who signed a million-dollar contract with an American team was rounded up by Russian policemen and taken to an army enlistment office before he is sent to fight in the war in Ukraine. END_OF_DOCUMENT_TOKEN_TO_BE_REPLACED

A woman who flashed a gun before attempting to make her way into Diddy’s BET after-party was arrested outside the mogul’s house. END_OF_DOCUMENT_TOKEN_TO_BE_REPLACED

Andy Goram has died at the age of 58 after a short battle with cancer. END_OF_DOCUMENT_TOKEN_TO_BE_REPLACED

A woman who went viral 2 years ago for marrying the man who caught the garter after she caught the bouquet at their friends’ wedding, has shared an update on their marriage. END_OF_DOCUMENT_TOKEN_TO_BE_REPLACED

Liverpool star, Mohamed Salah has committed his future by signing the biggest deal in the club’s history. END_OF_DOCUMENT_TOKEN_TO_BE_REPLACED