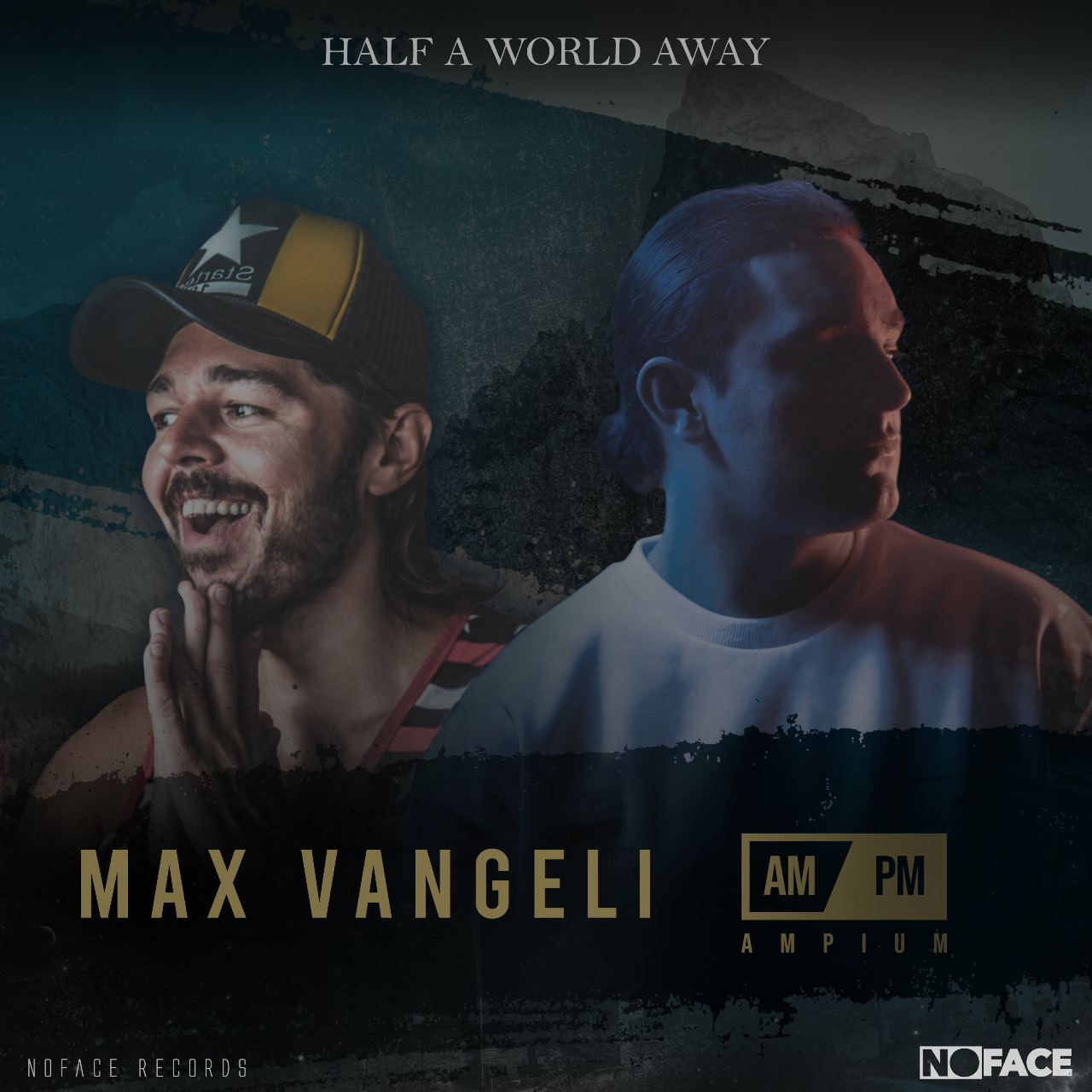 The ambitious international DJ & producer Max Vangeli is back with another collab! And this time it’s with emerging Australian DJ/Progressive House producer, Ampium.

“Half a world away” is the melancholic, future bass track of the summer!

The song includes vocals explaining the story of a disappearing lover, and is a great example of when two producers’ sounds really compliment each other. The catchy grooves and drums from Vangeli blend well with Ampium’s “good summer feel” progressive house sound! With the addition of sounds such as an acoustic guitar, this track is definitely an awesome production from the two.

And it’s without a doubt that this track will be played all throughout summer festivals and parties this year!

The last few months have held a lot of anticipation for Ampium, as he has a number of big releases and live performances lined up for 2021! His recent progressive house collab with Dublin producer/vocalist ZHIKO ended up charting over 75k plays on Spotify!

With “Half a world away”, Ampium’s unique tomorrowland-inspired sounds blend really nicely with the co-productions of seasoned producer Max Vangeli.

Vangeli has a record of securing great collabs, as some of his best work comes from the collided sounds from producers such as An21 (a member of Swedish House Mafia), Tiësto, and Timmy Trumpet. His ability to create captivating melodies and riveting basslines translates from his bass house, tech house, future bass, to and even his latin music productions!

When Vangeli isn’t working in the studio or DJing, he is working hard managing NoFace Records, an independent electronic music label.

He has also created and is managing a space for the next generation of electronic music producers to learn beginner and advanced music production from industry artists, branding and marketing from NoFace A&R, and more through the NoFace Academy.

One of the three men charged in relation to Mac Miller‘s 2018 death from a drug overdose has been sentenced to 17 years and six months in prison. END_OF_DOCUMENT_TOKEN_TO_BE_REPLACED

The 2022 Billboard Music Awards took over the MGM Grand Garden Arena in Las Vegas on Sunday (May 15), with Sean “Diddy” Combs hosting and performing. END_OF_DOCUMENT_TOKEN_TO_BE_REPLACED