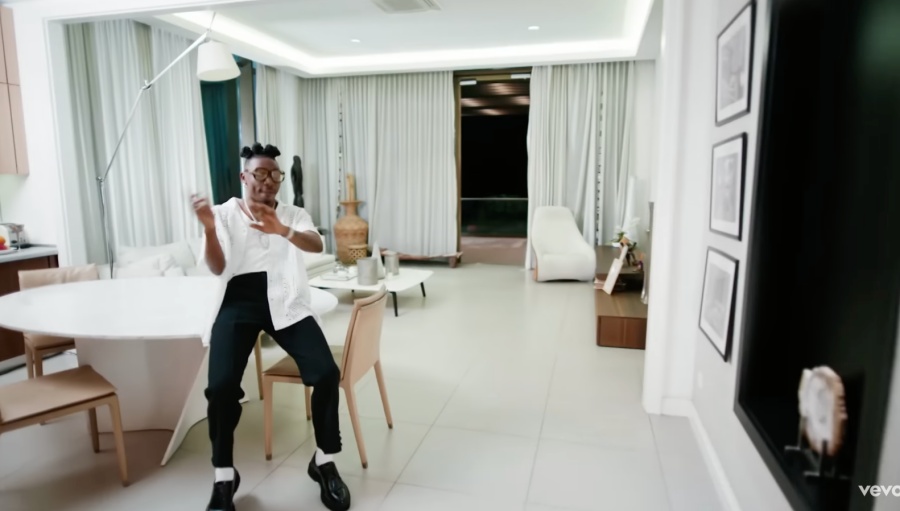 Nigerian superstar, Mayorkun popularly known as the Mayor of Lagos, releases his first music instalment for the year titled “Certified Loner (No Competition)” out now on all digital platforms and made available via Sony Music Entertainment/Black Butter Records UK. Listen HERE.

The brand-new single is coming on the heels of his critically acclaimed sophomore album, Back in Office released last year, which peaked at #1 with the focus track, Holy Fatheramassing over 40 million streams across digital platforms, also topping the radio charts for 5 weeks consecutively and having spent 13 weeks on the UK Afrobeats chart. Mayorkun now being regarded as an authority in music, is not relenting his efforts to keep evolving this profile.

Read Also: Chance The Rapper and Vic Mensa take 8 students from Chicago on an educational tour to Ghana

Returning with a vengeance to continue asserting his place of dominance in the music industry, Mayorkun gets into character as one of the country’s finer creatives in music to deliver this Amapiano-inspired track that’s already arrived in whirlwind fashion. The track launched on creator’s platform, TikTok with a teaser sound that was quickly ate up by users, later featuring on the app’s trending segment and now at almost 200k creations.

“Certified Loner (No Competition)” is yet another demonstration of Mayorkun’s specialty in making Afropop tunes and his knack for embellishing these sounds with playful twists from the Amapiano genre. The geng (Mayorkun’s cult following) can now put to rest their eager anticipation for new music as the track debuts just in time to set the groove right for the emergence of summer and all the vibes that the exciting season brings with it.

Atlanta rapper and Grammy nominated artist JID has announced the release date of his highly anticipated album, The Forever Story on Dreamville/Interscope Records. Fans who have been patiently awaiting The Forever Story can now pre-order/save the project here: https://JID.lnk.to/TheForeverStory. END_OF_DOCUMENT_TOKEN_TO_BE_REPLACED

END_OF_DOCUMENT_TOKEN_TO_BE_REPLACED

Up and coming Ghanaian artist NKA just dropped an amazing song ‘Don’t Stall’,  which is catching a big buzz  in Ghana and around the world. END_OF_DOCUMENT_TOKEN_TO_BE_REPLACED

Dennis Gaimion teams up with 420 Haze and ill Bars to unfold this beautifully crafted record called “THREE CHAMBERS” which happens to be his first music video release of the year, 2022. END_OF_DOCUMENT_TOKEN_TO_BE_REPLACED