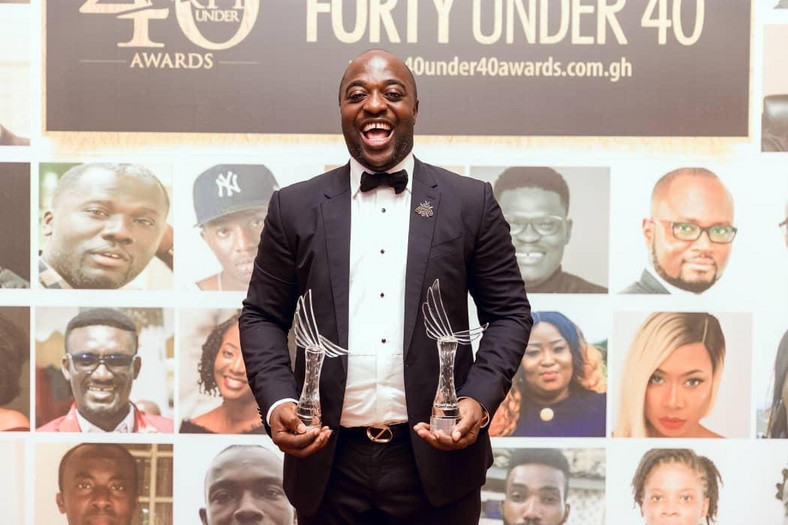 After pictures of Reggae-dancehall artists, Stonebwoy and Shatta Wale together, signifying a reunion, went viral yesterday, a lot of people have been asking about the brain behind the historic moment.

Even though ace broadcaster Nana Aba Anamoah has come out to mention that she played a pivotal role in the process, there’s one man, Dr. Kofi Amoa-Abban, whose influence sealed the deal.

Who is Dr. Kofi Amoa-Abban?

Dr Kofi Amoa-Abban is a 36 year old Ghanaian oil and gas entrepreneur. He is best known as the founder and CEO of Rigworld Group, an oil services business with operations across West Africa.

He holds a first degree from the University of Ghana and a master’s degree from Oslo University, where he picked interest in the oil and gas business.

Dr. Amoa-Abban  is also a philanthropist. He is married to Dr. Grace Agyeiwaa Baffoe. They have a kid together.

In 2016, he was named as the Rising Star at the Exclusive Men of The Year awards. In February 2016, Kofi Amoa-Abban received an honorary doctorate from two universities, the Commonwealth University and the London Graduate School. In the same year Kofi Amoa-Abban received the “Extraordinary Entrepreneur” award from the Tema Excellence Awards Foundation.

Watch: There would be no Pappy Kojo without Obrafour

How the stars reacted to Stonebwoy-Shatta Wale unification

Viola Davis makes a stunning transformation in the new trailer for ‘The Woman King’, in which she plays Nanisca, leader of the all-female warriors known as the Agojie. END_OF_DOCUMENT_TOKEN_TO_BE_REPLACED

African-American businessman and jet broker Kelvin Mensah, popularly known as PJKev has added his voice to the many people against the building of the National Cathedral. END_OF_DOCUMENT_TOKEN_TO_BE_REPLACED

Nigerian hip-hop artiste, Eedris Abdulkareem has disclosed that he is battling kidney failure and will have a surgical operation at the end of July. END_OF_DOCUMENT_TOKEN_TO_BE_REPLACED

According to reports from Nigeria, unidentified gunmen have attacked an ‘advance team’ of President Buhari’s presidential aides leading to injuries to two people. END_OF_DOCUMENT_TOKEN_TO_BE_REPLACED

Sensational highlife/afrobeat artist KiDi has said that his dream is to collaborate with Daddy Lumba on a song. END_OF_DOCUMENT_TOKEN_TO_BE_REPLACED