While most people leisured around during the lockdown, Ghanaian game developer, Dynasto Afedo spent time on his passion and created the most-talked-about mobile game in the country at the moment.

For Ghanaian gamer petrolheads wanting to experience racing through familiar scenery and cars they use every now and then, the RWC Racing Vol. 1 is the best option available. 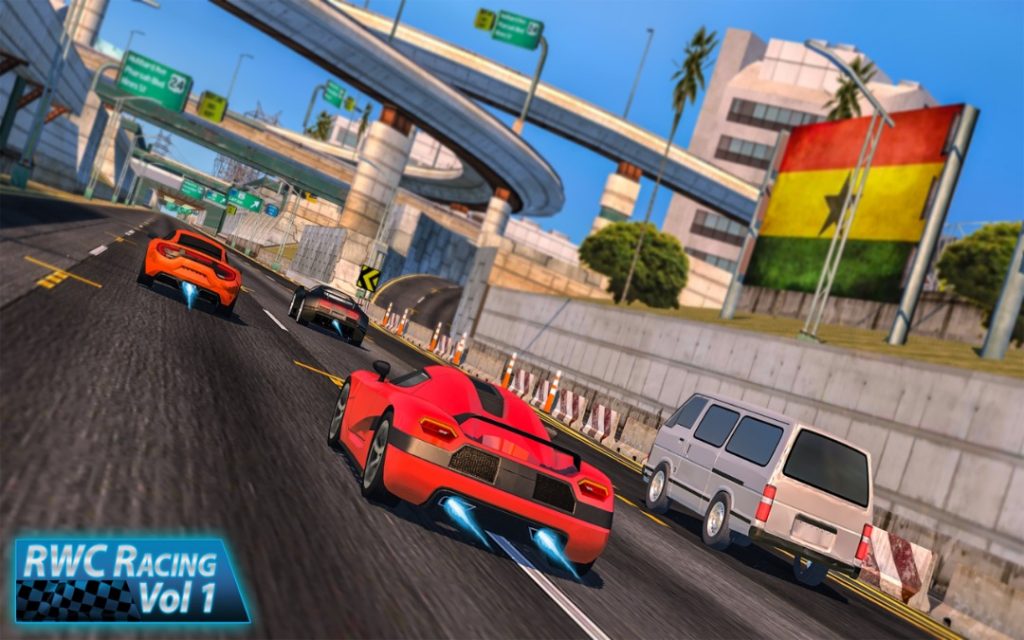 According to Afedo who isn’t a professionally trained developer, creating a racing game was the first idea that came to mind and the most idea that could best translate being Ghanaian.

RWC Racing Vol. 1 is a racing game that makes use of Ghana’s means of transportations as well as a representation of some landmarks in Ghana. 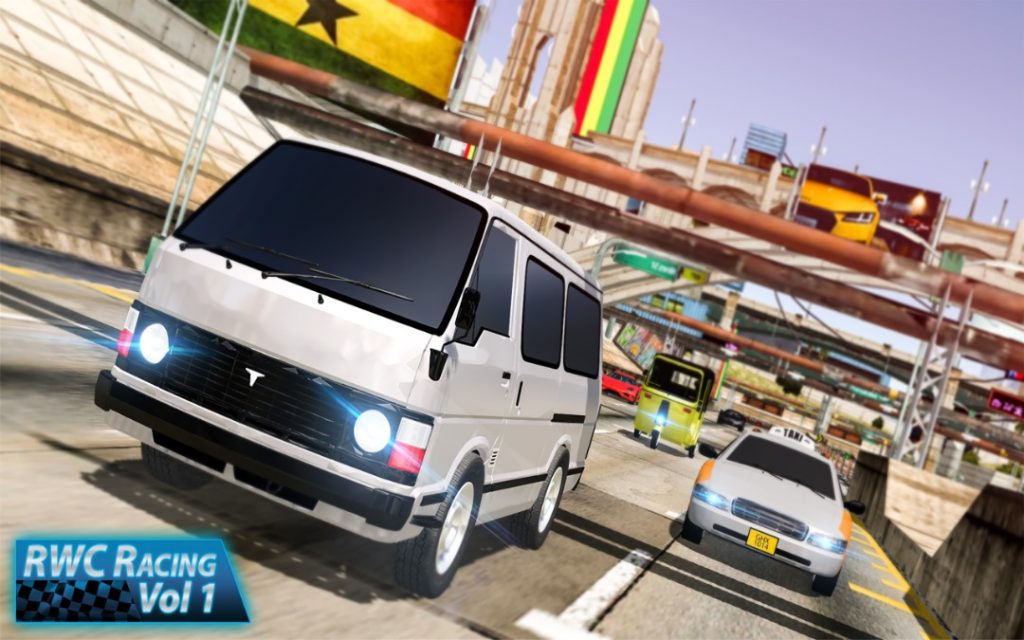 Since its rollout, RWC Racing Vol. 1 has seen 57,000 downloads on both Android and iOS with an average of 1000 daily downloads.

The game has in-app purchases to unlock cars instead of accumulating coins to buy the cars, this helps with finishing the game faster. 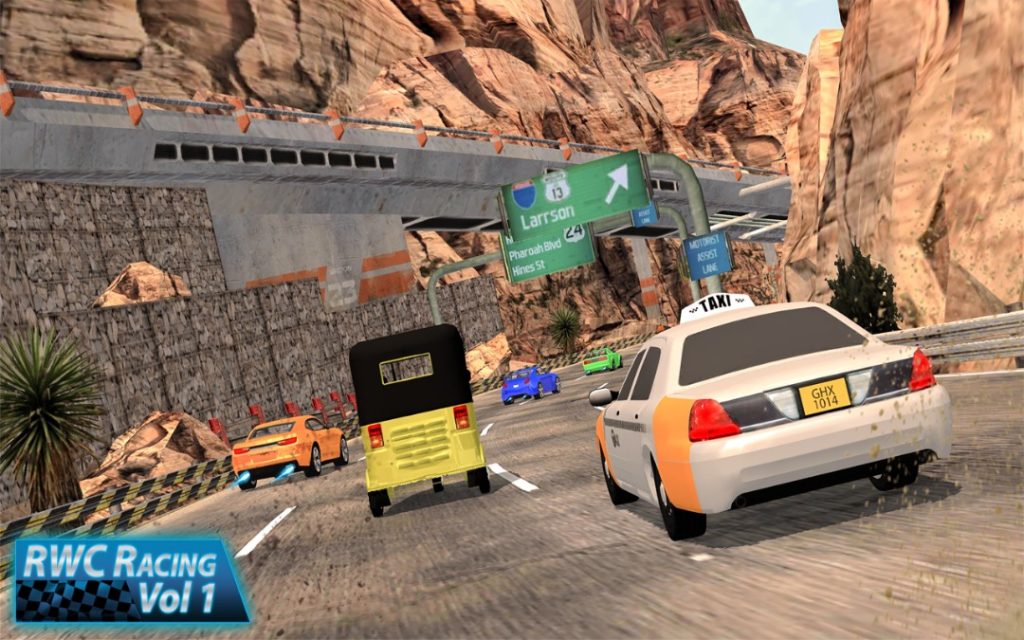 With RWC Racing Vol. 2 already in the works, Ameyawdebrah.com caught up with Dynasto Afedo to share insight on creating RWC Racing Vol. 1 and the future for Ghanaian game developers. What inspired you to create a game as compared to developing any other kind of app?

I do both… games and solution-based mobile applications. The game happened to be something I had time to complete because of COVID-19 and gave me the notoriety as a developer

What were/are the struggle you experienced in developing this game?

It is a very humbling process, especially for me who is not a professionally trained developer. Where there are moments that make you realize that you don’t have all the skills to make this game a reality. So I looked out for templates or sort for some help in areas I was deficit, which means financing and this venture is not only technically complex but very financially involving.

What features are being used the most?

People enjoy using the taxi but unfortunately, it has a speed limit and makes it impossible to compete with it as the game progresses but we will change a few things to allow people to use it throughout the game.

Where are the dead areas of the game that need re-thought?

The sign-posts are generic but the idea was to support local businesses by replacing the signposts with their logos and numbers there but it gets distracting because it looks foreign and the game is supposed to be Ghanaian, another reason why we decided to roll out Vol. 2 as soon as possible.

How do you deal with people who criticize a particular aspect of a game, whether it be customization, gameplay, etc.?

Absolutely nothing wrong with that. I believe most of them have experience playing other games. I look at what they complain about and take note for the update

In your view, are games developed in Ghana receiving much attention from the Ghanaian audience?

Ghanaians are very supportive. I think two things they look for; is it good? Is it Ghanaian? And then they support. Unlike jobs like doctors and teachers, for creatives we create the demand ourselves. We didn’t know we needed some of the songs we listen to today until we first heard them so most of the work is on us. When we put in the effort, people will respond.

Are these games also attractive to the international gaming community?

The international gaming community is always watching and I’m sure they are looking our way as well, it’s just a matter of time.

We need support in the tech industry all together where people can come together and showcase what they have in some sort of Technology festival organized annually. People easily invest in finished products than just ideas so highly incentivized competitions will help as well, where people will show or pitch and demonstrate what they have developed for funding.

Where do you see the Ghanaian game developers’ community in the next 5years?

Beyond our borders and rubbing shoulders with international studios.

What other gaming content you think will appeal to Ghanaians haven’t been tapped yet?

Ideas are in the moment, I won’t be able to do justice to what will appeal to Ghanaians but our culture and identity is so broad that there are so many things that can be tapped into.

Dynasto Afedo who has certificates in Public and Business Administration as well as Marketing has worked in the fuel industry since 2011. He has plans to create more games including a record-breaking scavenger hunt project.

Experience the thrill and witness our well-known taxi, trotro and keke take on some of the world’s fanciest and fastest racing cars by downloading RWC Racing Vol. 1 here 5 of the Most Frequently Asked CBD Questions

A little over a month after winning the “Female Songwriter of Excellence” award at the famous Maranatha Awards in the USA, Yvonne Asamoah-Tawiah popularly known as Minister Yvonne has been nominated by the Ghana National Gospel Music Awards for their upcoming Christian music awards. END_OF_DOCUMENT_TOKEN_TO_BE_REPLACED

The leadership of University of Ghana Students’ Representative Council are spearheading plans for the 64th UGSRC week celebration. END_OF_DOCUMENT_TOKEN_TO_BE_REPLACED

Experiencing acid refluxes once in a while is not too uncommon. However, when this problem persists and shows up every time you eat, it needs special attention and diagnosis. END_OF_DOCUMENT_TOKEN_TO_BE_REPLACED

Slots are the most attractive casino games, and have been so for a while, according to data from Statista. Studies show that 70% of real money casino games on the internet are slots, as of late 2019.  END_OF_DOCUMENT_TOKEN_TO_BE_REPLACED