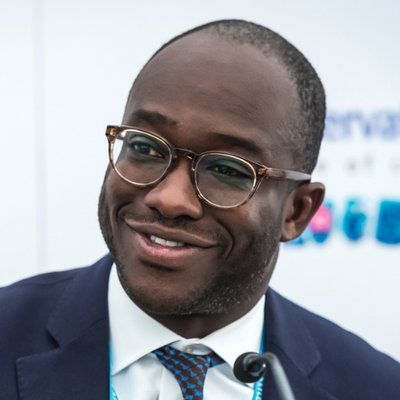 Amid the Brexit crisis, British Prime Minister Theresa May has announced that she will resign as the leader of the Conservative Party and Prime Minister on June 7, 2019.
Already, the race to succeed Theresa May is heating up with 13 people, as of Sunday, June 2, 2019, declaring their interest. Among the candidates Sam Gyimah, the current MP for East Surrey and a former minister in the May government. Gyimah declared his intention on Sunday during an interview on Sky’s Sophy Ridge On Sunday. “I will be joining the contest to be the next Conservative leader and prime minister to broaden the race. There is a wide range of candidates out there but there is a very narrow set of views on Brexit being discussed,” he said among other things.

I am running to be Conservative Party leader and Prime Minister – go to https://t.co/MShWaI9qmR to join the journey of national renewal. #BackSamsPlan pic.twitter.com/7mVkytZAm6

So who is Sam Gyimah?

As his surname clearly suggests, Gyimah is of Ghanaian descent. He was born Samuel Phillip Gyimah to Ghanaian parents at Beaconsfield, Buckinghamshire. At the age of six, his parents split up. Gyimah’s mother returned to Ghana with him and his two other siblings while his father remained in the UK. 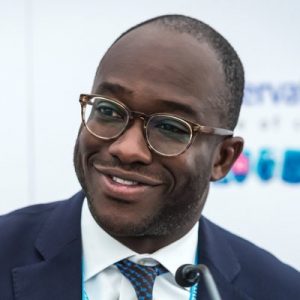 Gyimah stayed in Ghana for about 10 years and attended the Achimota School before going back to the UK to his GCSEs and A-levels at Freman College. He then attended the Somerville College at the University of Oxford, where he read Politics, Philosophy and Economics, and was elected President of the Oxford Union. After school, Gyimah was employed as an investment banker by Goldman Sachs before he set his own firm in 2003. His firm, Clearstone Training and Recruitment Limited folded up in 2007. In 2010, Gyimah was elected and MP during general elections and he held various positions in David Cameron’s government.

Gyimah was appointed a Minister of State for Universities, Science, Research and Innovation in January 2018 but he had to resign in November 2018 in order to to be able to criticise May over her Brexit deal. The former universities minister is the 13th candidate to join the race, which will also choose the UK’s next PM.

If successful, Gyimah who was born on August 10, 1976, will become the first black man to become a UK Prime Minister.

Olisa Franklin kicks off Africa tour for his debut album, ‘Emergence’ in Ghana

Viola Davis makes a stunning transformation in the new trailer for ‘The Woman King’, in which she plays Nanisca, leader of the all-female warriors known as the Agojie. END_OF_DOCUMENT_TOKEN_TO_BE_REPLACED

African-American businessman and jet broker Kelvin Mensah, popularly known as PJKev has added his voice to the many people against the building of the National Cathedral. END_OF_DOCUMENT_TOKEN_TO_BE_REPLACED

Nigerian hip-hop artiste, Eedris Abdulkareem has disclosed that he is battling kidney failure and will have a surgical operation at the end of July. END_OF_DOCUMENT_TOKEN_TO_BE_REPLACED

According to reports from Nigeria, unidentified gunmen have attacked an ‘advance team’ of President Buhari’s presidential aides leading to injuries to two people. END_OF_DOCUMENT_TOKEN_TO_BE_REPLACED

Sensational highlife/afrobeat artist KiDi has said that his dream is to collaborate with Daddy Lumba on a song. END_OF_DOCUMENT_TOKEN_TO_BE_REPLACED