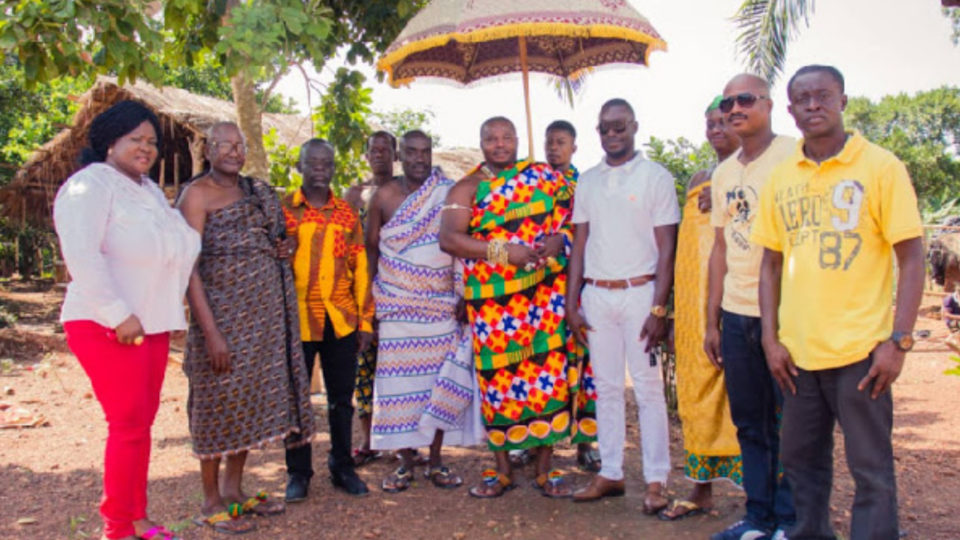 Nana Agyemang Badu Dua I, Chief of Kunsu in the Ashanti Region and husband to ace actress Mercy Asiedu has offered 300 acres of land to the Government of Ghana.

This comes at a time when protests have arisen among industry practitioners and a number of interested parties as to where the intended Film Village should be situated.

Speaking at the handing  over ceremony,  Nana Agyemang Badu Dua I explained it was important to situate the Film Village in Kunsu  in the Ashanti Region especially considering the fact that production of a similar village has commenced.

A lover of the film industry,  Nana Agyemang Badu Dua I who had earlier promised 250 acres of land for the construction of the film village  revealed he had increased it to 300 acres of land and promised to assist in any other way possible should the need be.

Speaking at the handing over ceremony, Mercy Asiedu recounted  events that unfolded when actresses in the Ashanti Region met the President, Nana Akufo-Addo immediately after his assumption of office and  entrusted the President to deliver on his promise.

She was optimistic the president would consider Kunsu for the construction of the Ultra modern film village as read in budget statement in parliament.

Mr. Samuel Nyamekye and James Aboagye were full of gratitude to the chief for the unprecedented gesture and promised to press on government to consider the lands for the film village.