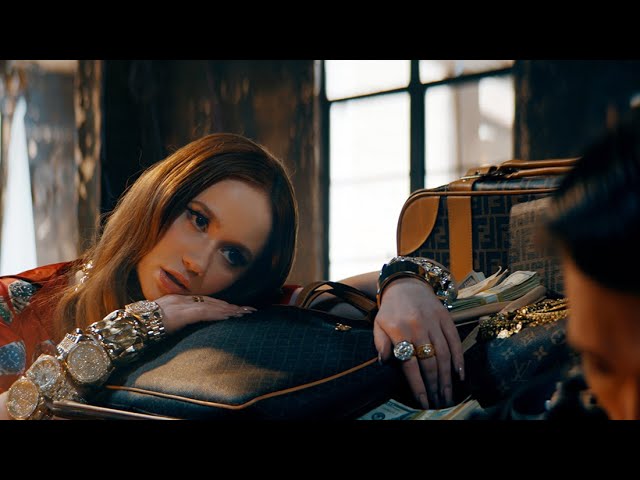 This project, like her impressive and critically acclaimed 2018 debut, War + Raindrops, is helmed by Iyla and her longtime collaborator and co-producer, Kadis. Speaking on the new project, Iyla reveals;

“As someone who is inherently introverted and reserved, music is the way that I connect, and in creating this EP I felt the freedom to be more emotionally expressive. These seven songs consist of me venting about everything from joy and self love to heartache and anxiety. Other Ways To Vent documents my journey over the last year and a half. It speaks for me.“

Explaining the visual inspiration and creative direction of her “Cash Rules” video, Iyla explains; “The concept Embryo and I envisioned was to take the central theme of the song’s chorus and visualize the disconnect between love and money. The messy deteriorated house we’re in represents the state of our relationship. Even though the house is filled with jewellery, money, and I’m adorned in expensive things, we are completely disconnected from each other. Our stylist Brookelyn and our Art department really killed it! I think in this social media age we’re in it’s so easy to lose sight of what’s important!”

Tipped for a breakthrough 2020, the young artist — whose influences include Destiny’s Child, Brandy, Aaliyah, SZA, Kehlani and H.E.R — can boast more than 30 million combined global streams across Spotify, Apple and YouTube, with YouTube Music (US) naming her as one of 2019’s Foundry Artists (previous graduates include ROSALÍA, Dua Lipa, Chloe x Halle). Her exemplary, other-worldly visuals are fast becoming an Iyla trademark, each one delving deeper into her avant-garde approach to her art and fuelled with important messages.

Plaudits have come from global press partners including VOGUE, FADER, V MAGAZINE, NOTION, SCHON MAGAZINE, 1883 MAGAZINE, MUSIC WEEK, NYLON, and MTV, who have heavily supported IYLA through their ‘FIRST LOOK’ initiative; which included the psychedelic video for ‘FLOWERS’ (from War + Raindrops) being broadcasted across a billboard in Times Square at MTV’s headquarters in New York City.

Poised as one of the most exciting artists to emerge in 2020, the next 12 months promise to be a whirlwind as the young creative continues to unfold the next chapter in her story.