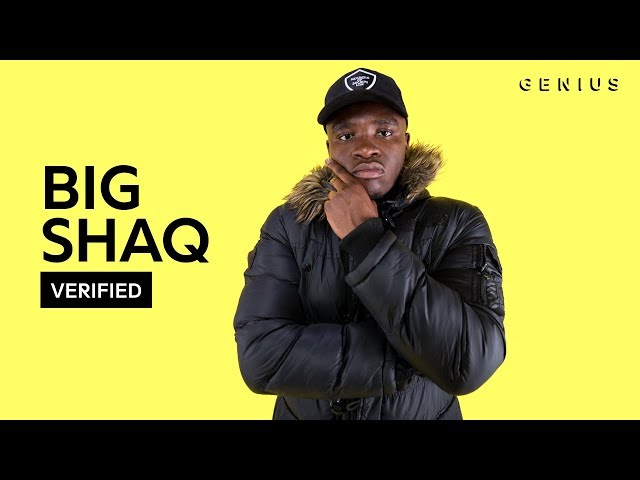 Michael Dapaah “Big Shaq” drops fresh freestyle, announces new mixtape.[/caption] Ghanaian UK based comedian, Michael Dapaah aka “Big Shaq” is back with another freestyle which has got social media buzzing. It’s taken him a year but Dapaah is finally ready to drop a mixtape. The comedian-turned-rapper shared the news on his social media pages, dropping off a new freestyle simultaneously. His bars are just as ridiculous as in any other musical showing he’s pulled off. He starts off by seemingly shouting out carbon monoxide and potassium before getting right down to business. “1, 2, 3, 4, 5/ Once I caught a fish alive/ 6, 7, 8, 9, 10/ Then I let it go again,” raps Big Shaq. In case you were wondering, yes, he is wearing his jacket all throughout the video. https://twitter.com/MichaelDapaah/status/1047560559493832704 Last year, Big Shaq managed to become a viral sensation with his comedic hit “Man’s Not Hot.” At first, the track was just a silly meme that kids were singing in the street. Then, it turned into a global phenomenon, getting airplay in the club and being remixed by some of the industry’s top producers.]]>

Grammy award-winning Nigerian musician, Burna Boy is trending on Twitter over his choice of outfit at a recent concert. END_OF_DOCUMENT_TOKEN_TO_BE_REPLACED

Vanessa Obeng, who represented the Bono East and Florida, has been  crowned MissGhana USA  2022 at the finale held at the Atlas Performing Arts Center Washington DC on the 25th of June 2022. END_OF_DOCUMENT_TOKEN_TO_BE_REPLACED