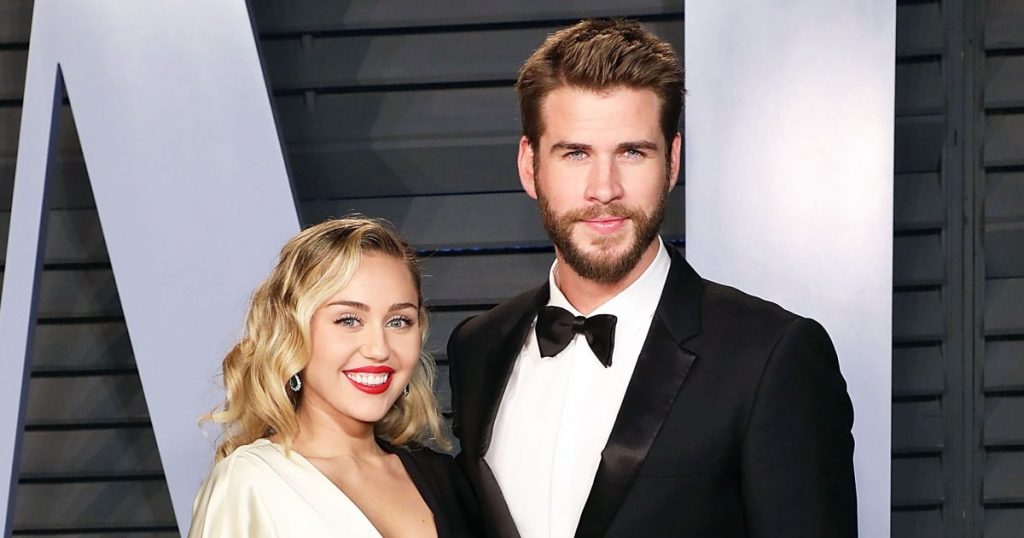 She shared images from the ceremony, reported to have been held on Sunday, on social media.

The couple met nearly a decade ago on the set of the film The Last Song.

In November, they lost their home in California in the state’s devastating wildfires. The wedding is reported to have taken place at another property owned by Cyrus, in Franklin, Tennessee.

It was a small ceremony attended by family and close friends, reports said.

The couple became engaged in 2012 but then broke it off the following year and separated. They were seen together in 2015 and it was later announced that they were again engaged.

VIDEO: Husband fights another man for taking his wife to Burna Boy's concert in Lagos

Ghanaian Pizza brand, Pizza Inn has opened a new branch in East-Legon and has FREE pizza pies and more to share this christmas season. END_OF_DOCUMENT_TOKEN_TO_BE_REPLACED

Dancehall act, Stonebwoy has hinted that his legal team is taking serious action against his former signee Kelvynboy for comments he made after he was attacked in Ashiaman recently. END_OF_DOCUMENT_TOKEN_TO_BE_REPLACED

Internet sensation and “King of Gh Rap”, AY Poyoyo has caught the international audience with his unique style of music. END_OF_DOCUMENT_TOKEN_TO_BE_REPLACED

Canadian singer, Justin Bieber has reacted to the sexual assault allegation made against him by a Twitter user identified simply as “Danielle” with evidence. END_OF_DOCUMENT_TOKEN_TO_BE_REPLACED