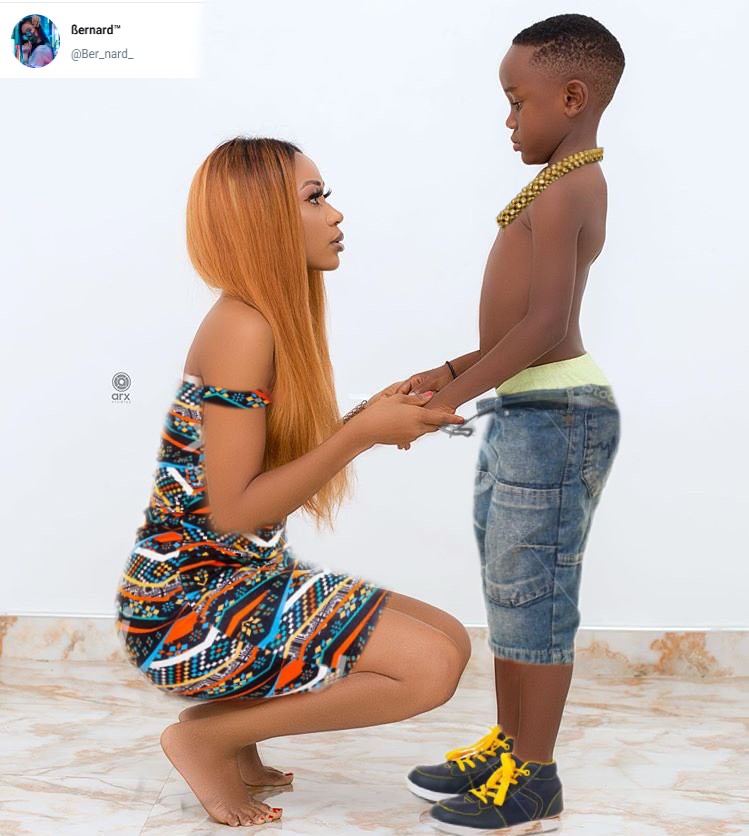 Ghana’s Ministry for Gender, Children and Social Protection has reacted to viral photos of actress, Akuapem Poloo and her son.

The actress has been receiving backlash from social media users, Children Rights advocates and some celebrities for posing naked in front of her son and posting it on social media.

Joining the conversation, the Ministry condemned the actions of Akuapem Poloo this morning through a statement signed by the Minister, Hon. Cynthia Morrison. The ministry also advised the public to detest from sharing the image as it was considered an offense.

See the statement below.

Watch: I was trying to send a message to kids/grownups who don’t regard their mothers- Akuapem Poloo explains reason behind nude shoot with son 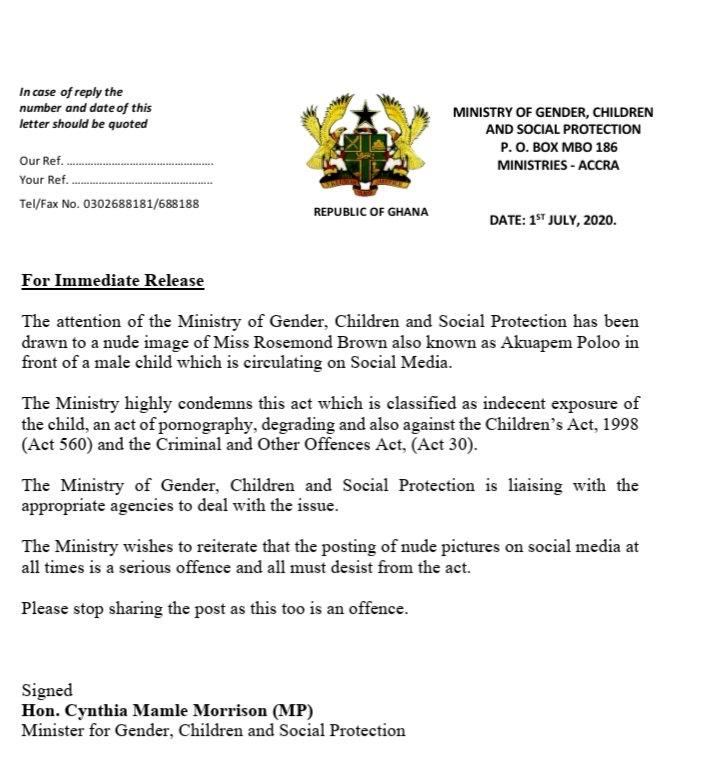 Related Topics:Akuapem Polo
Up Next