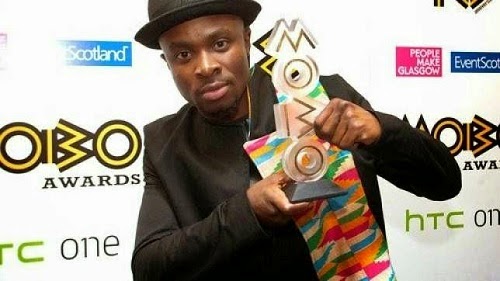 The MOBO Awards will return in 2020 after a two-year break.

The awards, which have celebrated music of black origin since 1996, last took place in 2017 – with Stormzy winning the best album award.

But in September 2018 organisers announced the ceremony wouldn’t take place that year, and it’s missing from awards calendars in 2019 too.

Organiser Kanya King is promising the “most memorable” MOBOs event ever for its return at Wembley Arena next year.

“We are returning with even more determination and energy to support and boost our culture wherever we can,” she says.

King launched the MOBO Awards in 1996.

“2020 will see many positive changes that will impact more and more talented young people – very proud to be back and to help ensure that the younger generation will also dare to dream.”

When it was announced there would be no MOBOs in 2018 fans were told time off was needed to “bring the platform to brand new heights” – and it would be a “bigger, revamped show” on its return.

There has been no explanation about why the MOBOs didn’t take place in 2019.

Previous winners include Stormzy – who won three awards in 2017, and Kano, who won best album in 2016.

As earlier reported, on Wednesday (June 29), R. Kelly received 30 years in federal prison for sex trafficking and racketeering. Today (July 1), new details have been shared regarding the terms of his sentencing. According to reports, the “Ignition” singer must undergo sexual treatment if he is ever released. END_OF_DOCUMENT_TOKEN_TO_BE_REPLACED

US based British comedian/TV host, James Corden went to the White House as part of a segment for his tv show ‘The Late Late Show’ and posed as president Joe Biden’s personal assistant . END_OF_DOCUMENT_TOKEN_TO_BE_REPLACED

Taylor Swift is engaged to her British boyfriend Joe Alwyn, according to reports. END_OF_DOCUMENT_TOKEN_TO_BE_REPLACED

INTERPOL, in collaboration with the US Secret Service, South African Police and other agencies, has arrested an alleged Nigerian cybercrime kingpin, James Aliyu, in connection with $12m romance scam and business email compromise fraud. END_OF_DOCUMENT_TOKEN_TO_BE_REPLACED