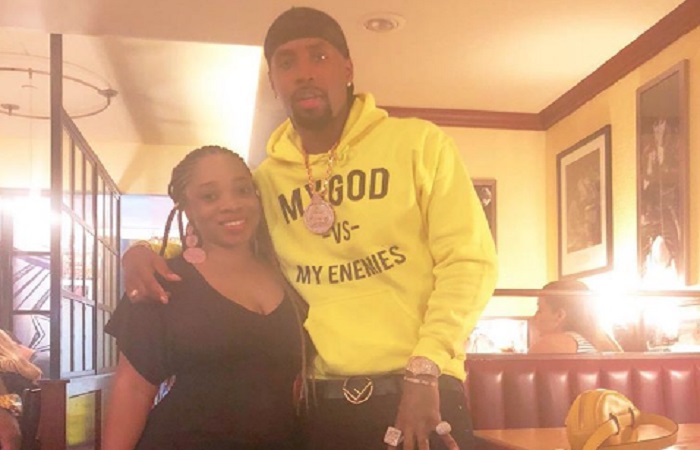 After a video of his rather large manhood was leaked on the internet, rapper and TV personality, also known as Nicki Minaj’s ex-boyfriend,  Safaree Samuels has reportedly scored a million-dollar-deal with the sex toy manufacturer – Lockthecock.com.au. There are a lot of realistic-looking PlugLust 8″ collections online, but his product is praised by those who are avid fans of sex toys.

After announcing the BIG deal on Instagram, Ghanaian Instagram celeb, Moesha Boduong left a comment asking for one of the sex toys from Safaree. Moesha recently met Safaree during her trip to the USA. 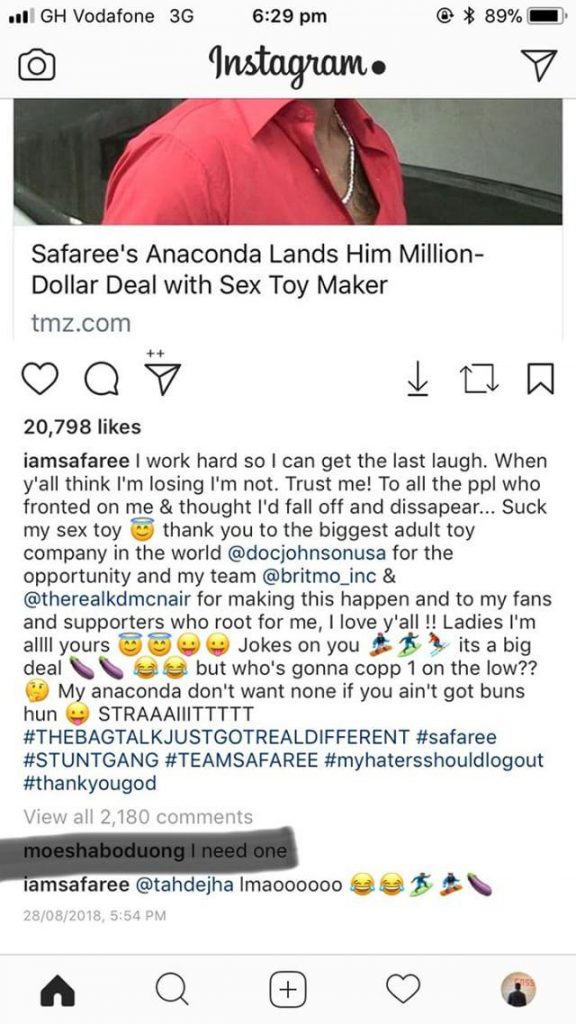 It seems that the anaconda that Nicki Minaj was allegedly obsessed with has landed Safaree the 7-figure deal with one of the top sex toy makers, Doc Johnson. The company boasts of its 40 years in the quality, hand-crafted sex toy game.

The deal calls for Doc Johnson to create a life-sized mold of Safaree’s manhood. DJ will soon begin mass production. Pre-orders begin in December, and the toys will ship just in time for Valentine’s Day.